ASX-listed Lithium Australia has inked an exclusive licensing agreement covering Europe with a Germany-based resources group that paves the way for its proprietary “LieNA” fine-spodumene conversion technology to be commercialised. Under the terms of the exclusive licence agreement, Deutsche Rohstoff AG has indicated it intends building a LieNA pilot plant in Europe. 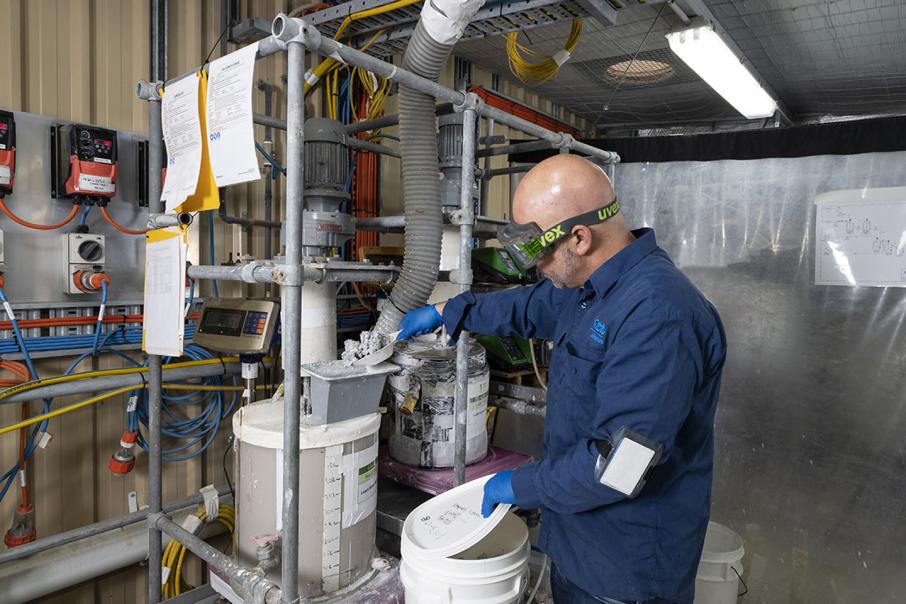 ASX-listed Lithium Australia has inked an exclusive licensing agreement covering Europe with a Germany-based resources group that paves the way for its proprietary “LieNA” fine-spodumene conversion technology to be commercialised. Under the terms of the exclusive licence agreement, Deutsche Rohstoff AG has indicated it intends eventually building a commercial LieNA plant in Europe.

The issue of the exclusive LieNA licence involves Deutsche Rohstoff acquiring 3.125 million Lithium Australia shares for $250,000 and paying Lithium Australia $400,000 upon the tabling of a positive, European-based pre-feasibility study.

Deutsche Rohstoff will also subscribe for a further $400,000 in Lithium Australia shares when construction of a pilot plant has been completed.

Lithium Australia will also receive a 2 per cent gross royalty on any lithium product generated through the LieNA process in Europe.

The Perth-based company's LieNA spodumene conversion and lithium recovery process directly digests fine and or low-grade spodumene ore in a caustic solution at an elevated temperature and pressure to produce lithium sodalite, a solid aluminosilicate mineral.

Lithium is then readily leached out with acid.

Significantly, Lithium Australia says LieNA can be applied to much of the spodumene discharged to waste by existing concentrators.

According to the company, LieNA does not require energy-intensive and expensive roasting and its water utilisation is better than that of conventional processes.

Spodumene ore is the most common hard-rock source of lithium for the production of critical battery chemicals.

Lithium Australia has already started the ball rolling on the development of a pilot plant in Australia that will showcase the LieNA technology and put the process through its paces.

Construction of an autoclave, the principal component of the pilot plant, has kicked off in India.

The company says it anticipates delivery of the autoclave to Australia in October this year and the overall pilot plant fabrication at the Australian Nuclear Science and Technology Organisation’s Lucas Heights facilities in NSW to be finished before the end of the year.

Drilling undertaken at Essential Metals’ Pioneer Dome lithium project in WA has provided spodumene-bearing samples from which a spodumene concentrate will then be produced by ALS Metallurgy and used as initial feed for the LieNA pilot-plant test runs.

Lithium Australia says the feed will be treated to produce a refined lithium phosphate product suitable for the direct production of lithium ferro phosphate battery cathode powder without the requirement for a lithium hydroxide or carbonate precursor.

Management says lithium phosphate is easier to refine and commands a higher price compared with hydroxide and carbonate.

LieNA’s efficient processing of fine and or contaminated spodumene also potentially removes an area of low recoveries inherent in the lithium sector, according to the company.

Lithium Australia and ANSTO have recorded a lithium recovery rate of more than 85 per cent via LieNA during prior extensive bench-scale testing.

The company hopes the LieNA development program will culminate in a preliminary feasibility study to evaluate the technology’s viability in a number of jurisdictions.