ASX-listed Lithium Australia is looking to secure another place in the burgeoning battery metals business as it plans to spin out its non-core assets into a new IPO to be known as Charger Metals. The company will retain a 30 per cent stake in Charger ahead of its proposed listing on the ASX. 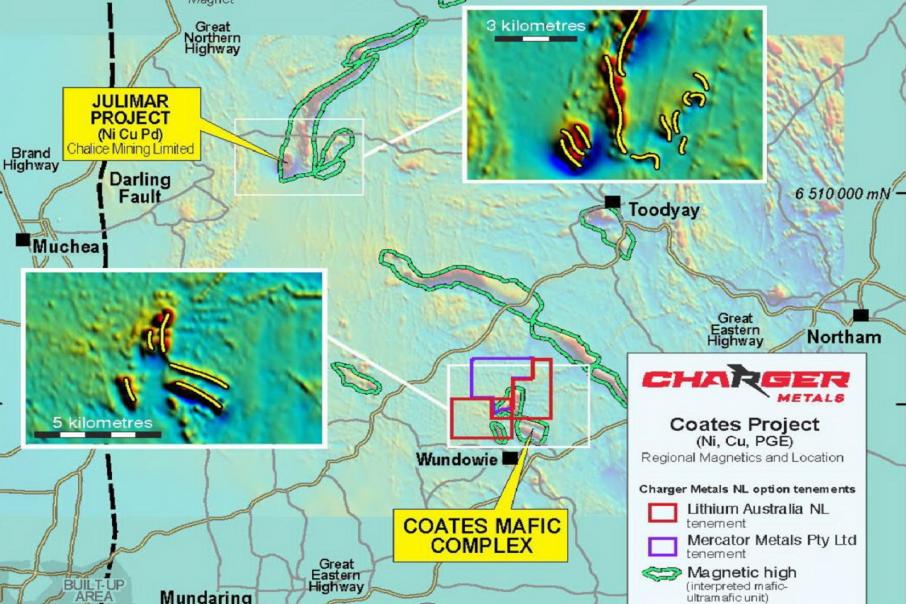 ASX-listed Lithium Australia is looking to secure another place in the burgeoning battery metals business as it plans to spin out its non-core assets into a new IPO to be known as Charger Metals. The company will retain a 30 per cent stake in Charger ahead of its proposed listing on the ASX.

Lithium Australia remains committed to its core business function of creating a sustainable supply of energy metals products to the lithium battery industry, with the recycling of old lithium-ion batteries to also play a key role in its plans. The company is seeking to vertically integrate lithium extraction, processing and recycling.

The proposed spin-off will give Lithium Australia up-side exposure to the resurgent exploration industry for battery metals and leave it free to focus on its core technology business model.

Under the proposed agreement in anticipation of the IPO, the company has granted Charger an option to acquire a 70 per cent interest in the Coates, Bynoe and Lake Johnston projects until the 4th of September this year.

Charger will in turn grant Lithium Australia 9.6 million shares in the new entity equating to a 30 per cent interest in the soon to be listed company.

$100,000 will be paid to Lithium Australia as reimbursed for past expenditure incurred at the projects, with a further $200,000 or 2 million shares payable to Lithium Australia once a JORC compliant inferred resource is established containing either 10,000 tonnes of contained nickel equivalent, 10 million tonnes at 1.2 per cent lithium oxide or higher, or 100,000 ounces of gold equivalent at 2 grams per tonne or greater.

Existing shareholders of Lithium Australia will receive a priority entitlement in the new IPO.

Charger is a newly incorporated and unlisted company looking to acquire interests in precious and battery metal assets located in Western Australia and the Northern Territory.

Its current focus is the Wundowie project located in the Julimar district of WA that is renowned for the recent Gonneville nickel-copper-platinum group element discovery made by ASX-listed Chalice Mining.

Chalice commenced a systematic greenfield exploration program at Gonneville in mid-2019 and in the first quarter of 2020 returned a shallow high-grade hit of 19 metres at 8.4 g/t palladium, 1.1 g/t platinum, 2.6 per cent nickel, 1.0 per cent copper and 0.14 per cent cobalt from 48m depth. The major discovery shone a new light on the region as a nickel-copper-platinum group element province.

Charger is now looking to beef up its project portfolio through the acquisition of Lithium Australia’s assets.

In the NT, the Bynoe lithium and gold project is surrounded by tenure owned by aspiring ASX-listed miner, Core Lithium who has already unearthed a 14.7 million tonne deposit at 1.32 per cent lithium oxide.

In WA, mapping and sampling at the Lake Johnston project has identified lithium-caesium-tantalum pegmatites together with outcrops at the Bontampelli Hill prospect that contain spodumene-bearing pegmatites. Rock chip samples going as high as 7.15 per cent LI20 were picked up from the outcrop over a sampled area of about 450m by 250me.

Whilst Lithium Australia is concentrating on its core technology businesses, the company’s highly prospective exploration assets once hidden in the background will now get some serious attention. The timing couldn’t be any better either with battery metals well and truly back in vogue.