Farmers in Pemberton are hoping to add a new ingredient to the South West town’s successful business recipe, pinning their hopes on growing the market for finger limes. 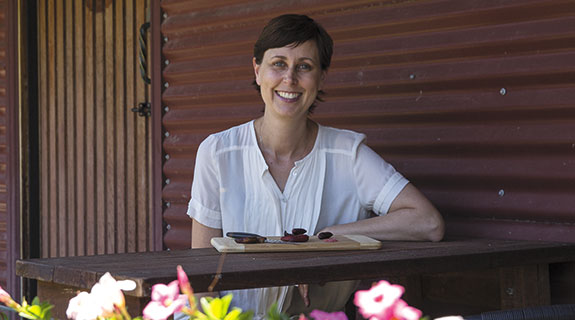 Farmers in Pemberton are hoping to add a new ingredient to the South West town’s successful business recipe, pinning their hopes on growing the market for finger limes.

The Bakers, who decided to grow finger limes after coming across them in an online search, and three other local growers will plant 5,000 trees over the next 18 months. They hope to generate a specialty business in the same way growers in Manjimup have carved out a niche with their truffles.

The group’s investment is in response to a growing demand for the delicate fruit, which looks like sausages growing on the tree, and when snapped open reveals hundreds of tiny capsules of lime juice, often referred to as citrus caviar.

Pemberton Finger Limes currently sells its wares to eight retailers around Perth, with more than 25 local restaurants also using them.

The Bakers prefer to sell most of their wares locally; however after the Southern Forests Food Council took the company on an overseas export trip in 2014, they also began selling a small amount to Singapore and France, where clients include a Michelin-star restaurant.

Jacqui Baker, who handles the sales and marketing for her parents’ farm, told Business News the business was set up as a hobby farm and had kept prices so low the operation was yet to make a profit.

In fact, for the first seven years it failed to generate income of any kind, as that’s how long the trees take to mature.

The finger lime season is short, just five to eight weeks in April and May; during this period, the fruit is harvested and quickly sold to customers who have joined a waiting list created months in advance.

Ms Baker said foodies and chefs couldn’t get enough of their finger limes.

“It’s actually bonkers ... it depends on how much sun there is when we’re picking, because sometimes they can ripen really quickly. I think that’s probably why they’ve become quite precious,” she said.

Pemberton Finger Limes currently sells the fruit for about $40 a kilo, but Ms Baker said she had heard of finger limes selling for more than $600/kg overseas.

“I think we’ve probably undervalued them at this stage,” she said.

“With 200 trees there’s no profit. It’s all about economies of scale.

“You wouldn’t make your return on an invention that has taken you 10 years. You only start making the money once you start going into high production and that’s why we’re planting the 5,000 trees.”

Under the Bakers’ new business model, several local growers will plant the trees, with all future crops to be sold under the Pemberton Finger Limes brand.

Ms Baker said she anticipated 50 per cent of future sales would be reserved for local consumption, with the rest exported.

“They’re really easy to sell. In fact, I reckon that first season we contacted about 20 chefs and only one said ‘no’.”