Canberra’s aversion to pro-active, targeted spending on military hardware has diminished the nation’s role in the region, and will do so in the future. 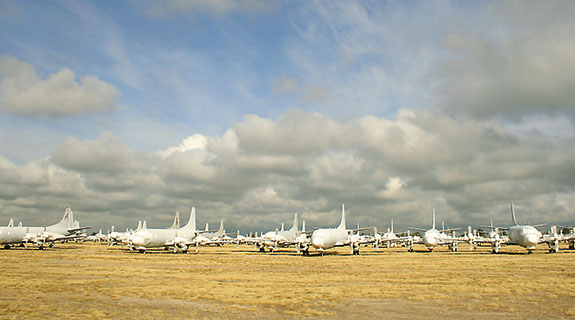 Canberra’s aversion to pro-active, targeted spending on military hardware has diminished the nation’s role in the region, and will do so in the future.

Although defence experts describe Australia as a middle-rank power, they always fail to mention the fact that we’re scandalously under-armed.

Australia’s lack of sizeable armed forces means it’s rather generous to accord it middle-rank status.

I particularly commend pages 192-194 of this 250-page study, since these carry a military shopping list that, if its contents were acquired, would transform Australia into a formidable middle-rank power.

I doubt our politicians, who seem to have a strong aversion to military spending, have ever encountered such considered advice that recommends 31 major acquisitions.

My favourite is item 23: “Acquire 30 Boeing 737 aircraft and convert them to bombers carrying anti-ship cruise missiles.”

Second-hand 737s, and cheap spare parts, are available from Arizona’s airpark boneyards for less than $10 million each.

Conversion, including electronics, would cost below $20 million per 737, each of which could fly 5,000 kilometres return and launch 15 cruise missiles with a 1,200km range.

A fleet of four 737 bombers could launch 60 missiles against enemy surface action groups.

Canberra is instead ordering 72 F-35 fighter-bombers at about $120 million each. That’s $8.6 billion, if we’re lucky; and it remains doubtful they’ll meet performance specifications.

We’re therefore looking at $8.6 billion versus $900 million, minus missiles and bombs.

Mr Archibald says Australia should instead buy 222 far cheaper and cheaper-to-fly Saab JAS-39 Gripen multi-role fighters, with 22 to be built in Sweden and the remaining 200 assembled in Australia, like our 114 French Mirage IIIs were in the 1970s.

Other recommendations include: “12 to 24 Soryu class submarines from Japan, which may include vessels built in Adelaide”, seeking an allocation for four US Virginia-Class submarines, and establishing forward covered berthing submarine facilities at Exmouth Gulf, Shark Bay, and Double Bay, near Bowen, Queensland.

“If Singapore acquires particular equipment we should be asking why they’ve done it, and secondly, should we also be acquiring it,” Mr Archibald said.

“Recently I was in Singapore (at my expense, not yours) talking to their defence experts on how they process defence equipment,” Senator Xenephon wrote.

“This tiny island has emerged from a swampy backwater to an economic and defence powerhouse in the past 50 years.

“The numbers tell the story.

“It has four submarines compared to our six.

“Singapore has 12 naval warships, while Australia has 11 ageing frigates.

“Singapore signed contracts within two years of launching their future submarine program in 2012, while six years down the track Australia is nowhere near signing a contract for anything.

“It’s time Defence had a rocket put under it (so long as it’s not responsible for procuring it), and I really hope new Defence Minister Marise Payne is the person to do it.

“Otherwise, Sergeant Schultz’s boss, Colonel Klink, may as well be running the joint.”

Mr Archibald says Australia’s army includes three combined armed brigades of 3,800 fighting personnel each, meaning only one is placed in the field, with one returning, and another preparing for action.

He says we should boost this pathetically small number at least five-fold, to 60,000 active soldiers, which is still below Singapore’s 72,000.

The Archibald book’s chapter on ‘Fuel Security’ carries an eye-opening self-sufficiency solution to this existential problem, which he outlined this year to a Senate transport committee whose members included WA Labor senators Joe Bullock and Glenn Sterle.

His chapter titled ‘China’s Coming War’ focuses on Beijing’s militarisation of the South China Sea at break-neck speed – via the construction of a network of island ports and forts – as a precursor to China’s burning desire to expel American naval power from the Western Pacific.

Marek Chodakiewicz of the Washington-based Institute of World Politics, who applauds Mr Archibald’s no holds-barred publication writes: “Now that China’s brazen menace has forced Japan to amend its constitution to be able to rearm and fight abroad, Australia remains the pivot of the Western alliance system Down Under.”