The Abbott government needs to acknowledge its mistakes if it is to mount a comeback in the polls, and win the 2016 election. 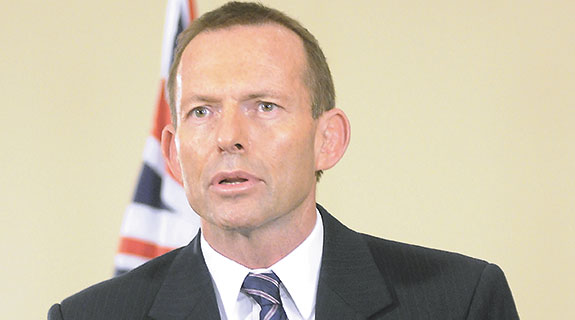 The Abbott government needs to acknowledge its mistakes if it is to mount a comeback in the polls, and win the 2016 election.

The arrival of September signals the two-thirds point in the current federal government’s topsy-turvy existence.

That means there’s just one year before the next election is due, unless the Liberals opt for a poll immediately after a budget next May that’s sugar coated with tax cuts.

Those choices make for an interesting 12 months ahead.

There is a major question worth considering: will those Liberals in marginal seats buckle under the pressure of ongoing poor poll results and dump Prime Minister Tony Abbott, as Labor’s did to its leaders in 2010 and 2013?

Her coup meant Mr Rudd was denied the opportunity to lead Labor into the 2010 election.

Then Ms Gillard met the same fate in 2013, just three months before that contest, as Mr Rudd ousted her.

So will the Liberals, with their now nearly two years of uninspiring polling results, repeat the Rudd-Gillard oustings?

They could, of course, decide to stay with Mr Abbott, come hell or high water.

But if they follow Labor that would be a hat-trick for Australian politics, with the past three prime ministers failing to last a first term.

That’s a deplorable state of affairs, compelling one to ask why neither major party can find someone with prime ministerial staying power.

Is it really such an onerous job?

Three out of three PMs failing to reach a second election would be a deplorable record, one that surely has foreign heads of states wondering what is it about Australia’s new breed of political leaders.

Whatever the reason for this quirky outcome, which has afflicted both major parties since the fall of long-term prime minister John Howard, a replacement must again be found.

Whoever replaces Mr Abbott, one of the other two would almost certainly become deputy leader.

I’ve canvassed this with several Perth and eastern states contacts and none could make a confident prediction.

That’s understandable, since each has positives as well as negatives.

Mr Turnbull mishandled the Liberal leadership when there, with the infamous Godwin Gretch affair and his ‘captain’s call’ to impose a CO2 tax that sparked a successful Abbott leadership challenge.

She, too, was tried and found wanting.

That leaves Mr Morrison, who has never been in a more senior position than overseeing immigration and social welfare, so he’s an untried quantity.

Another consideration with Mr Turnbull and Ms Bishop is that both are identified with the party’s left-liberal wing, whereas Abbott backers tend to hail from its pro-traditional liberalism wing.

Clearly, a tough choice faces the powerbrokers within the more powerful traditional values wing if it’s decided Mr Abbott should go to save Australians from Bill Shorten-led Labor, which promises a re-run of the Rudd-Gillard era.

Mr Morrison has played his cards close to his chest and, rightly or wrongly, isn’t seen as a likely left-liberal winger.

That’s important, since it offers a way out for the traditionally inclined to opt for him, and, at the same time, leave Ms Bishop as deputy.

The traditionalists could initiate secret talks with Mr Morrison for a smooth leadership changeover that also ensures they’d retain their ministerial posts.

A major benefit from such a deal would be that she could never be portrayed as another Julia Gillard, undermining a leader on her way to reach the top.

A Morrison-Bishop team would consequently begin with a clean slate, unlike Ms Gillard who was never able to throw off the usurper’s tag.

If the traditionalists handle matters carefully, the changeover stands a good chance of bringing about a smooth transition.

So, how has it come to this?

The answer is simple; Mr Abbott was elected in September 2013 to fix what was widely seen as the Rudd-Gillard mess.

Rather than focusing upon repairing the budgetary position by cutting spending and redeeming debt, he instead set about imposing a costly parental payment scheme, ignored overgenerous and over-utilised politicians’ entitlements when it was said the ‘era of entitlement’ had ended, raised some taxes, and set about promoting a constitutional referendum on something called Aboriginal recognition that few believe has lasting value for indigenous Australians.

He took his eyes off the ball.

Had he instead managed matters in a clear-minded manner, like Mr Morrison’s resolute performance in stopping the boats, Mr Shorten would now be facing the prospect of Labor losing seats at the next poll, not likely becoming the next prime minister.