An 80-hole aircore drill program is set to begin at the Rockford project, widely regarded as one of our best hopes for another Nova-Bollinger discovery in the Fraser Range. Legend Mining and the Creasy Group have been prompted to undertake the big regional drilling program following encouraging assay results from their first two diamond drill holes. 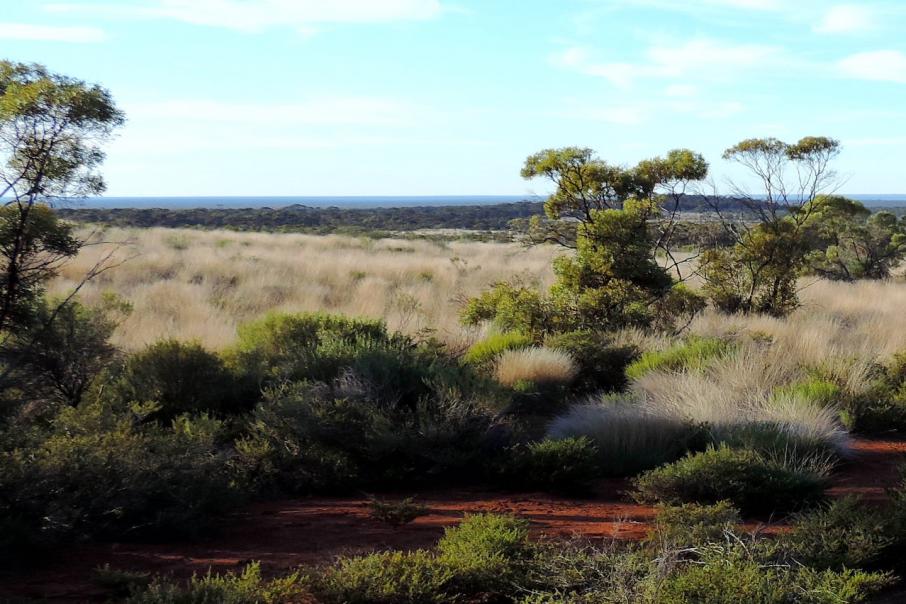 The Fraser Range in W.A, home of the legendary Nova-Bollinger nickel discovery

ASX listed Legend Mining, who’s share register is dominated by W.A’s most celebrated prospector Mark Creasy, will kick off an 80-hole aircore drill program at the Rockford nickel-copper project in the Fraser Range in the next fortnight after receiving highly encouraging assay results from their first two diamond drill holes.

Rockford project partners (Legend 70% and Creasy 30%) announced this week that assays of two holes in Area D had returned anomalous values of up to 0.18% nickel and 0.15% copper.

More importantly, the mineralization was hosted in a cumulate textured ultramafic, which is a favourable host rock for massive nickel-copper sulphide deposits.

Legend managing director, Mark Wilson, said “The positive assay and petrology results from the first two diamond drillholes have confirmed the presence of anomalous nickel-copper mineralisation within the right host rocks for a Nova-Bollinger style deposit and have considerably enhanced the prospectivity of the entire Rockford project.”

Legend is wasting no time getting to the next major phase of exploration, with an 80-hole, 5000-metre aircore drill program set to get underway by 17 October.

The broad-spaced regional drilling program is designed to provide information on the regolith profile, basement lithologies and the geochemical signatures of the basement rocks which can be used to point the way to the most prospective targets.

The program will also probe multiple targets identified in aeromagnetic and gravity data and a high-powered, airborne electromagnetic survey that has been underway since August.

Wilson said: “At Area K, two broad moderately conductive corridors, possibly structural features were defined and will be further assessed, along with a broad conductive feature in the western part of Area H."

“This ongoing survey is expected to run for a further four to six weeks and along with the aircore drilling, forms an important part of Legend’s systematic exploration approach over the entire Rockford Project.”

Legend is cashed up following the recent sale of shares in the Independence Group inherited through last year’s takeover of Sirius Resources.

The sale boosted cash reserves to a healthy $8.5 million, which represents a cash backing worth close to half of Legend’s share price, and gives investors another good reason to take a closer look at the well regarded greenfield explorer.