Legend zeroes in on the ‘sweet spot’ at Mawson

Legend Mining looks to be zeroing in on the ‘sweet spot’ at the Mawson nickel discovery in WA’s Fraser Range. Downhole electromagnetics has lit up a strong conductor adjacent to existing drilling and mineralisation with the target interpreted to potentially represent the elusive undiscovered primary nickel sulphide lode which ongoing drilling is hoping to reveal. 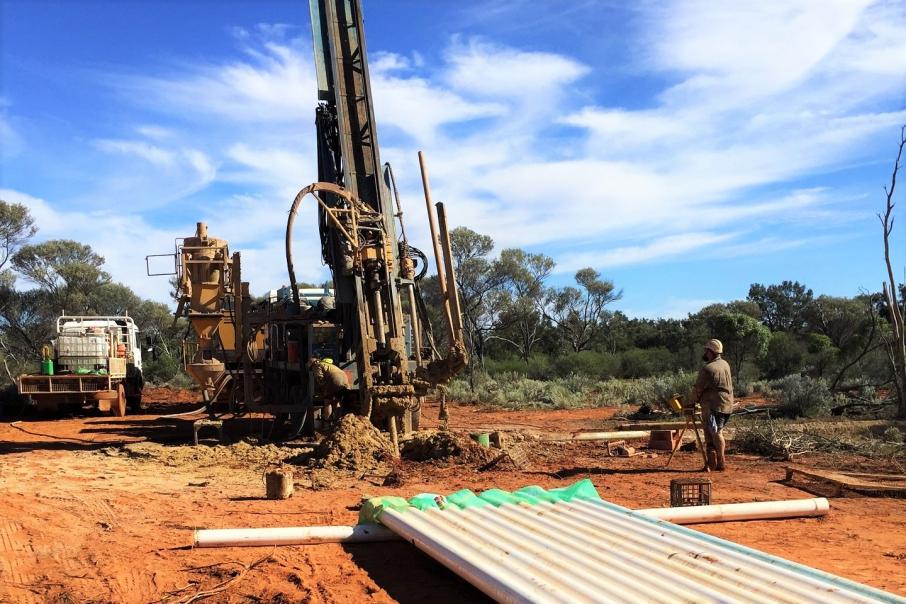 Legend Mining looks to be zeroing in on the ‘sweet spot’ at the Mawson nickel discovery in WA’s Fraser Range. Downhole electromagnetics, or “DHEM” has lit up a strong conductor adjacent to existing drilling and mineralisation with the target interpreted to potentially represent the elusive undiscovered primary nickel sulphide lode.

The identification of this new target comes on the back of the drilling of diamond hole RKDD021 that was designed to test a conductor generated from earlier RC drilling. The diamond hole intersected two zones of nickel sulphide mineralisation associated with intrusive ultramafic units, the host rock for nickel deposits in the region, with visual estimates of up 80 per cent contained sulphide and assays pending.

“The new offhole conductor from hole 21 is modelled as double the strength of the conductor which hole 21 was designed to test. The geological interpretation that this conductor is the extension of the 15.35m interval of significant sulphides in hole 21 coupled with its strength, point to some exciting days ahead.”

Modelling of the DHEM indicates this new conductor is the extension of an earlier mineralised target which now covers over 100 metres of strike and remains open to the north and at depth. The exploration parameters on the conductor are also stacking up with the target ticking all the boxes. The strong conductor underlies a geochemical anomaly and sits on the edge of gravity high – an ideal structural position for a nickel sulphide body.

Moreover, the pièce de résistance for Legend has been the recognition of  ‘net sulphide’ textures in the nickel mineralisation which the company claims, if the nearby Nova-Bollinger nickel deposit is anything to go by, is a key indicator that drilling is getting very close to the primary nickel sulphide lode in the deposit.

The diamond drill at Mawson is presently finishing off another drill hole and, when complete. will move onto drilling the planned 300m hole to test this new target.

Legend continues with its active exploration program across the Mawson prospect area with diamond, RC and aircore drilling, DHEM surveying and 3D modelling of the exploration data all combined in an effort to accurately target the ongoing drilling campaign.

With an aggressive exploration program continuing across the prospect and drilling poised to test for the main primary lode at Mawson, Legend is now set for an interesting, and potentially transformational, few weeks ahead.