Legend zeroes in on booming off-hole conductor at Mawson

Legend Mining believes it is onto the northern extensions of its Mawson nickel discovery in the revered Fraser Range with a down hole EM survey lighting up a booming off-hole conductor adjacent to a recent RC drill hole. The conductor is perfectly positioned along strike from the previously drilled nickel sulphides at Mawson’s with a diamond rig now scheduled to be onsite next week to test the enticing target. 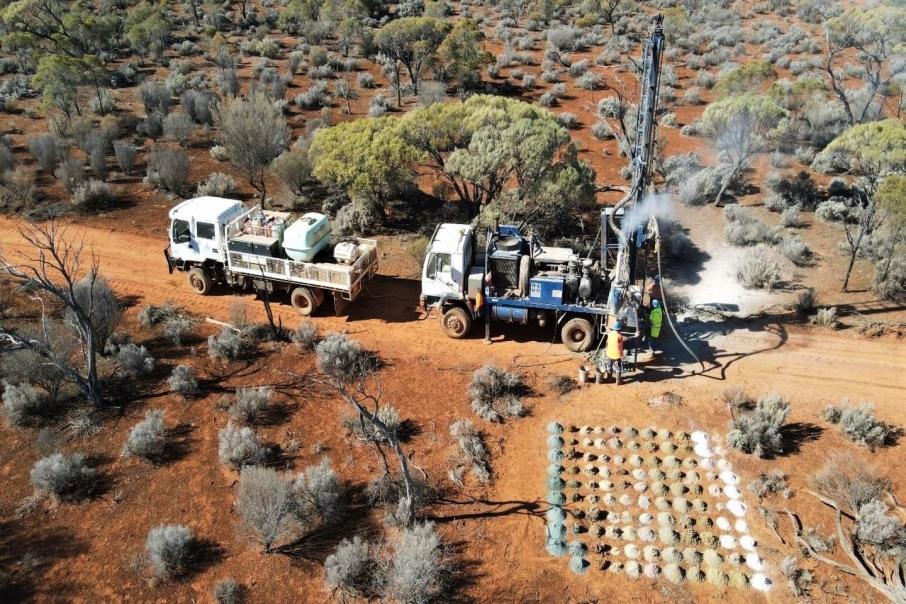 Legend Mining believes it is onto the north eastern extensions of its Mawson nickel discovery with a down hole EM survey lighting up a booming off-hole anomaly adjacent to a recently drilled hole. The anomaly lies at the northern end of the company’s western Mawson domain and to the east of RC hole 11 which returned ore grade intercepts of copper and nickel.

“The strength, size and location of the offhole conductor northwest of hole 13 makes it a priority target when the diamond rig returns to site later this week. It is interpreted to be the possible northeast extension to the mineralisation at Mawson and is an exciting development at this prospect.”

The recent RC drilling program across the Mawson nickel discovery consisted of 7 drill holes aimed at testing the northern extents of the western Mawson domain, the eastern Mawson domain and a central gravity high between the two targets - the program has met with considerable success.

Legend has also completed down hole geophysics on holes 11 and 13 with the electromagnetic, or EM surveys outlining a sizable offhole conductor between the two drill holes. The conductor is interpreted to represent a sulphide body returning an outstanding conductance of 12,000-14,000 siemens, generating a target covering more than 40 metres of strike and extending 80 metres down dip.

The company has flagged this new EM target for priority testing due to its size and location along the modelled extensions to the known Mawson mineralisation with the diamond drill rig scheduled to be back onsite next week. RC drilling has now moved to the eastern Mawson domain with more results expected as exploration continues.

Legend doesn’t seem to be able to miss a trick at the moment with exploration continuing to generate additional targets and the new off-hole conductor will no doubt have Legend management champing at the bit in the lead up to it being drilled.