Legend zero in on nickel/copper find in Fraser Range

Legend Mining has reported highly anomalous nickel-copper assays from an infill aircore drilling program at its Rockford project in the Fraser Range of W.A. The intersection of 14m @ 0.37% nickel and 0.43% copper from 72m depth is the most encouraging identified to date and contained visible sulphides in the same mafic intrusive that hosts the Nova-Bollinger deposit, 120km to the southwest. 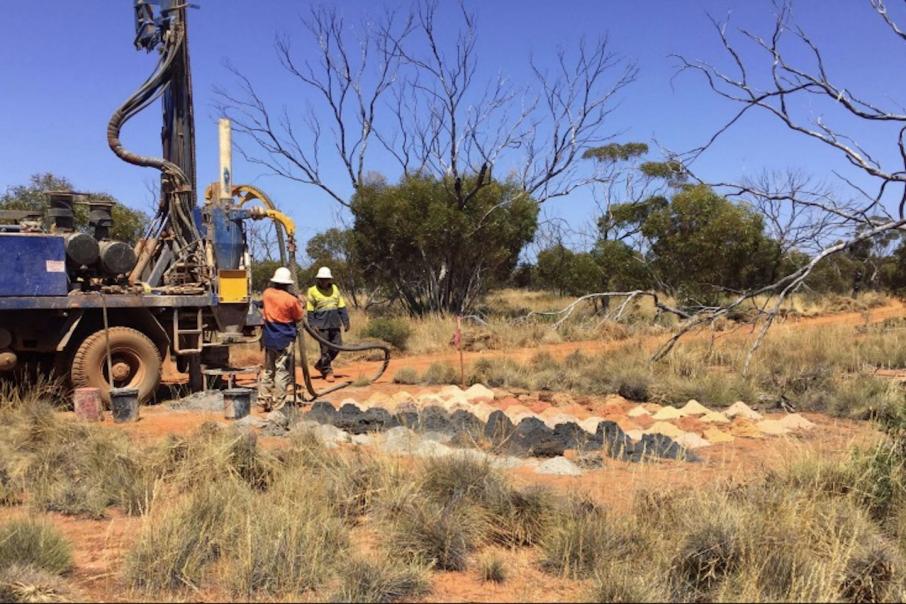 ASX-listed Legend Mining has announced a significant new assay result from aircore drilling at its Rockford nickel-copper project, in the coveted Fraser Range of Western Australia.

The result matches geological logging showing the presence of nickel-copper sulphides within an olivine-rich gabbronorite rock.

This same rock type hosts the famed Nova-Bollinger deposit, 120km to the southwest of Rockford, discovered by Sirius Resources in 2012.

Legend’s Managing Director Mark Wilson said: “Results from the latest hole are a watershed moment for the company at its Rockford Project and for our exploration effort in the Fraser Range.”

“The tenor of the nickel, copper and cobalt assays and the presence of sulphides, mark this drill hole as the most encouraging completed to date.”

“The assay results are the most significant published since the Nova discovery hole in the Fraser Range and support Legend’s belief that the greater Area D has potential to contain many mineralised intrusions, akin to the Thompson belt in Canada, that produced more than 1.8 million tonnes of nickel.”

The drilling at Area D and is aimed at identifying further anomalous nickel-copper intercepts within targeted mineralised intrusions at the Rockford project.

The recent assay result is the best returned since Legend began exploration at the project in September 2015.

With $7.4M methodically invested to date, it appears that Legend is now zeroing in on a critical mineralised area at Rockford in its quest to identify a look-a-like Nova-style nickel-copper deposit.

The Rockford project lies within the Fraser Zone, which is considered highly prospective for clusters and pods of high-grade nickel-copper-cobalt mineralisation based on the mapped geology of the region.

Technical studies support Legend’s view that it has the right address at Rockford. In essence, Legend owns the biggest block on the best street in the area.

The cashed-up company is exploring the Rockford project in a JV with renowned ore finder Mark Creasy, who holds 30% of the project.

Creasy was also partnered with Sirius in the breakthrough Nova-Bollinger discovery and his knowledge of the area is often tapped by Legend as it painstakingly zeros in on the right target areas.

With nickel prices rebounding to US$13,000 a tonne and a strong imbalance in demand versus supply of the metal since 2016, stockpiles are diminishing and prices are on the rise.

The key drivers are the robust demand for stainless steel being sought by China and the USA and a paradigm shift that is underway in the electric vehicle battery sector, with nickel a critical component in lithium-ion battery manufacture.

The market for these batteries tripled in size during 2017 and is predicted to grow even further this year.

For now, Legend will continue its infill drilling program in the anomalous Area D to define the extent of the nickel-copper footprint it has located.

Significantly, other geophysical aeromagnetic and gravity survey features at Rockford remain undrilled at this point in time and the company is somewhat spoilt for choice in determining targets.

Results from the aircore drilling will assist in the design of further ground-based electromagnetic surveys that have proved so useful for identifying buried mineralisation in the Fraser Range.

Whilst Legend’s latest drill hole grades are somewhat modest, the market will no doubt be wondering if Legend has just nicked the edge of something bigger.