Legend Mining has enhanced the prospectivity of its emerging Area D prospect in the Fraser Range region of WA, by locating 17 conductors from an innovative moving loop electromagnetic survey program at the Rockford project. The surveys were designed to test for potential accumulations of massive sulphide mineralisation associated with 4 zones of coherent and anomalous nickel-copper-cobalt assays returned from regional aircore drilling programs. 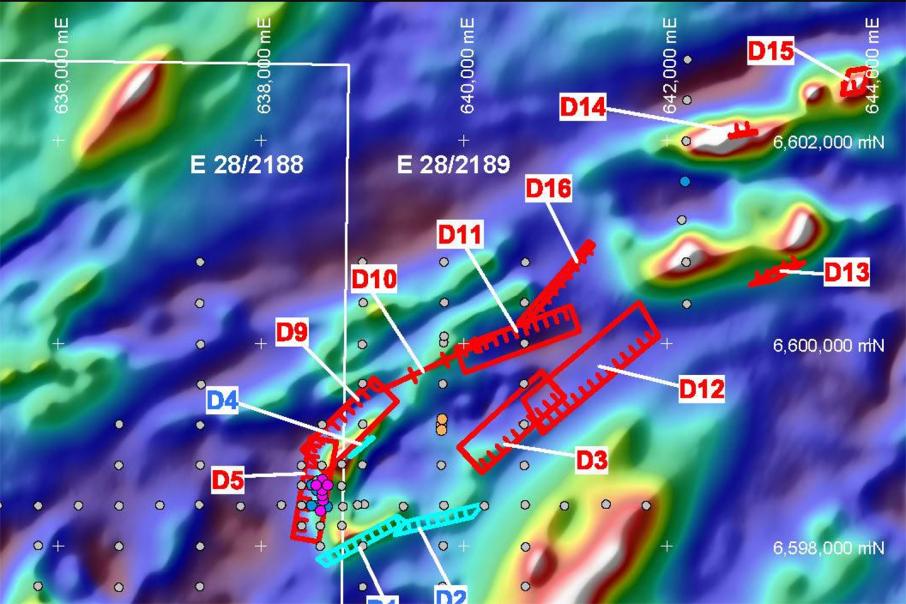 The EM surveys also investigated the broader Area D region which contains numerous mafic and ultramafic intrusions, known to be spatially and geologically related to the discovery of economic nickel and copper mineralisation elsewhere in the Fraser Range.

According to Legend management, the surveys were successful in delineating 9 new bedrock electrical conductors and providing better definition on other previously outlined conductor targets.

Legend Managing Director Mr Mark Wilson said: “The prospectivity at Area D has been enhanced by these results and they have shed new light on the prospect. They have provided 11 new conductors, each of which has the characteristics of nickel-copper mineralisation ...”.

“Our task is now to prioritise all these conductors for diamond drilling. Legend has booked an IP geophysical survey to commence in February 2019, as we are aware that this technique has been successfully used to assist in identifying diamond drill targets at other deposits in the Fraser Zone.”

“The EM crew has now mobilised to Shackleton to do a MLTEM survey over the main (magnetic) feature and we expect results from this work before the Christmas break”.

One particularly conductor called D5 has been given a very high priority for follow-up, given its close proximity to an earlier aircore drill hole that returned 14 metres grading 0.37% nickel, 0.43% copper and 0.03% cobalt from 72m down-hole.

That mineralisation is hosted in disseminated nickel, copper and iron sulphides in a promising host rock sequence, not dissimilar to the revered Nova-Bollinger nickel-copper mine, operated by the Independence Group about 140km to the southwest.

A series of 6 conductors located near the centre of the Area D prospect appear to form an oval shaped feature that the company says also has a similar structural setting to the Nova ore system.

The surveys also threw up some strongly conductive zones well away from the previously drilled areas and Legend now has the job of ranking all these conductors for IP surveys ahead of a maiden diamond drilling program at the prospect next year.

The company has taken a very patient and thorough approach to investigating the base metal potential of its ground holdings in the Fraser Range and recently turned up the Shackleton volcanogenic hosted massive sulphide prospect to the southwest of Area D.

Shackleton is only 7km northeast of the Independence Group’s new discovery of massive copper-zinc mineralisation at the Andromeda prospect.

Legend certainly has its hands full at the Rockford project and will complete IP surveys and additional aircore drilling to assist with the design of the proposed drilling campaign next year.

The company will also commence detailed infill fixed loop and moving loop electromagnetic surveys to better define the parameters and orientation of the new regional EM conductors it has unearthed at Area D and is completing preliminary ground EM surveys at Shackleton.

It is shaping up to be a defining year for Legend in 2019, as it seeks Nova-Bollinger No. 2 in the Fraser Range.