Legend Mining will carry out a moving loop electromagnetic survey over its intriguing Area D prospect at the Rockford nickel-cobalt-copper project in W.A’s Fraser Range region to identify targets for diamond drilling in the fourth quarter. The 32km2 survey is the first recommendation of a geophysical review over Area D and is expected to take up to six weeks to complete. 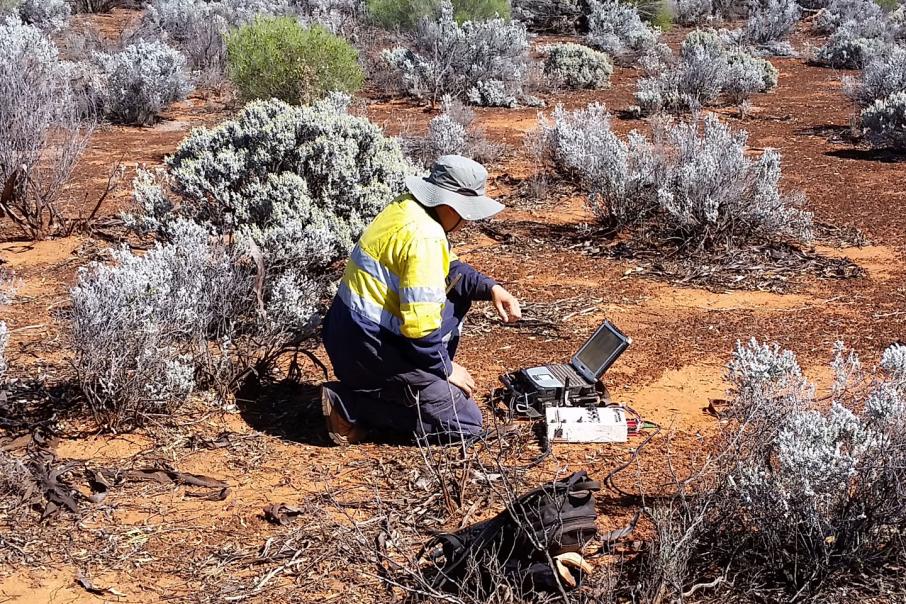 ASX listed Legend Mining has kicked off the next stage of exploration at the intriguing Area D prospect at its Rockford nickel-cobalt-copper project in Western Australia’s Fraser Range region.

The company will carry out a moving loop electromagnetic survey over the prospect within four weeks to identify targets for diamond drilling in the fourth quarter of this year.

This survey will cover 32 square kilometres and is expected to take 4-6 weeks to complete.

Recent infill drilling has also better defined the extent of four mineralised footprints at the prospect.

Rockford is located in the coveted Fraser Range and contains the same rock sequences and base metal mineralisation hosted by the famed Nova-Bollinger nickel-copper deposit, 120km to the south-west, discovered by Sirius Resources in 2012.

Legend Managing Director Mark Wilson said: “This survey is the first recommendation of the geophysical review conducted at Area D. The review was commissioned to integrate the anomalous nickel-copper-cobalt results from the 2018 aircore drilling programme with all known geophysical data and is ongoing.”

This is expected to take 3-4 months to complete and is aimed at providing lithological and geochemical information on the targets.

Renowned ore finder Mark Creasy, who played a key role in discovering the famed Nova-Bollinger nickel-copper deposit 120km to the south-west, holds a 30% interest in the Rockford project.

The prospector recently proved that his nose for discoveries continues to be as sharp as ever with the revelation that his privately held Silver Knight deposit has a current JORC resource of 4.2 million tonnes grading 0.8% nickel, 0.6% copper and 0.04% cobalt.