Legend Mining has raised $9.8m in a two-tranche subscription agreement with miner Independence Group to fund further exploration. The company has also entered into several joint venture agreements relating to its Rockford project in the Fraser Range, WA, with Legend to acquire a 70% interest in two exploration tenements from the Creasy Group, while Independence will gain a 60% interest in Legend’s Rockford North tenements. 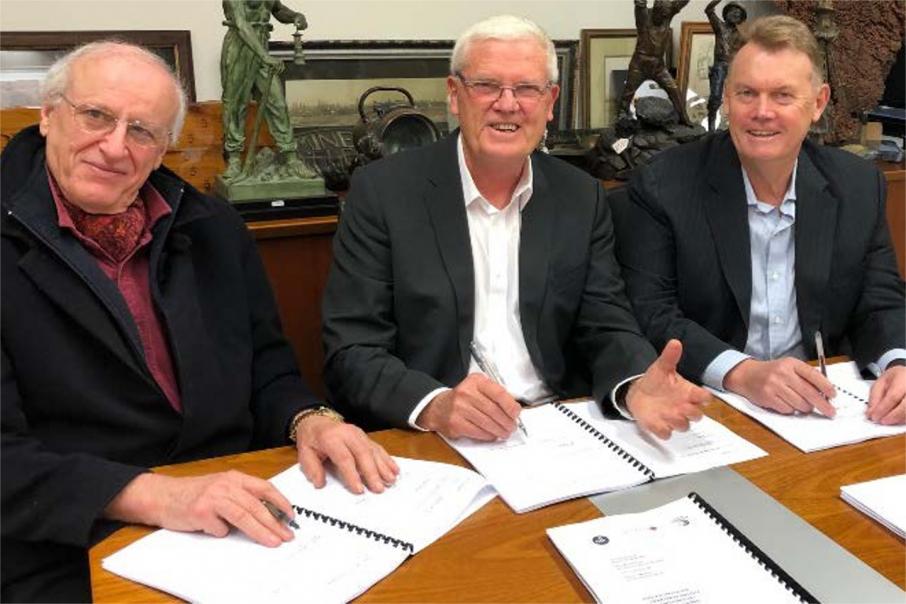 ASX-listed base metals explorer, Legend Mining, has raised $9.8m to fund exploration and has entered into several potentially transformational joint venture agreements relating to its emerging Rockford project in the Fraser Range district of WA.

The funds were raised through a two-tranche subscription agreement priced at 3.6 cents per share with heavyweight miner Independence Group NL, or “IGO”, which represents a 20% premium to its average share price for 2019.

As a result, IGO will ultimately gain a 14.18% stake holding in Legend post the second tranche of the agreement, expected later this year.

These tenements cover 709 square kilometres on the western margin of the Fraser Zone and contain two advanced nickel-copper-cobalt prospects, called Octagonal and Magnus.

Both prospects are characterised by oval-shaped, or so-called “eye” aeromagnetic features thought favourable for the emplacement of mafic-ultramafic geological host rock sequences.

According to Legend, Octagonal is the third publicly disclosed example of massive nickel-copper mineralisation identified to date at the Fraser Range, which includes IGO’s Nova-Bollinger mine and the Creasy Group’s Silver Knight deposit.

Over $15m of exploration has been sunk at the Octagonal and Magnus prospects and Legend will acquire a 70% interest in the two tenements by issuing 55.55m shares at 3.6 cents to Creasy, raising $2m.

Legend will also issue $10m worth of Legend shares to the Creasy Group at the same price upon the delivery of a bankable feasibility study and a decision to mine on the tenements subject to the JV.

In a third major transaction this week, Legend, IGO and the Creasy Group have entered into two new JV agreements, the first of which covers Legend’s two Rockford North tenements.

IGO will gain a 60% interest, management rights and responsibilities in those tenements, with Creasy and Legend retaining a free-carried interest of 30% and 10% respectively.

For the second JV, IGO will gain a 70% interest in three small Legend exploration licences and will manage the tenements, leaving Legend with a 30% free-carried interest in the 23.6 square kilometres of tenure.

The first tranche of IGO’s subscription agreement with Legend, worth nearly $7.4m, is conditional on the signing of the JV venture agreements between Legend-Creasy and Legend-Creasy-IGO, which have already been satisfied.

The second tranche of about $2.4m is subject to Legend shareholder approval at a meeting expected in October.

Legend Managing Director Mark Wilson said: “Securing this funding is an important outcome for Legend shareholders. It has been possible due to the new joint venture with Creasy over 709 square kilometres of ground which has known nickel-copper sulphide mineralisation at the Octagonal prospect within the new joint venture.”

“The added dimension to the transaction is the additional joint ventures with IGO over the northern Rockford area, which will give new technical impetus to our exploration efforts. Legend welcomes IGO to our register as our second largest shareholder.”

Mark Creasy said: “These transactions demonstrate a common goal between the three parties to unlock further value in the fertile Fraser Range. I see Legend as a key player in this quest.”

Peter Bradford, CEO and MD of IGO, said: “IGO is pleased to be investing in Legend Mining and its Rockford North tenements. Legend’s mineral exploration holdings in the Fraser Range are extensive and are highly prospective for magmatic Ni-Cu-Co sulphide deposits, with numerous prospects already identified. IGO will work closely with Legend’s exploration team to drive discovery success at Rockford.”