New positive assays from Legend Mining’s Rockford project have encouraged the company to drill a deep diamond drill hole within weeks to test its most promising conductor. The company has now identified a +300 metre wide zone of anomalous copper and nickel up-dip from where a strong conductor has been modeled from a depth of about 500 metres. 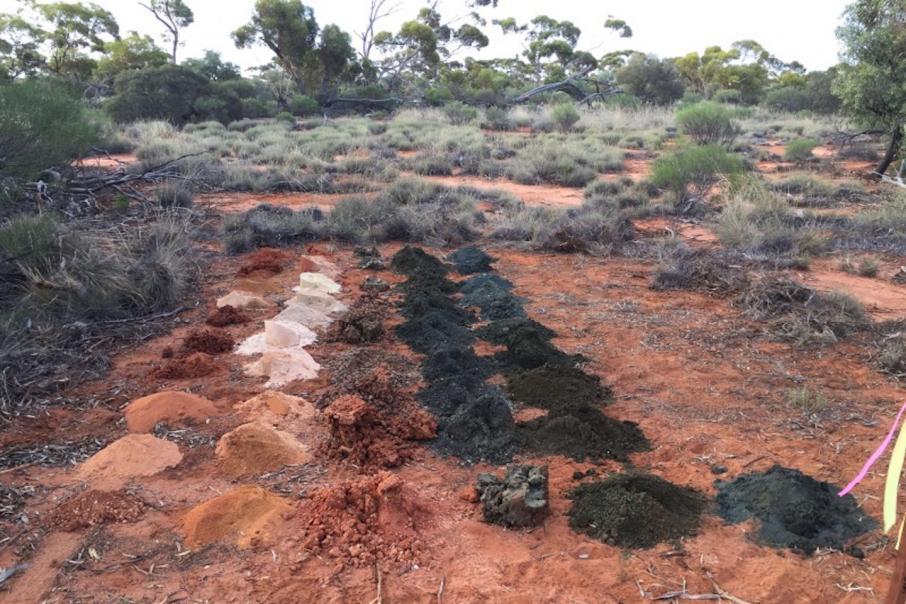 Legend Mining is set to drill a deep diamond hole within weeks to test its most promising conductor in the Fraser Range after new assays further upgraded the possibility of a high-grade nickel-copper ore-body.

The Perth-based explorer reported to the ASX on Tuesday that new assay results from a series of air-core holes in April/May over the N1 conductor had uncovered a +300 metre wide zone of anomalous nickel and copper.

Legend had previously reported nickel and copper hits within a metamorphosed mafic that is a favourable host rock for the type of nickel-copper sulphides being targeted.

New assays, 100 metres to the west, have also found anomalous nickel and copper and intersected the same lithology. The new hole assayed 31 metres at 0.09% nickel and 0.03% copper from a depth of 20 metres to the bottom of the hole.

Furthermore, assays from two nearby holes have extended the zone of anomalous nickel and copper to a width of 300 metres. Importantly, this new zone is in the up-dip projection of the N1 conductor, which is modeled to start at a depth of about 500 metres.

Legend Managing Director, Mark Wilson, said: “These results repeat the tenor of results in RKAC068. We now have positive geochemistry to complement the magnetic, gravity and electromagnetic interpretation at area N - all confirming this to be a high-priority prospect. This continues to be a developing story, with the all-important deep drilling to follow.”

An RC/diamond drill program to test the N1 conductor is planned to begin before the end of the month, subject to all approvals being in place.

The deep drilling will be hotly anticipated as one of the first real tests of the Fraser Range for lookalikes of the previously discovered high-grade Nova-Bollinger ore body. The 2012 discovery triggered a scramble for tenements in the Fraser Range, however most exploration since than has been piecemeal.

Legend, who are exploring the Rockford project in a 70/30 joint venture with the revered Creasy group, have mounted a large, systematic and high-tech exploration campaign that is rated by many as the best hope for a follow-up Fraser Range discovery.