Following up electromagnetic conductor results that lit up like a Christmas tree, ASX-listed Legend Mining has hit paydirt again after it rolled out an assortment of high-grade nickel intercepts at its Mawson project in the Fraser Range of WA. The geological feast included a strike of 14.45m at 2.63 per cent nickel and 2.09 per cent copper from 162.05m with ongoing drilling continuing to hit its mark. 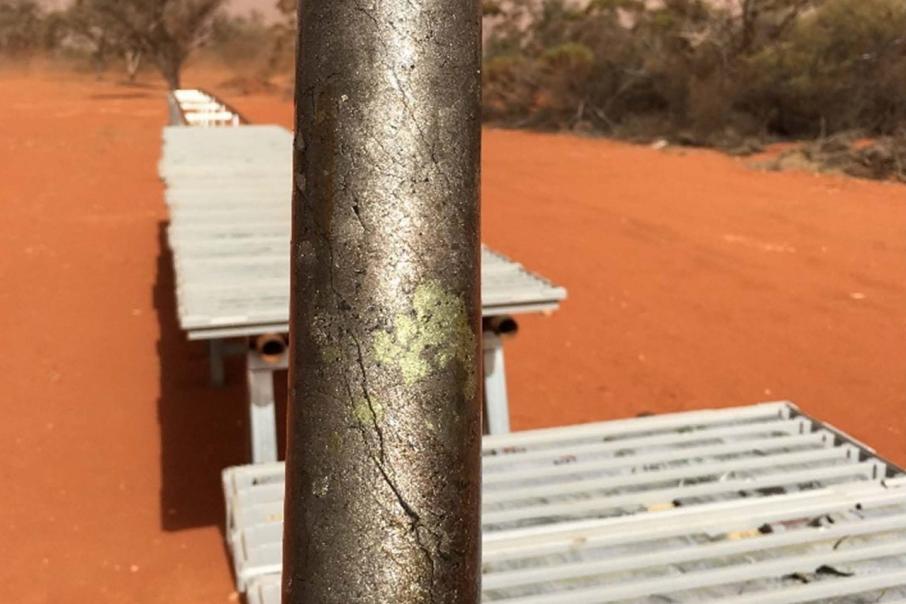 Following up electromagnetic conductor results that lit up like a Christmas tree, ASX-listed Legend Mining has hit paydirt again after it rolled out an assortment of high-grade nickel intercepts at its Mawson project in the Fraser Range of WA.

The geological feast included a strike of 14.45m at 2.63 per cent nickel and 2.09 per cent copper from 162.05m with ongoing drilling continuing to hit its mark. The program is bearing down on the multi-lode system at Mawson West, with drilling along strike from this hit returning a total of close to 11m of semi to massive sulphides and a further 28m of disseminated mineralisation.

Results from the recent drilling at Mawson appear to show the main envelope of nickel mineralisation sitting within a north-south structure that extends over at least several hundred metres of strike and remains unconstrained by drilling.

Legend Mining Managing Director, Mark Wilson said: “The prospectivity at Mawson has been enhanced by the material widths and grades of the massive nickel-copper sulphide in hole 27 along with the presence of platinum and palladium numbers.”

“The mineralisation observed in hole 32 is continuing to develop our knowledge of the nature of the remobilised nickel-copper sulphide in the vicinity of this hole.”

“The overarching point is the amount of nickel-copper sulphide mineralisation we continue to see at Mawson speaks to a large system driving the mineralisation event at this prospect.”

Drilling is now underway along strike from RKDD027, with geological logging of RKDD032, 115m to the north, indicating that the nickel-rich target structure was intersected around 250m below surface recording a down hole width of more than 60m. The drill hole was targeting a high-kicking down-hole electromagnetic, or “EM” conductor which lit up as high as 70,000 siemens with subsequent drilling seeming to have hit the mark.

The drill bit intersected a 30m zone of remobilised, brecciated to massive sulphides within the intrusive host-rock. Samples for this drill hole are now headed into the laboratory for assay, with the hole also set to be tested with down-hole EM.

The evolution of Mawson is starting to look eerily similar to another legend of the Fraser Range, the Nova-Bollinger discovery which was eventually consumed by IGO – then Independence Group – at a value of approximately $1.8 billion.

Drilling and modelling of the Mawson West mineralisation indicates that the host structure is subvertical and plunges to the north. The mineralisation appears to be unconstrained by drilling both along strike and at depth, presenting a significant opportunity for the developing exploration program.

Exploration has also kicked off on the extremities of the nickel-rich system, with RKDD031 drilled to test a deep EM target. The anomaly turned out to be a conductive graphitic shale however, this hole is likely to be too far to the west to have come close to testing the interpreted plunge of the Mawson West system, leaving it open to the north.

An additional drill hole, RKDD030, was designed to test the structural target and encountered encouraging signs of nickel mineralisation which require further investigation. This drill hole will also be tested with EM as part of the ongoing geophysical surveying program, looking to light up sulphidic off-hole conductors in this unexplored portion of the prospect.

Legend is quickly nailing down the geological framework that controls the nickel-copper mineralisation at Mawson. It now appears to be shooting fish in a barrel with its diamond drill rig producing a wealth of sulphide-rich core. With exploration now plumbing the depths of the nickel system, if this $270m market cap company can land the motherlode below the desert sands of the Fraser Range, things could start to get interesting.