ASX-listed base metals explorer, Legend Mining, has continued to deliver broad hits from aircore drilling at its Mawson nickel-copper sulphide discovery within its Rockford project in WA’s revered Fraser Range district. The Perth-based company’s current aircore drilling program rattled off another half a dozen broad intervals this week ranging from 21m to 43m with anomalous nickel and copper values. 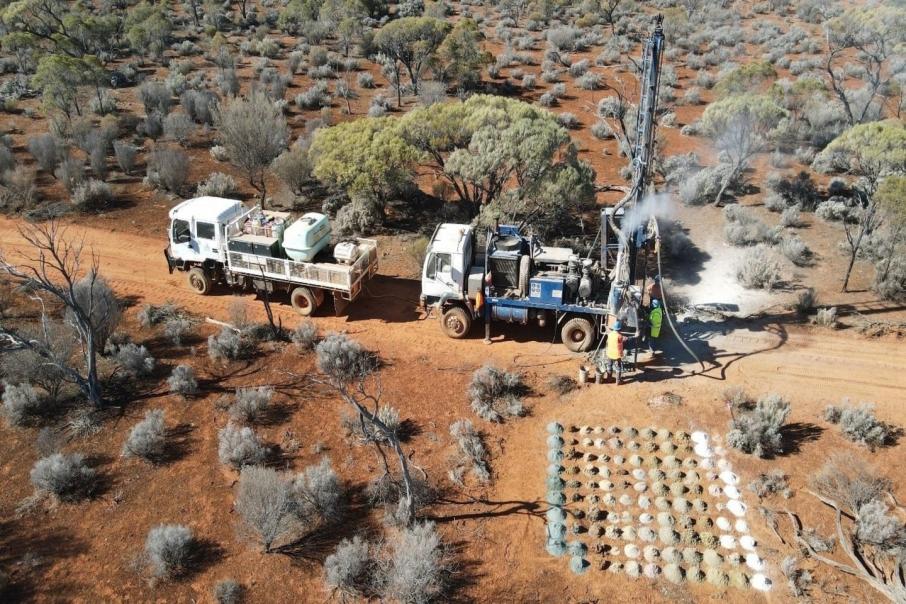 The Perth-based company’s current aircore drilling program recently rattled off another half a dozen broad intercepts ranging from 21m to 43m with anomalous nickel and copper values, providing further evidence that Legend is zeroing in on the source of the considerable mineralisation at Mawson.

According to Legend, these and previous aircore results have delineated a north-east/south-west trending eastern geochemical anomaly over an area that is 1,200m long by 200m wide. The company will now plug these encouraging aircore numbers and its RC drilling data into the Mawson dataset to assist in future RC and diamond drilling targeting.

Legend Managing Director, Mark Wilson said: “These results are from the ongoing infill aircore programme at Mawson and have extended and strengthened the eastern geochemical footprint. This footprint is a compelling target for RC/diamond drilling which is already underway.”

Massive nickel-copper sulphide mineralisation was discovered at Mawson, which is located 120km north-east of IGO’s Nova nickel-copper-cobalt mine and 100km south of AngloGold Ashanti’s 70 per cent-owned and IGO’s 30 per cent-held Tropicana gold mine.

The discovery was made late last year from a diamond hole drilled to test an electromagnetic conductor.

With more than $25 million in the bank, a market cap of about $340 million and the regional experience of the Creasy Group who sits amongst Legend’s major shareholders alongside the likes of IGO, Legend is well placed to systematically explore Mawson for what it hopes will become a globally significant nickel-copper sulphide discovery.

The aircore program over the greater Mawson area is due to wind up in a couple of weeks once drilling over the southern and north-eastern targets has been completed. The company says the rig will then move onto a 180 hole, 10,000m regional aircore campaign over the western and southern tenements in the Rockford project.

If there is something more hiding out there – that should do the trick.