Legend Mining is on a roll in the Fraser Range with recent exploration over its Rockford South tenure outlining a third electromagnetic, or “EM” target at the Hurley prospect. This is the fifth EM target the company has generated in its southern tenure, with the prospect area quickly shaping up as Legend’s newest nickel sulphide target. 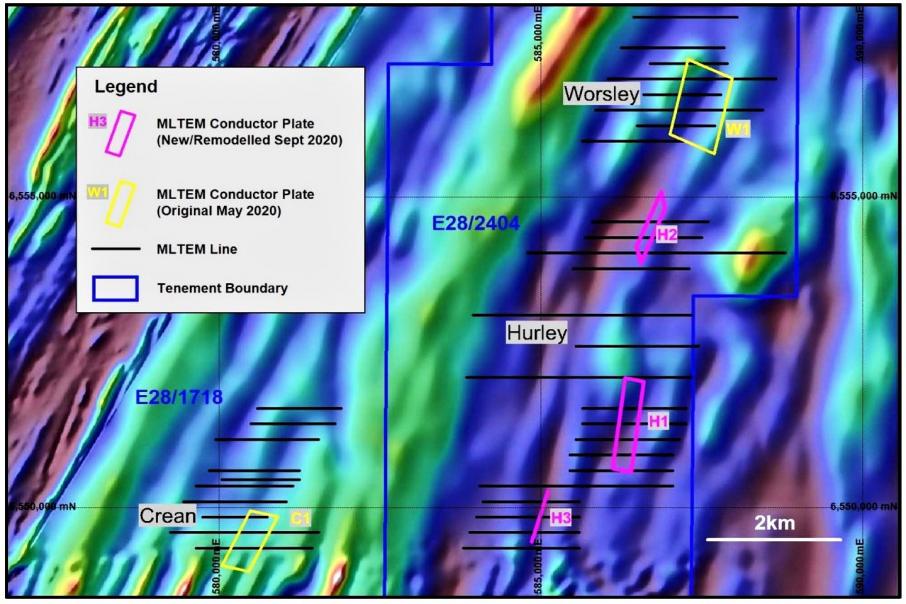 Legend Mining is on a roll in the Fraser Range with recent exploration over its Rockford South tenure outlining a third electromagnetic, or “EM” target at the Hurley prospect. This is the fifth EM target the company has generated in its southern tenure, with the prospect area quickly shaping up as Legend’s newest nickel sulphide target.

Legend’s Rockford project is located 280km east of Kalgoorlie and covers over 3,000 square kilometres of one of Australia’s most sought-after exploration addresses - Western Australia’s Fraser Range.

Whilst the company owns 100 per cent of a portion of the tenure in its own right, much of Legend’s ground is held in joint venture with renowned prospector, Mark Creasy. The Rockford project lies around 120km northeast of, and along strike from Independence Group’s Nova-Bollinger nickel mine.

The company’s exploration over the highly prospective terrane is focussed on the discovery of Nova-Bollinger-style nickel sulphides and Tropicana-style large scale gold deposits.

Legend’s work across its extensive Rockford tenure has already outlined a number of high priority targets including the Magnus, Octagonal, Shackleton and Hurley prospects, in addition to the company’s flagship Mawson nickel discovery.

“In addition to Mawson, it is pleasing to see positive results from our regional work with a third conductor defined at Hurley. A recently completed project scale geochemical review has also highlighted Hurley as a highly ranked geochemical prospect.”

“This further enhances the prospectivity of the entire Rockford project and shareholders should also note that the Hurley prospect is on 100% owned Legend ground.”

Ground-based moving loop EM surveys were completed over the Rockford South targets in May this year which highlighted the Worsley, Crean and Hurley conductors at depth, up to 500m below surface.

Recent infill EM at Hurley has added a higher level of definition to the prospect, outlining three discrete conductors including the booming H1 and H3 targets that have returned conductance at over 2500 Seimens and extend over more than 500m of strike. The targets are estimated to sit at a relatively shallow depth, between 100m and 250m below surface.

The targets at Hurley were made more compelling following a recent review of the company’s geochemical database which highlighted a strong base metal signature across the three conductors. When modelled; it delivered a high priority target, ranking in the top 10 per cent of all anomalies within the comprehensive dataset.

The nearby Worsley and Crean EM targets also fared well from geochemical modelling, outlining an anomalous zinc-copper-silver target at Worsley and nickel-copper at Crean.

Armed with this latest information, Legend has commenced an extensive program of aircore drilling across the Rockford project. The company has planned 250 holes for 16,000m of drilling to test 12 key magnetic and gravity features that are believed to be related to mafic-ultramafic intrusives in the region. This geology is the primary host of nickel mineralisation in the Fraser Range.

The aim of this shallow drilling program is to assist in the ranking of these targets for follow up reverse circulation and diamond drilling. The program is expected to take two months to complete with both the Hurley and Crean prospects already ranking highly.

As work continues over the company’s Mawson nickel discovery to the north, the delineation of three EM targets at the Hurley is rapidly pushing this new prospect area higher on the Legend’s list of priorities. And with 16,000m of drilling set to be unleashed across the Rockford project in the coming weeks, the company could soon be adding a second discovery to its inventory in the Fraser Range.