Legend Mining continues to reap the rewards of its highly targeted exploration efforts at its Rockford Project in WA’s emerging Fraser Range base metal province. A maiden diamond drilling program at the Octagonal prospect has hit a broad zone of blebby and semi-massive nickel-copper sulphides. Drilling has also confirmed the presence of a large layered mafic-ultramafic intrusion that looks to be analogous to the nearby Nova-Bollinger and Silver Knight deposits. 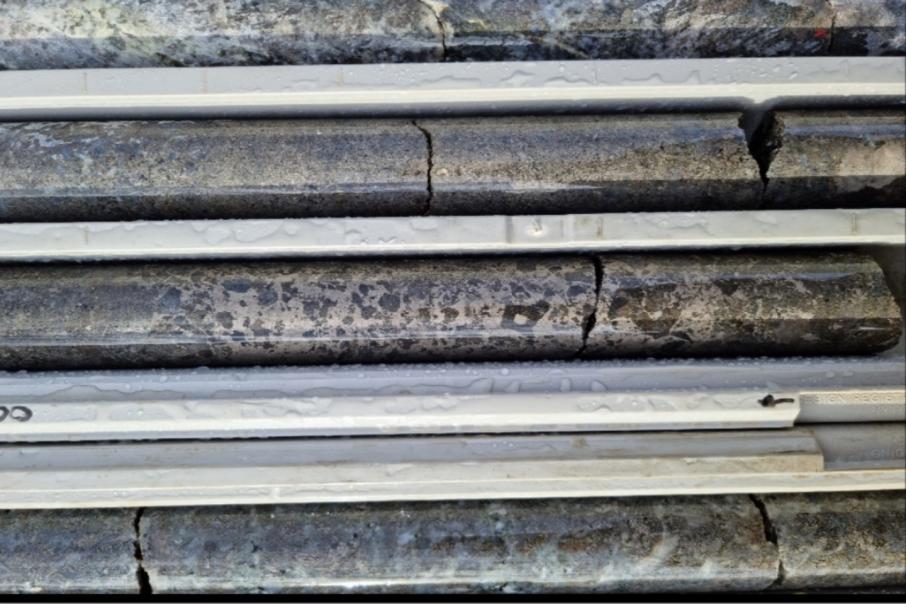 Perth-based explorer Legend Mining continues to reap the rewards of its highly targeted exploration efforts at its Rockford Project in Western Australia’s emerging Fraser Range base metals province. A maiden diamond drilling program at the Octagonal prospect has hit a broad zone of blebby and semi-massive nickel-copper sulphides. Drilling has also confirmed the presence of a large layered mafic-ultramafic intrusion that the company says may be analogous to the nearby Nova-Bollinger and Silver Knight deposits.

Legend commenced diamond drilling at the Octagonal and Magnus prospects last month to follow up on anomalous nickel-copper results intersected in aircore drilling. Regional aircore drilling conducted by the company coughed up values up to 0.12 per cent nickel in a suite of highly prospective ultramafic intrusive rocks.

At Octagonal, follow up reverse circulation and diamond drilling intersected multiple intervals of massive, semi-massive and disseminated sulphides associated with the intrusive. The company believes the mineralisation identified so far demonstrates all the characteristics of a fertile magmatic nickel-copper sulphide system.

Legend reported modelled subsurface geophysical conductors along the eastern margin of the intrusion. Drilling intersected large, disseminated nickel-copper sulphide blebs from 535 metres downhole. A sequence of ultramafic rocks was intersected from 544.3m with a zone of semi-massive sulphides noted between 545.2m and 545.4m. The norite and ultramafic package continued to 565m with large blebby sulphides present to 568.9m. Variably mineralised interbedded mafic and ultramafic rocks were intersected to 604m with drilling finishing in intrusives to the end of the hole at 687.2m.

Legend said downhole geophysical surveys completed on the diamond drillhole have confirmed a series of conductors over a 40m wide zone with modelling indicating mineralisation may extend beyond the limits of the conductor plates.

Interestingly, Legend reported the geophysical data fits with its current geological modelling that the eastern contact of the Octagonal intrusion hosts a significant strike length of nickel-copper sulphide mineralisation.

At Magnus, Legend has drilled the first ever diamond drill hole into the Magnus intrusion. The company said the hole was designed to target a gravity feature along with anomalous aircore geochemistry that highlighted the presence of prospective mafic-ultramafic intrusive rocks.

Diamond drilling confirmed the presence of prospective nickel-copper mineralised host rocks, intersecting a sequence of mafic and ultramafic assemblages from 173.65m downhole to the end of hole at 597.3m. Legend reported only minor disseminated nickel-copper sulphides were identified over narrow zones throughout the drillhole. According to the company, the rock types encountered suggest the drill hole intersected the upper, less prospective, zone of a large intrusive body. Legend believes the more prospective basal contact of the Magnus intrusion extends at depth and still presents a valuable exploration target.

Legend Managing Director Mark Wilson said: “The diamond hole at Octagonal essentially confirms that Octagonal is another large fertile intrusion, as is Mawson. Legend is in the enviable position of now having two locations to focus its exploration efforts to find the next nickel copper mine in the Fraser Range.”

“Magnus is very much a work in progress, with the first ever deep hole into the intrusion confirming the right host rocks for the nickel-copper mineralisation we are looking for.”

Diamond drilling continues at the Octagonal and Magnus prospects and is set to continue at the Hurley and Crean prospects where it will target geophysical conductors. Regional aircore drilling is also reportedly continuing.

Legend can lay claim to more than 3000 square kilometres of tenure in the coveted Fraser Range. Its ground-breaking approach to exploration hints towards unearthing another significant nickel-copper find at Octagonal at least, with a bevvy of high priority targets still waiting in the wings.