Legend Mining looks to be tugging on the tail of a tiger in WA’s coveted Fraser Range with drilling continuing to expand the footprint of its exciting Mawson nickel sulphide discovery. An innovative blend of geophysics and deep diamond core drilling has outlined three new nickel targets, which extend over more than 3 kilometres of strike. 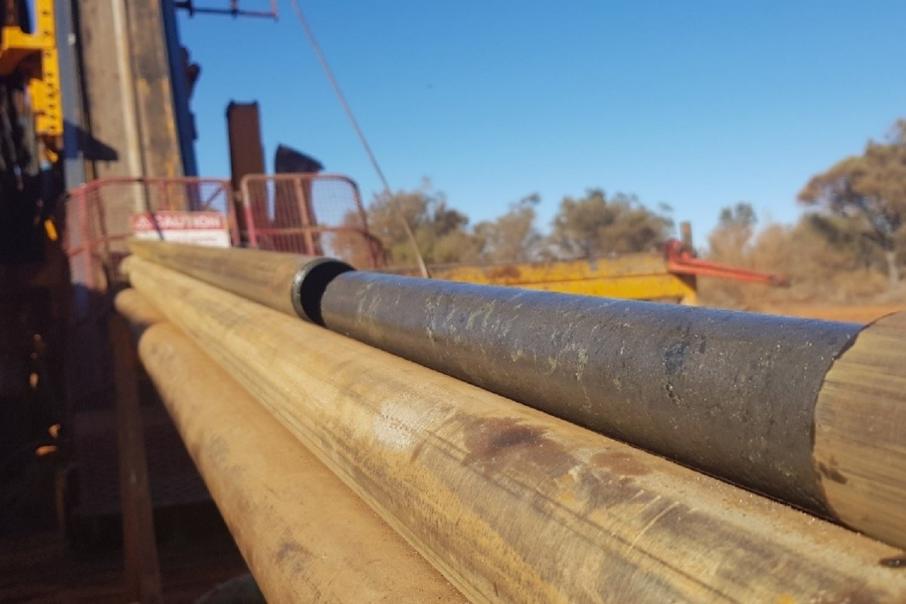 Legend Mining looks to be tugging on the tail of a tiger in WA’s coveted Fraser Range, with ongoing drilling continuing to expand the footprint of its exciting Mawson nickel sulphide discovery. An innovative blend of geophysics and deep diamond core drilling has outlined three new priority nickel targets that extend over more than 3 kilometres of strike.

First-pass drilling of Target Area 2 north-east of the main Mawson prospect and the largest of the three new prospects, is already paying dividends with diamond core returning disseminated to stringer sulphide mineralisation. Detailed logging has also confirmed the presence of the same host geology as the discovery zone, validating the company’s evolving model of the nickeliferous terrane.

Legend’s current drilling campaign also indicates that the main Mawson discovery zone extends to the south of the existing drill pattern, with preliminary down-hole electromagnetic, or “EM” surveys lighting up a series of off-hole conductors sitting just below the current drill holes.

Legend Mining Managing Director, Mark Wilson said: “This has been a successful start to our 2021 diamond drill program with step-out holes intersecting mineralisation in the right rocks in all traverses drilled this year which adds to our confidence of a large mineralised system at this prospect.”

“Diamond drilling continues, complimented by down-hole EM, in our ongoing systematic search for the main mineralised source at Mawson.”

Legend’s Mawson nickel sulphide discovery forms part of the company’s Rockford project in Western Australia. The company’s tenure covers more than 3,000 square kilometres of the famed Fraser Range, a mineral province that shot to prominence after the discovery of the celebrated Nova-Bollinger nickel-copper deposit in 2012.

The Nova mine lies approximately 120km to the south west of Legend’s Mawson prospect and hints at the wealth of mineralisation that may lie buried below this underexplored West Australian base metal-rich terrane.

The company has used some down-time over the summer months to undertake detailed modelling of the Mawson geology and mineralisation. Utilising a trailblazing blend of EM and gravity surveying, combined with a mushrooming dataset of drilling, Legend has begun to delineate the nickel and copper-rich structures that underlie the Mawson discovery and its surrounds.

The three new targets identified by the modelling all show similar geology and geophysical signatures to the original discovery. Target 1 occupies a position immediately south of the main Mawson prospect and extends over more than a kilometre of strike, with drilling returning sulphides and down-hole EM targets.

Target 2 is the largest of the prospects and extends through the core of the Mawson ‘eye’. The target extends over close to 2km of strike with aircore and diamond drilling identifying the presence of anomalous sulphide mineralisation and a deeper chonolith, which the company says plays a key role in the evolution of the nickel and copper sulphide mineralisation.

The third target area sits in the north of the Mawson area and is a coincident magnetic, gravity and EM anomaly that remains untested by deeper drilling.

Legend has now tasked two diamond drill rigs to continue testing its wealth of nickel sulphide targets at Mawson, with pundits expecting a steady stream of news in the weeks ahead as the company continues its program of drilling, geophysical surveying and fine-tunes of its exploration models.