Legend Mining continues to light up new nickel sulphide targets at the Mawson nickel discovery in WA’s Fraser Range, with down-hole electromagnetics identifying two new off-hole conductors adjacent to recent drilling. The larger of these two targets appears to extend the Mawson west prospect to the north and demonstrates the nickel mineralisation at the discovery remains unconstrained by the current drill pattern. 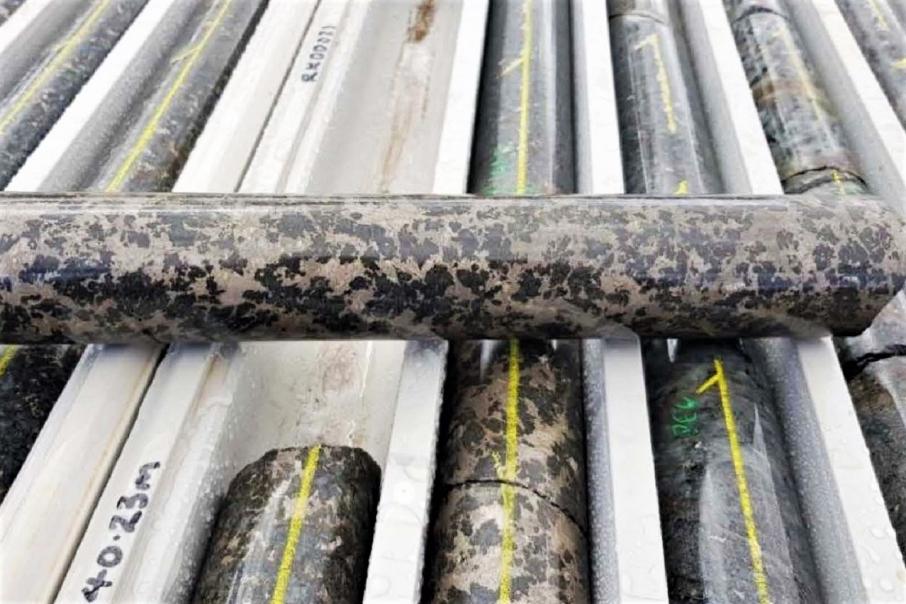 Legend Mining continues to light up new nickel sulphide targets at the Mawson nickel discovery in WA’s Fraser Range, with down-hole electromagnetics, or “EM” identifying two new off-hole conductors adjacent to recent drilling. The larger of these two targets appears to extend the Mawson west prospect to the north and demonstrates the nickel mineralisation at the discovery remains unconstrained by the current drill pattern.

The conductive plate associated with hole 25, on the east side of the prospect, is what geologists refer to as a “high-kicking target” that may extend the sulphide mineralisation 80m along strike, adjacent to the drill hole. However, the potentially more interesting target lies north of hole 26. This extensive, moderate to strong, EM plate indicates that the sulphide lodes at Mawson west continue to the north, with the conductor extending over 90m of strike and along an impressive 120m down plunge – a compelling target for the ongoing diamond drilling program.

“The nature (size, strength and location) of the off-hole conductors from holes 025 and 026 makes them compelling drill targets and they will be tested with the next diamond holes drilled.”

Exploration at the Mawson nickel discovery continues to expand the prospect areas with drilling intersecting nickel sulphides and EMs identifying a swag of new targets, lighting up new conductors adjacent to the existing drill holes and at depth. This ongoing success hints strongly that the Mawson discovery consists of multiple sulphide lodes which further enhances the prospectivity of the find.

Drill testing of the various electromagnetic conductors identified through this reliable exploration strategy continues to meet with success. Assaying of the disseminated sulphide intercepts from drill hole RKDD021 has confirmed a broad envelope of highly anomalous nickel mineralisation including 15.35m at 0.51 per cent nickel and 0.28 per cent copper from 219.1m.

“These assay results are within our expectations from visual field observations of the nickel-copper sulphides in this hole. The importance of these sulphides is the pointer to something bigger, better, and close by, which subsequently was intersected in hole 023 and reported to ASX on 8 September. The assays from hole 023 are awaited.”

The Mawson nickel sulphide discovery forms part of Legend’s Rockford Project which covers more than 3,000 square kilometres of the nickeliferous Fraser Range mineral field. The Rockford project is located approximately 250km east of Kalgoorlie and has emerged as one of the world’s preeminent exploration terranes for the discovery of intrusive-related nickel sulphide deposits, which includes Independence Group’s revered Nova-Bollinger nickel-copper-PGE mine.

Legend’s latest results continue to highlight the potential of the prospect with down-hole electromagnetics highlighting a wealth of new targets and extending the Mawson west prospect along strike and at depth. With drilling seemingly now zeroing in on a veritable nest of sulphide lodes, and with a bevy of samples already in the lab, investors can expect a steady flow of results from the evolving discovery in the coming weeks.