ASX listed Legend Mining will pepper the southern part of its promising Rockford project in the Fraser Range with 150 aircore drill holes totalling about 10,000m. The fresh program will target a number of exciting looking electromagnetic conductors and other aeromagnetic/gravity features in the at the Project. Legend is planning to carry out further exploration at the Area D Prospect following geophysical, geological and geochemical data hits. 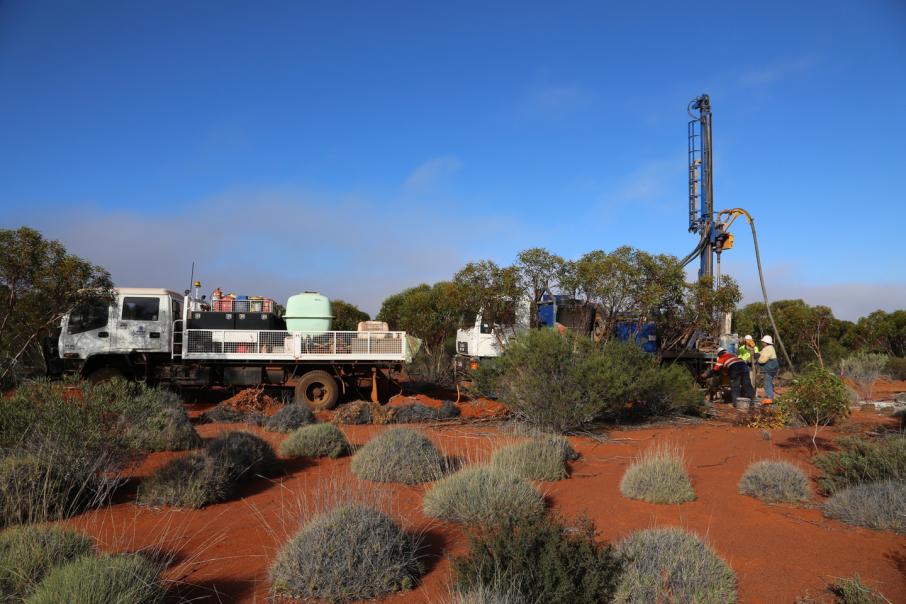 Fresh from some success from infill drilling at its Area D prospect, Legend Mining is now lining up for a fresh new air core drill program that will see 150 air core drill holes peppered across the landscape at its Rockford nickel-cobalt-copper project in the highly prospective Fraser Range region of W.A.

The company is planning to drill about 10,000m targeting four previously identified electromagnetic conductors and numerous priority aeromagnetic/gravity features in the southern portion of the project.

Drilling is expected to take 3-4 months to complete and is aimed at providing lithological and geochemical information on the targets.

In an update to the ASX this week, the company said it has received assays for the remaining 18 drillholes at Area D.

While no anomalous geochemistry was encountered, the majority of these holes intersected gabbronorite providing further evidence of the widespread occurrence of favourable host rocks at the prospect.

Earlier this month, Legend said that assays from eight aircore holes included sniffs of mineralisation that indicate it may be  on the right track at Rockford. The market seems to agree too, marking Legend’s stock up to a high of 6.6c last month after it languished at around 1c a share for some time last year.

They also extended the strike length of the third mineralised intrusive body recently identified at Rockford to more than 100m.

Legend is now planning the final design of further exploration at Area D following a geophysical, geological and geochemical data review. It also plans to start an innovative electromagnetic survey at the prospect.

Rockford is located in the coveted Fraser Range and contains the same rock sequences and base metal mineralisation hosted by the now famed Nova-Bollinger nickel-copper deposit, 120km to the south-west, discovered by Sirius Resources in 2012.

Legend is exploring Rockford with well-known prospector Mark Creasy, who holds 30% of the project and played a key role in discovering Nova-Bollinger.

Mr Creasy also holds 31% of recent ASX entrant Galileo Mining, who has a project near Nova-Bollinger and is also prospective for nickel, copper and cobalt.