Legend Mining has commenced a detailed, ground-based EM geophysical survey over the Area D prospect of its Rockford project in the Fraser Range region of southern WA. The survey is being undertaken over the high-priority D5 conductor, where the company has already defined anomalous nickel-copper sulphide mineralisation and is designed to better constrain the target ahead of an upcoming diamond drilling program. 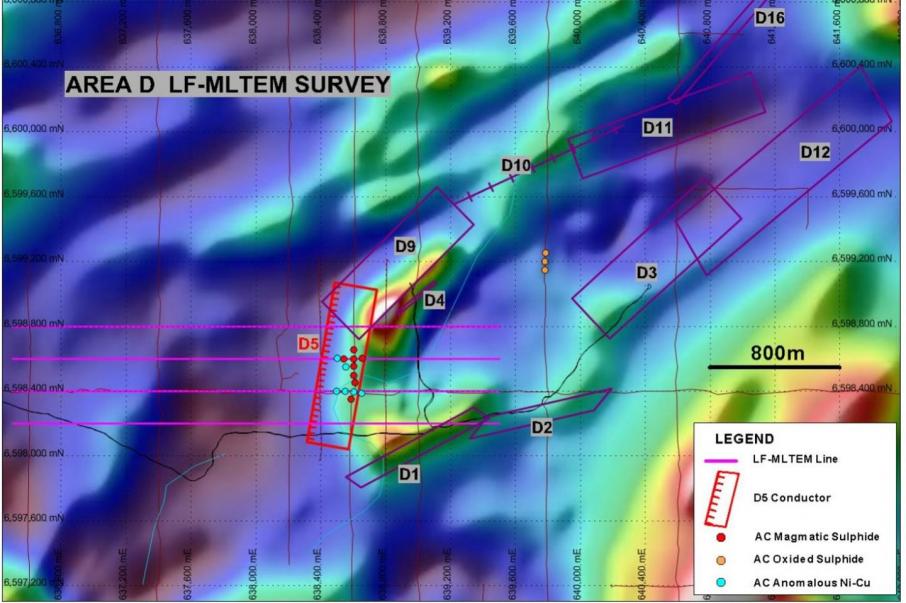 Base metals explorer, Legend Mining, has kicked off a low frequency electromagnetic, or “EM”, geophysical survey over the emerging Area D prospect of its Rockford project, located in the Fraser Range region of southern WA.

The survey is being undertaken over the high-priority D5 conductor and is designed to better constrain the complex structural EM target, ahead of planned diamond drilling next month.

The survey is expected to take two to three weeks to complete.

Legend Managing Director Mark Wilson said: “This low-frequency EM survey is the final step before diamond drilling at Area D. The survey is expected to be completed by the end of September which will facilitate a mid-late October start for the diamond drill programme. Meanwhile, the regional aircore drilling is ongoing”.

The company has defined 17 EM conductors at Area D, but it is the geophysical, geochemical and structural characteristics of D5 that has Legend chomping at the bit to sink some targeted diamond holes.

Area D is situated about 160km northeast of Independence Group’s Nova-Bollinger nickel-copper mining operations, which was the first economic discovery in the Fraser Range in 2012.

Legend is focussed on uncovering the next major discovery in the region and has an enviable package of ground in the district.

The next few months will be a watershed for the company, centred around unearthing the latent prospectivity of Area D and in particular, the intriguing D5 conductor target.