Legend Mining’s aircore drilling program has better defined the extent of the four mineralised footprints at the Area D prospect at the company’s Rockford project in W.A’s coveted Fraser Range region. Legend is reviewing drilling data from the past eight months to determine its next steps and will carry out regional drilling in the project’s south. 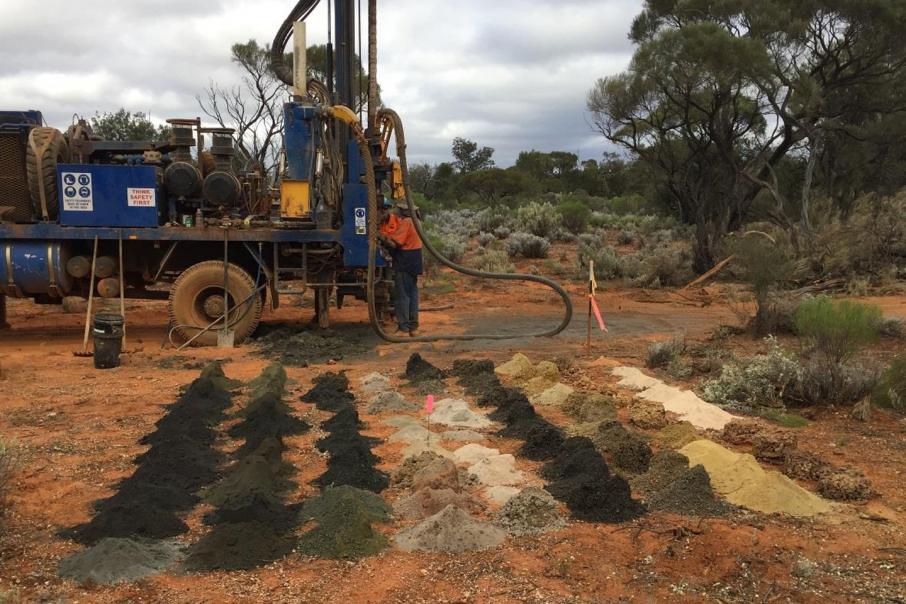 Legend Mining has painted a clearer picture at its Rockford nickel-cobalt-copper project in the highly prospective Fraser Range region of W.A

The Mark Creasy-backed Legend Mining told the market fresh assay results from its infill drilling program had better defined the extent of the four lucrative looking mineralised footprints at the Area D prospect.

The latest assays from eight aircore holes include sniffs of mineralisation that indicate the company is on the right track.

Rockford is located in the coveted Fraser Range and contains the same rock sequences and base metal mineralisation hosted by the famed Nova-Bollinger nickel-copper deposit, 120km to the south-west, discovered by Sirius Resources in 2012.

Legend is exploring Rockford with well-known prospector Mr Creasy, who holds 30 per cent of the project and played a key role in discovering Nova-Bollinger.

The company will review drilling data and geophysics to determine its next steps at Area D with regional aircore drilling over selected targets in the southern Rockford project also due to kick off.

The results of the Area D geophysical review will then be integrated with geological-geochemical datasets to assist in narrowing down the search for the source of mineralisation.

Legend Managing Director Mark Wilson said: “This batch of assays has now completed defining the extent of the four mineralised footprints at Area D. The remaining assays from this program are from drilling over other nearby features of interest.

“Our focus is now to review, with our consultants and Joint Venture partner, the drilling data from the last eight months of work and integrate with the geophysical data collected earlier in the project to determine how we proceed from here.”

Investor interest in the Fraser Range has been strong, with recent ASX entrant, Galileo Mining, listing at a 90 per cent premium to its 20 cents a share issue price in May. It currently trades around 36 cents

Mr Creasy also holds 31 per cent of Galileo, which has a project near Nova-Bollinger and is also prospective for nickel, copper and cobalt.

Shares in Legend have climbed more than four fold to 6.1 cents recently as the company patiently but doggedly continues to vector in on the source of the mineralisation at Rockford.