Legend Mining believes it is closing in on the ‘big one’ at Mawson’s with drilling intersecting 30 metres of massive sulphides. The drill hole was designed to test a strong, ‘off-hole’ geophysical conductor and returned three zones of strong massive sulphide mineralisation. The drill core samples are now headed for the lab with an estimated three-week turnaround for results. 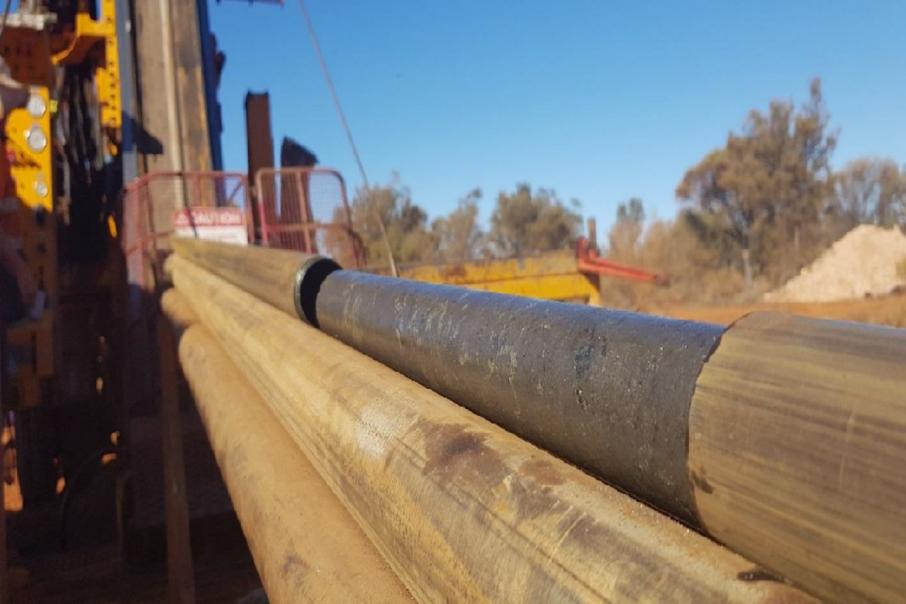 Legend Mining believes it is closing in on the ‘big one’ at Mawson’s with drilling intersecting 30 metres of massive sulphides in W.A.’s revered Fraser Range, home to the massive Nova-Bollinger nickel-copper discovery.

The latest drill hole was designed to test a strong ‘off-hole’ geophysical conductor and with 3 separate zones of massive sulphides totalling 30m, it clearly didn’t miss.

Legend Managing Director, Mr Mark Wilson said: “The 19.8m intercept of massive sulphides makes hole 17 (RKDD017) the best Mawson hole we have drilled to date. Holes 14, 15 and 16 have all intersected sulphides of varying widths and styles and add to the story.”

“The assays received from the massive intercepts in hole 13 confirm ore grade mineralisation.”

“These results add to those previously announced and indicate something big and close. We are excited by the challenge of finding it.”

Legend’s diamond drilling program continues to the reap the rewards of careful planning and the lessons learned from the Nova-Bollinger nickel-copper discovery. Geophysics, geochemistry, and drilling remain vital tools in nailing down the position of the elusive sulphide lodes below surface.

Notably, the latest drill results have intersected sulphide mineralisation in all reported holes.

Legend is now undertaking down hole EM on the recently completed drill holes with samples headed for the lab and an estimated three-week turnaround for results. Drilling will continue across the Mawson’s discovery testing both geochemical and geophysical targets as the company zeros in on the deeper source of the nickel sulphides from earlier drill holes.

As good as Legend’s recent numbers are, Managing Director Mark Wilson believes he is only on the outskirts of the source of the mineralisation, albeit he has his ears pinned back now in pursuit of the prize.

An event like that will catapult Legend into the Fraser Range hall of fame alongside revered “prospector” Mark Creasy and Sirius Resources after Sirius, backed by Creasy, found the remarkable Nova-Bollinger nickel-copper deposit there some years ago.

Punters will once again have to hold their breath as the latest results are processed through the labs however it would appear that Legend may now have the ‘tiger by the tail’ – the question now, is will that tiger take the form of 30m of massive sulphides?