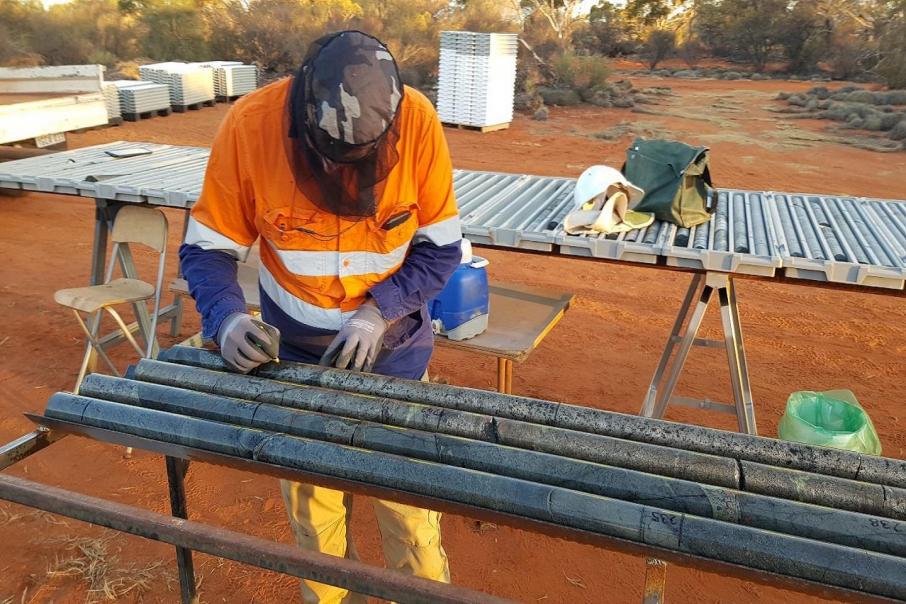 The company has been using Downhole electromagnetics, or “DHEM”, to light up strong conductors adjacent to existing drill holes to chase the elusive and as yet undiscovered primary nickel sulphide source which it looks to be getting tantalisingly close to.

The latest drill intercept suggests that Legend’s geophysical technocrats may have found the key to tracking the nickel-copper sulphides around the region.

Whilst assays are still pending, the company said a visual inspection of the core from the hole number RKDD023 showed 12.95m of massive sulphides, 7.55m of semi-massive sulphides and multiple zones of net-textured, matrix and heavy disseminated sulphide mineralisation.

Legend Mining’s Managing Director, Mark Wilson said: “The discovery of another 12.95m of massive nickel- copper sulphide in diamond drillhole 23, circa 200m from the previously announced massive sulphides, is a quantum boost for the potential of the Mawson Prospect.  The nature of the mineralisation suggests we are closer to the intrusive source but we are not there yet. Downhole EM from this hole, which is now underway, is designed to provide data to assist in planning future diamond holes in this immediate vicinity.”

“Importantly, the RC drilling confirms the Mawson intrusive complex extends north and east of the known Mawson nickel-copper sulphide mineralisation, confirming the prospectivity for mineralised intrusives below the eastern aircore geochemical anomaly. The RC holes are also a great platform for downhole EM.”

Legend said the wide zone of nickel-copper mineralisation was encountered in an inter-woven assemblage of intrusive and metasedimentary rocks between 216.45m and 310.4m downhole, with the 12.95m massive sulphide zone contained in three layers between 221.9m and 240.7m downhole.

The company said it will complete a DHTEM survey in the latest diamond hole to provide additional vectoring for future drilling as it searches for  sulphide ‘textures’ that it claims are typical of the massive Nova-Bollinger nickel deposit that is lurking nearby.

Legend is continuing with its active exploration program across the Mawson prospect area with positive assays in from 6 out of a total of 10 RC drill holes targeting a package of highly prospective mafic and ultramafic intrusives approximately 500m east of the main target area at Mawson.

The best assay result from one 49m intercept was an 18m interval grading 0.42 per cent nickel, 0.14 per cent copper and 0.04 percent cobalt, confirming the prospectivity for mineralised intrusives below the eastern aircore geochemical anomaly identified by Legend.

Legend appears to be delivering on its aggressive exploration program across the Mawson project and no doubt market watchers will be keen to see how the latest round of drilling assays up.