Legend Mining’s patient and systematic exploration for a Nova-Bollinger lookalike at its vast Rockford project in the Fraser Range has delivered its best result yet. New assays from aircore drilling at Area D returned 47 metres at 0.29% nickel, 0.12% copper and 0.03% cobalt, which compares very favourably with results at a similar stage in the Nova discovery according to company management. 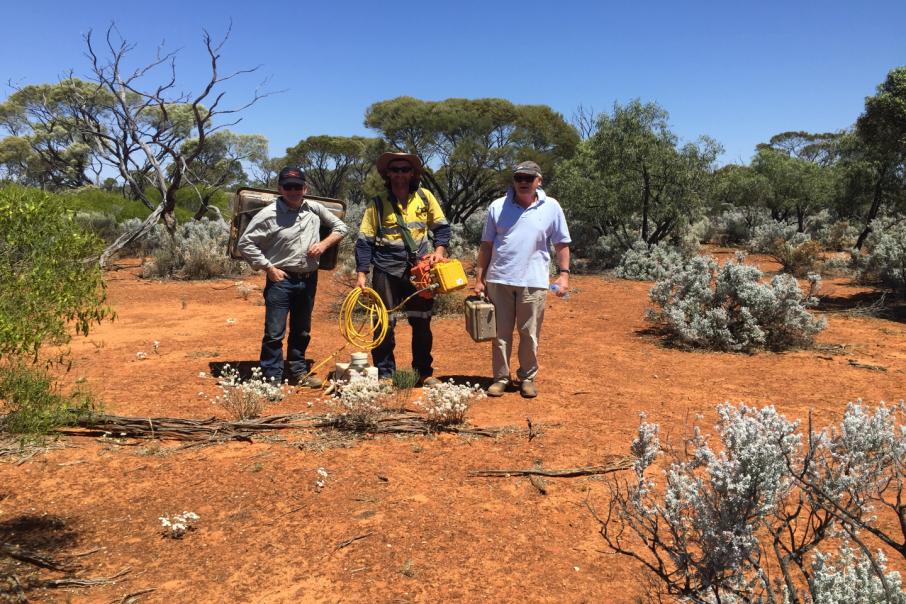 Legend Mining’s recent decision to focus on Area D at the Rockford project has been rewarded with highly anomalous nickel-copper-cobalt assays from aircore drilling.

Legend and its 30% joint venture partner, the Creasy Group, recently switched their focus to Area D after taking a much closer look at the results of diamond drilling last year from a hole that was drilled just 400 metres northwest of the latest discovery hole.

The new aircore program was designed to cover a much wider area than previously drilled at Area D and targeted several aeromagnetic highs and lows rather than a discrete gravity high that was the focus of earlier drilling.

Legend Managing Director, Mark Wilson, said: “These assays are the most significant exploration result from our work at Rockford to date. They compare very favourably with the tenor of the early results from aircore drilling by Sirius Resources at Nova.”

“The anomalous nickel and copper results in hole RKAC151 and the earlier petrology report from diamond hole RKD002 give positive early indications of a mineralised system, significantly increasing the prospectivity of Area D.”

The next steps for Area D will be determined once the second batch of assays has been received and detailed petrographic analysis has been completed on rock chip samples from the bottom of the discovery hole and possibly a number of other holes.

The Rockford project covers almost 3,000 square kilometres of the revered Fraser Range along strike from the now legendary Nova-Bollinger nickel mine. Legend have used innovative electromagnetic surveys and other techniques to narrow down targets within the vast area and have been systematically drilling with a view to uncovering a sister deposit to Nova Bollinger which was discovered in 2012.

Investors seem interested too with Legend’s stock jumping by 70% to 1.7c a share in the last two months.