Legend Mining has started aircore drilling over two intriguing base metal targets it located late last year at its Rockford project in the revered Fraser Range in WA. The first target at Rockford South returned results peaking at 3m @ 0.71% nickel and 0.04% cobalt from 40m down-hole. About 9.5km to the northeast, the company will target anomalous copper-zinc-silver mineralisation adjacent to an electrically conductive geophysical anomaly. 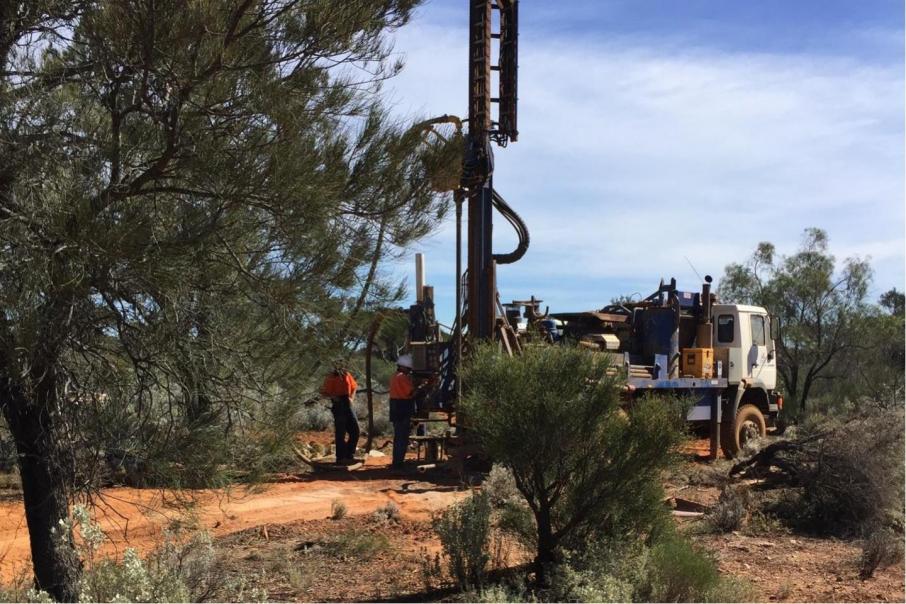 ASX-listed and Fraser Range focussed base metals explorer Legend Mining has commenced its 2019 field activities at the Rockford project with a dedicated aircore drilling campaign and a ground-based geophysical survey program.

The drill program will comprise 100 holes for about 8,000 metres completed over the next two months at the emerging Rockford South and Area D prospects before moving onto other regional exploration targets located within a 25 square kilometre area of the latter prospect.

That drill hole was part of a wider-spaced, east-west drilling section testing a geophysical aeromagnetic low and gravity high the company had interpreted as a possible mafic-ultramafic intrusive geological rock sequence.

The intersection also contained elevated assays of the element chromium, which is a typical pathfinder for these styles of intrusive-related rocks, particularly in the Fraser Range.

According to Legend, this suite of anomalous geochemistry in the southern section of the Rockford project area demonstrated the prospectivity for Nova-Bollinger style economic accumulations of massive sulphide nickel-copper mineralisation within its tenement holdings.

The Nova-Bollinger deposit is about 100km southwest of Rockford South, in a very similar geological setting.

The company is now completing close-spaced, infill aircore drilling adjacent to the anomalous drill hole, to better define the extent of the elevated geochemical signature and the favourable rock sequences it previously intersected.

9.5km to the northeast of that first result, Legend completed a drilling traverse above a strong, conductive anomaly and turned up an intriguing 9 metre intercept with elevated copper, zinc and silver mineralisation.

Management said the sulphide content appeared to increase with depth down the vertical hole and could help explain the electrically conductive plate identified at depth.

The result was important because it might represent a nearby occurrence of volcanogenic massive sulphide, or “VMS”, mineralisation within the broader Rockford project, similar to Independence Group’s Andromeda massive copper-zinc discovery, located nearby to the southwest.

“The copper-zinc-silver above the (conductive anomaly) is very complimentary to the work we are doing (and) … has broadened the base of both styles of known anomalous mineralisation ...”

The drilling program is specifically designed to provide Legend with geological and geochemical data in positions near the modelled EM plates and hence, determine the likely prospectivity for nickel-copper sulphides.

The results from the new aircore program will be collated with last year’s drilling, the existing EM survey data and an upcoming 3D induced polarisation, or “IP”, ground geophysical survey, to rank and prioritise conductors ahead of a program of diamond drilling for Area D.

Legend is also planning exploratory, scout aircore drilling of other targets delineated within a 25 square kilometre area of the important Area D prospect.

All in all, a pretty full dance card for Legend in 2019, as it continues to vector towards accumulations of base metal mineralisation within its large tenement portfolio at the Rockford project, with the aim of replicating the success of its peers in the revered Fraser Range region in southern WA.