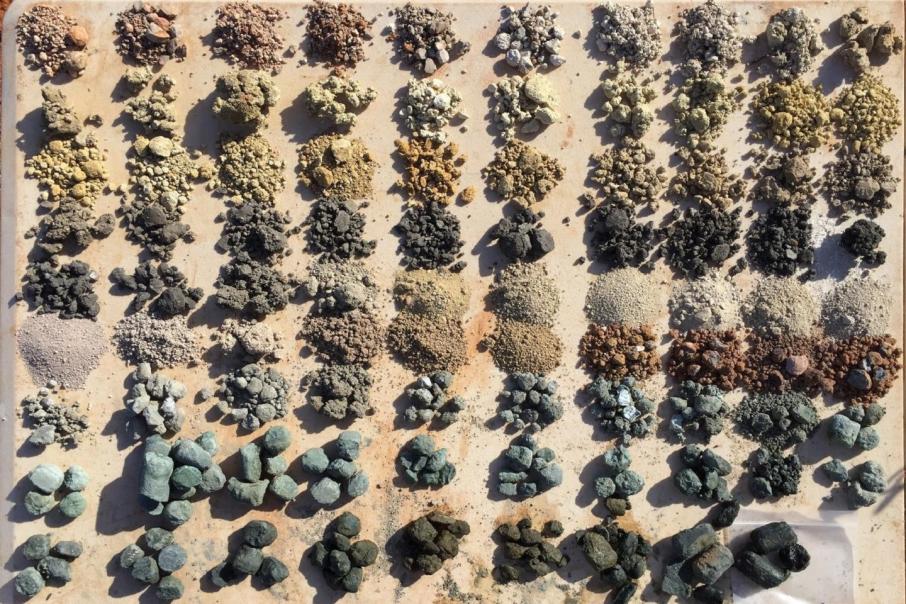 Legend Mining continues to build on its success in the Fraser Range with recent drilling extending the footprint of the Mawson nickel discovery yet again. Shallow air core drilling has intersected broad zones of nickel-copper mineralisation, pointing to a deeper sulphide source. Legend has its ears laid back now as it vectors in on the source of its recent success at Mawson.

Managing Director, Mark Wilson said: “The developing geochemical footprint of anomalous nickel-copper assays at Mawson is seen as an important indicator of the possible source of the massive sulphides we have discovered recently.”

Intercepts from the recent drilling campaign include 24 metres at 0.36% nickel and 0.22% copper and 22 metres at 0.29% nickel and 0.16% copper. This mineralisation extends from only 60 metres downhole and only just touched on the fresh rock at the end of the hole.

This drilling confirms the presence of nickel and copper mineralisation along strike from the maiden discovery and it extends the footprint of the Mawson discovery over more than 1,000 metres to the northeast.

This confirmation of the larger mineralised system at Mawson’s comes hot on the heels of the stunning results released just last week, with deeper diamond drilling identifying two nickel sulphide lodes including an impressive intercept of 21.6 metres at 1.93% nickel and 1.09% copper from 217.5 metres depth.

The Mawson discovery forms part of Legend’s Rockford project in the world-class Fraser Range terrane of Western Australia. The project is located 280 km east of Kalgoorlie and only 120 km northeast of the famed Nova-Bollinger nickel discovery. The Rockford project covers over 3,000 km2, much of which is held in joint venture with WA mining icon, Mark Creasy who doesn’t tend to miss when he goes exploring.

In the wake of the COVID-19 outbreak, regional restrictions are now easing across Western Australia and Legend is expanding its program across the Rockford project, with a focus on Mawson’s. The company’s ongoing programs include detailed gravity geophysics over the discovery in addition to air core and diamond drilling in order to continue the delineation of the nickel lodes across the discovery zone.

With Legend now zeroing in on the key sulphide-bearing geology at Mawson’s, exploration is expected to ramp up over the coming weeks and if Legend can identify the source – and that is looking increasingly likely - it will indeed have lived up to its name.

Substantial shareholders as published in the annual report.
END_OF_DOCUMENT_TOKEN_TO_BE_REPLACED
Powered by Morningstar ®