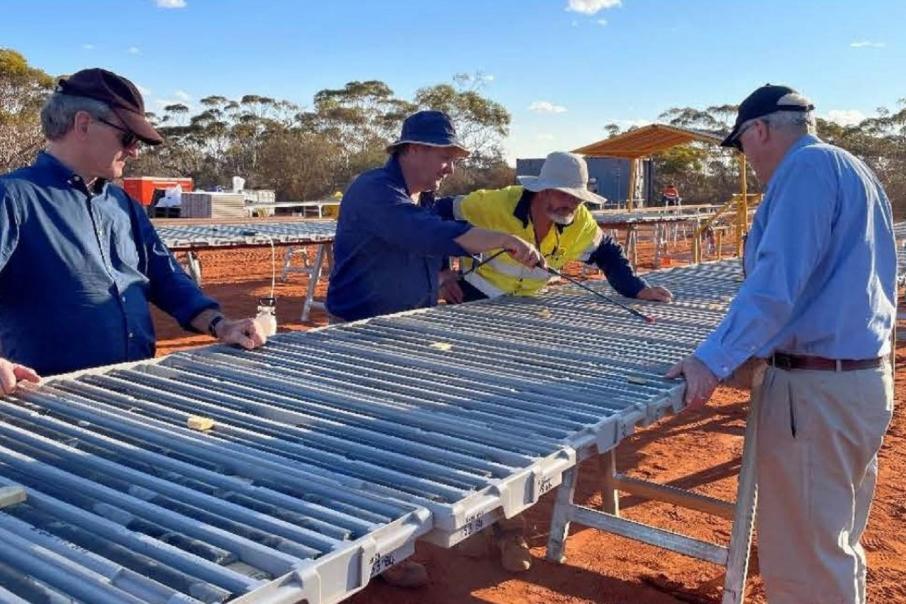 The Perth-based company’s diamond drilling campaign across the prospect area has so far uncovered massive sulphides for more than 1km east of the original discovery zone.

Management says one of the three new diamond holes targeting an interpreted south-west extension of the eastern igneous rock intrusion or “chonolith” pierced a metasedimentary rock package from 52.3m to 79.7m and then hit variably mineralised gabbronorite with interleaved metasediments, anorthosite and pegmatitic zones from 79.7m to 263.3m down-hole.

Textures of the sulphides across these zones indicate remobilisation of sulphide, which Legend says suggests the drill hole has not met the primary sulphide source.

Assay results so far confirm this theory, according to the company.

Another of the holes was drilled off the north-eastern end of the igneous rock intrusion model, probing for a north-eastern extension. It encountered a weakly mineralised gabbronorite from 92m to 381m down-hole before hitting a meta-banded iron formation and orthogneiss assemblage to 403.2m.

A zone of net-textured, semi-massive and massive nickel-copper sulphide was intersected from 453.2m to 458.1m.

Legend says structural logging and drill results also suggest mineralisation in this hole does not appear to be from the primary source.

A third hole perforated disseminated zones in mineralised intrusion between 300m and 344m, which the company says points to a fertile nickel-copper system.

The mineralised intrusion remains open to the west, east and north.

The $344 million market-cap company plans further drilling to track the mineralised intrusion in the open directions.

Legend Mining Managing Director, Mark Wilson said: “The assays … are broadly in line with our expectations from visual observations of the core at site. The key point is the distance between massive sulphide occurrences and the broader mineralised intercepts give us the geological confidence of a fertile mineralised system of significant scale.”

“Both the drilling and down-hole EM results have continued the evolvement of our geological understanding of the Mawson intrusion. This is the objective of the current stage of our systematic ongoing exploration strategy at this prospect.”