ASX listed Legend Mining has boosted the known extent of the mineralisation at its flagship Mawson nickel-copper sulphide project in WA. The mineralised intrusive footprint at Mawson now extends more than 1.4 kilometres, with gravity modelling suggesting the intrusion potentially extends across more than 3 kilometres of strike and importantly, there is a big increase in the size of the magnesium-oxide rich ultramafic core. 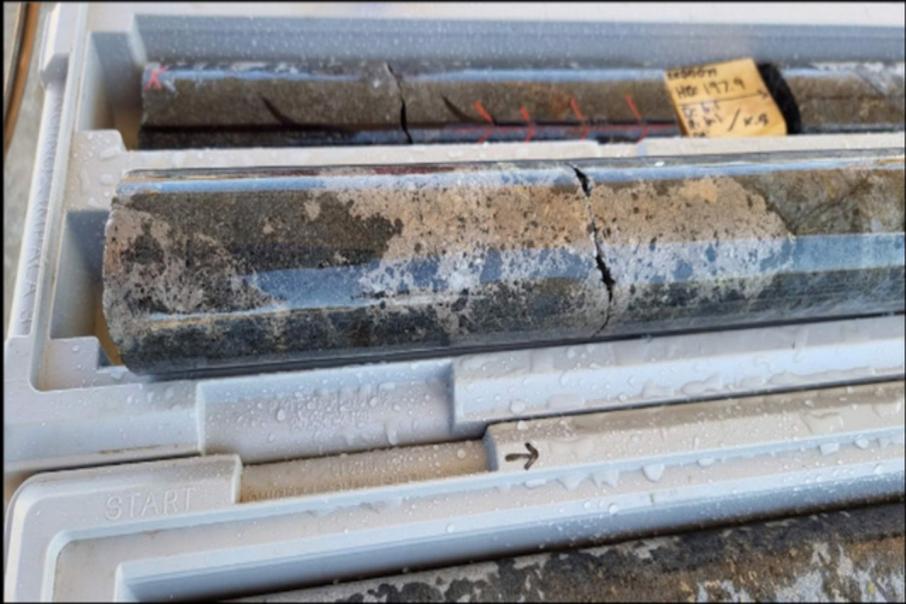 The company has now integrated the geology, geophysical and assay results from the latest diamond drillholes at its Mawson nickel-copper-cobalt prospect within the Rockford Project in WA’s Fraser Range and the results are impressive. The known dimensions of the mineralised intrusion have been significantly extended to the northeast and importantly, there has been a big increase in the extent of the high magnesium oxide ultramafic core.

Returned assay data to date has highlighted elevated nickel-copper values from several drillholes associated with disseminated sulphides in mafic and ultramafic intrusives and the results confirm the interpreted mineralised feeder to the Mawson intrusion continues at depth.  One drill hole, RKDD071, intersected more than 100m of nickel-copper mineralised mafic and ultramafic chonolith from 99.26m through to 207.18m and Legend says this target area is now scheduled for further testing.

Legend Managing Director Mark Wilson said: “This new data is continually updating the 3D model, which will be the predictive tool for identifying trap sites for massive nickel-copper sulphide accumulations. Our systematic programme of diamond drilling followed by DHTEM to identify priority targets is ongoing at Mawson.”

Legend’s Mawson nickel sulphide discoveries form part of its Rockford base metals project in Western Australia where its tenure covers more than 3,000 square kilometres of the coveted Fraser Range. Legend shares the province with several other explorers and miners, however much of the remainder of the terrane is held by IGO, owner of the illustrious Nova-Bollinger nickel-copper discovery which sits around 120km to the southwest of Mawson, providing an unforgettable example of the riches that are up for grabs in this celebrated terrane.

The distinctive massive sulphide deposits in the region are a type of magmatic nickel-copper sulphide occurrence that are unusual as they are spatially and genetically associated with large, deep faults that have acted as conduits for deep seated nickel-copper-bearing magmas to rise to the surface.  The exceptional magmatic processes that are required to form these massive nickel-copper sulphide deposits have fortuitously occurred along a lot of the length of the Albany-Fraser orogen in WA, resulting in mafic-ultramafic intrusions termed “chonoliths” that are clustered in structurally and geophysically complex areas along the orogenic area.  The geometry of the intrusion commonly defines the outer footprint of the nickel-copper sulphide deposit. A key feature is that the massive sulphides are often discordant with respect to disseminated sulphides and are hosted in distinctive variably textured zones.

Further future work includes the continuation of systematic diamond drilling across priority target areas with down-hole electromagnetic surveying to be undertaken on all completed diamond drillholes.
Integration of all diamond, reverse circulation and aircore drilling with geochemical and geophysical datasets will be undertaken to advance the 3D model of Mawson.

With drilling now throwing up a grab bag of nickel sulphides at Mawson East, it appears that Legend’s modelling may be pointing the way to a serious contender to the Nova deposit.