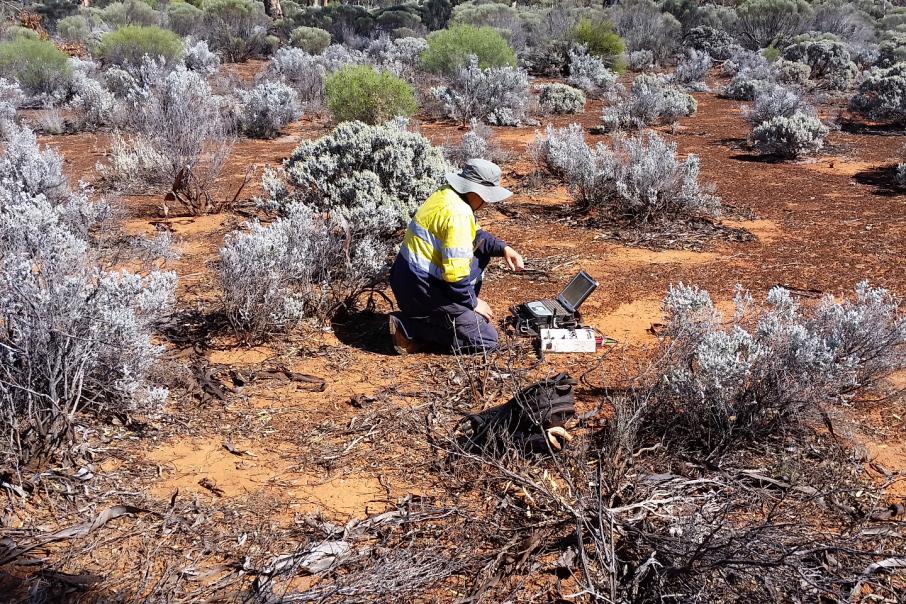 Legend back at Rockford with high-tech EM Surveys

Legend Mining have wasted no time getting back into the field for a series of moving loop electromagnetic survey’s at their Rockford project in the Fraser Range, home to the giant Nova-Bollinger nickel deposit.

The Perth-based explorer recently completed a round of exploratory drilling at Rockford which the company says has greatly assisted it to better understand the geology at the Fraser Range.

The previous round of drilling established the presence of rock types and sequences at Rockford that are similar to the Nova-Bollinger deposit.

The target areas were selected based on detailed aeromagnetic and gravity data and from recently gained knowledge from diamond drilling at Area D.

Legend Managing Director, Mark Wilson, said “The visual assessment and Niton XRF analysis of the first two diamond holes at the Rockford project has greatly enhanced the prospectivity of the entire project area. As a result, we have commissioned the next phase of MLTEM surveying to commence immediately. We will consider further drilling at Area D once a comprehensive review of all datasets is completed in coming weeks.”

Electromagentic surveys are the exploration tool of first choice for explorers seeking highly conductive nickel-copper sulphides. However the conductive cover rocks in the Fraser Range above the bedrock target zones can sometimes make exploration difficult.

To improve its chances of success, Legend’s latest EM survey is relying on the same high-powered EM system used in earlier surveys.

Legend says that its high tech and high powered EM survey tool was  effective in “seeing through” the cover sequence and enables large areas to be covered without losing the quality or resolution it needs.

The company is also benefiting from a recent 2,423-station infill gravity survey over the eastern portion of Rockford, which has narrowed down target selection and prioritisation.

Wilson added that any significant bedrock conductors identified by the EM survey would be followed up with a combination of fixed loop EM and aircore drilling, prior to RC and diamond drill testing where warranted.

The Rockford project area is held 70% by Legend and 30% by the Creasy Group, which has a long history as one of Australia’s best explorers.

Legend is well cashed up following the recent sale of shares in the Independence Group inherited through last year’s takeover of Sirius Resources. The sale provided a healthy kick to the Fraser Range explorer’s share price and boosted cash reserves to $8.5 million

Substantial shareholders as published in the annual report.
END_OF_DOCUMENT_TOKEN_TO_BE_REPLACED
Powered by Morningstar ®