Legend Mining gets base metal sniff in Fraser Range

Legend Mining has reported intriguing anomalous zinc, gold and sulphur assay results from its new Shackleton discovery, located in the revered Fraser Range region of WA. The company believes the new results bear all the geochemical fingerprints of a volcanic-hosted massive sulphide style of base metal mineralisation. The find is located only 7km northeast of the Independence Group’s Andromeda “VHMS” copper-zinc, gold and silver discovery, revealed earlier this year. 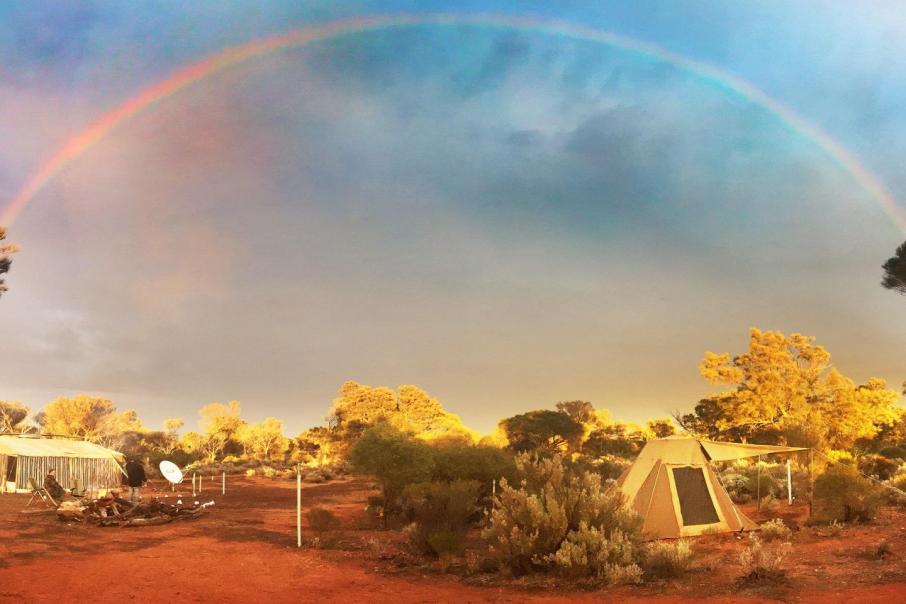 Fraser Range focussed Legend Mining has reported intriguing anomalous zinc, gold and sulphur assay results from its new Shackleton discovery, which it believes bears all the fingerprints of a volcanic-hosted massive sulphide style of base metal mineralisation.

The limited shallow aircore drilling completed by Legend confirmed the presence of favourable geological rock sequences to host VHMS mineralisation, which is supported by elevated base metal and precious metal geochemical contents.

The drilling was focussed on a discrete magnetic stratigraphic horizon that strikes for over 24km and was delineated by the company as having all the hallmarks to potentially host VHMS mineralisation.

Importantly, the first drilling traverse intersected a weathered, black shale sedimentary unit that was replete with pyrite and gave peak values of 0.06% zinc, 0.22g/t gold and 2.21% sulphur, which is an encouraging result from the company’s maiden drilling program at Shackleton.

The black shale unit may represent a marker ore horizon, which is typical of a VHMS-mineralised environment.

A second north-south drilling section, 1km to the southwest, turned up numerous intersections of anomalous gold mineralisation, with the best result being 4m @ 0.58g/t gold from 12m down-hole.

This second traverse also contained minor quartz veining and a calcrete development, which is representative of a later alteration event within the Shackleton area.

VHMS-style ore bodies tend to have a wide zonation of base metal and precious metal mineralisation away from the primary source and the spread of the zinc, gold and sulphur assays along with other pathfinder elements such as silver, molybdenum, bismuth and tin at Shackleton, increases the prospectivity of the new discovery.

Legend Managing Director Mark Wilson said: “These first assay results from our new Shackleton prospect have shown indications of VHMS style mineralisation and greatly enhance the prospectivity of the entire 24km of this stratigraphic trend.”

“Follow up aircore drilling and ground EM programmes are scheduled to commence within the next fortnight and results from this work will shed further light in this area”.

For most of this year, Legend has been undertaking a detailed aircore drilling program at the Area D prospect, 85km northeast of Shackleton in the broader Rockford South project area.

This exploration has been tracking elevated, but low level copper-nickel mineralisation at the prospect, which Legend says has many of the same ingredients as the revered Nova-Bollinger base metal mineralisation.

That ore body is currently being mined by Independence Group and is located about 35km southwest of the new Shackleton discovery.

Legend says the Area D aircore program will be completed by the middle of next month.

Going forward, the company will be very active in the region, completing infill and extensional aircore drilling at Shackleton and completing ground-based, moving-loop electromagnetic geophysical surveys over the Area D and Shackleton prospects.

The aim of the MLEM surveys is to delineate further subsurface conductive metallic sulphide occurrences, for potential drill testing in the future.

The Fraser Range area continues to throw up some very interesting geology and tantalising mineralisation for Legend to decipher.