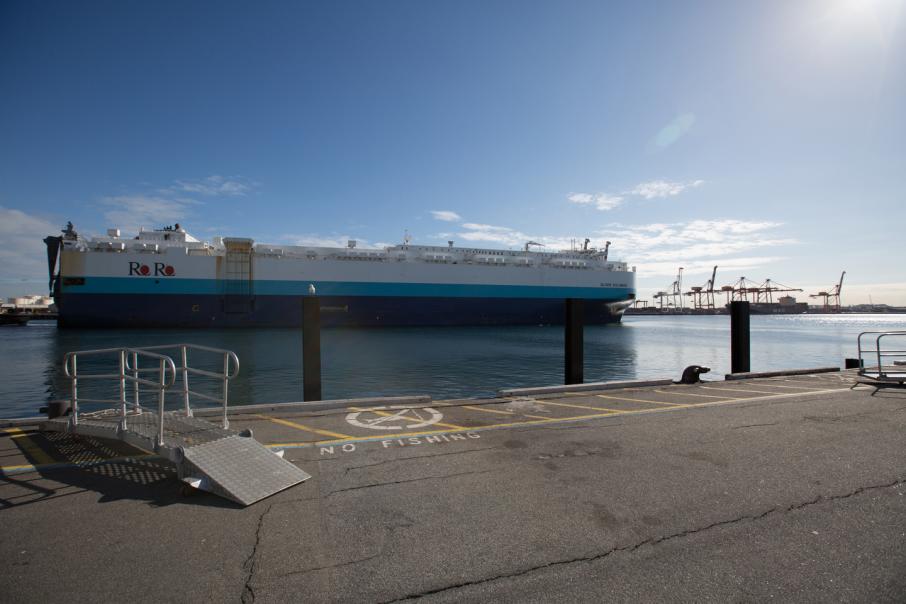 The Large Vessel Dry Berth (LVDB), otherwise referred to as a dry dock, is a potential $1 billion-plus infrastructure program that will consolidate some of Western Australia’s strategic advantages in defence and create opportunities for local industry.

The LVDB is not approved for construction but is a major program under consideration by Defence West, the defence branch of the WA government’s Jobs, Tourism, Science and Innovation (JTSI) agency.

Defence West has consulted widely with the Defence Department and the state government to propose the dry dock for WA, at the Australian Marine Complex in Henderson.

The LVDB will be predominantly used for the construction and out-of-water sustainment of large-hulled vessels.

Defence West identified the need for such infrastructure, citing the Federal Defence Force Structure Plan, released in July 2020. This is driven by the requirement for a complementary docking facility to the 75-year-old Captain Cook Graving Dock in Sydney, in order to support the anticipated build and sustainment requirements for new and larger vessels.

The WA government included this projected infrastructure demand in the AMC Strategic Infrastructure and Land Use Plan (SILUP), released in November 2020. This further identified the requirement for an LVDB in the 2030s.

Representatives from Defence West have indicated for this column that further collaboration between the WA government and Defence Department has identified that the LVDB facility is more likely required sooner, in the middle of this decade.

The state government and Defence West have subsequently undertaken early market engagement activities with more than 120 global participants, to assess market interest in funding, designing, constructing, operating or use of the LVDB in WA.

As one would expect for a major infrastructure project linked to a trusted government demand profile, interest was significant, with 25 organisations responding with submissions.

The financial aspect of the infrastructure development is intriguing. Major infrastructure, with considerable useful life (as evidenced by Sydney’s Graving Dock) underpinned by government demand, within the context of heightened geopolitical tensions further expediating the requirement, represents an attractive set of ingredients for private finance providers.

From a national security perspective, the critical aspect in any non-government-funded solution will be the origin and influence of those parties providing the funding, and how that can be protected in perpetuity. This will be critical in safeguarding the usefulness of the infrastructure in support of Australia’s national interest for decades to come.

One would anticipate the Foreign Investment Review Board will work closely with the WA government and Defence Department to ensure all interests are aligned, should private funding be pursued.

The revenue streams relating to this project will come through the estimated $1 billion plus construction activity, and thereafter through the Defence Department, maritime, commercial and resources sectors.

Furthermore, an LVDB in WA will enable companies based at the AMC to secure Defence Department shipbuilding and sustainment contracts utilising that infrastructure, with an obvious potential flow on to local industry participants.

While impossible to predict at this point in time, Defence West and JTSI suggest that thousands of jobs will be created during its construction. In operation, thousands more will be created over its considerable life, estimated to be 100 years.

The potential for ‘export’ income from allied nations seeking to maintain their large vessels in WA during operational or training deployments is also possible.

Given the focus on the Indo-Pacific region in the years ahead, the LVDB could be a vital element in attracting and sustaining allied forces in Australia and South-East Asia. Building upon the alignment with the Defence Force Structure Plan, an LVDB in WA would be a key enabler for the maritime capabilities required to protect Australian borders and to support our allies.

For those readers not in the defence sector, it is important to draw a distinction between the much-publicised full-cycle docking of the Royal Australian Navy’s Collins-class submarines, and the LVDB being discussed in this column.

The LVDB is entirely independent of FCD and relates specifically to the construction and maintenance of large-hulled vessels. Representatives from Defence West indicate this affirms the WA government’s commitment to infrastructure development that supports the needs of the RAN at the AMC, catering for both submarines and surface vessels.

• Defence West and JTSI provided information that contributed to this column