The findings of the royal commission into unions, particularly as they apply to Labor leader Bill Shorten, may yet extract a political price. 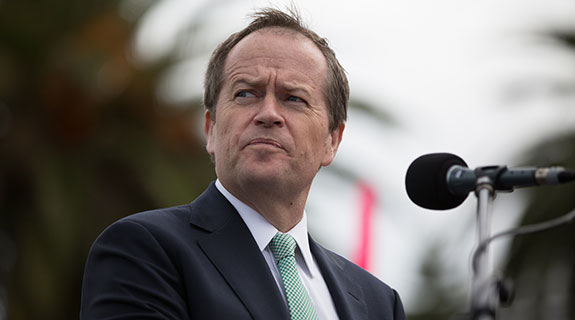 The findings of the royal commission into unions, particularly as they apply to Labor leader Bill Shorten, may yet extract a political price.

Australians now find themselves in a somewhat similar position with respect to Labor leader Bill Shorten as they did with Kevin Rudd throughout 2007.

For a year or so before the November 2007 election at which Mr Rudd became prime minister, former Labor leader Mark Latham regularly cast grave doubts on Mr Rudd’s suitability for such high office.

Those warnings were candidly stated to reporters and in ongoing published comments that featured both in the electronic and printed media.

They were even foreshadowed in his bestselling 2005 book The Latham Diaries.

The three entries below fall on the milder side of Mr Latham’s disapproval scale.

“Rudd is a terrible piece of work: addicted to the media and leaking. A junior minister in government, at best.”

“Rudd came around to see me yesterday morning, lobbying to be shadow treasurer. He went into a long explanation of why he’s so wonderful. When he finished I put my cards on the table: that I regard him as disloyal and unreli­able …”

“Kevvie wanted his title expanded to the more grandiose shadow minister for foreign affairs and international security. No worries, but then he rang me last Sunday to say he objected to [Doug] McClelland also having the word ‘security’ in his title. At first I thought it was some kind of joke, but the crazy bastard was serious …”

Between the release of The Latham Diaries and late 2006, Mr Rudd worked assiduously to build support among Labor’s parliamentary contingent to oust then leader, Kim Beazley, by 49 votes to 39.

Coincidentally, Mr Shorten is also the subject of a book written by a one-time close observer of his political modus operandi, Sydney-based journalist Aaron Patrick.

Titled, Downfall: How the Labor Party Ripped Itself Apart, it was released on the eve of the last election at which the recycled Mr Rudd led Labor.

Although Mr Shorten would be a key cog in the 2010 ousting of Mr Rudd, that didn’t deter him from initiating secret moves to reinstate the former PM for the 2013 election.

Mr Rudd revealed this during the ABC’s three-part series, The Killing Season, which dissected the rise and fall of his government and that of Julia Gillard.

Way back in the 1980s, Patrick reports, Mr Shorten had created a shadowy group inside Victoria’s Young Labor Club known as the ‘network’, to help him become a political force in Victoria’s Labor hierarchy.

To make things even more conspiratorial and bizarre, Mr Shorten also created a deeply hidden undercover clique within this network that he, naturally, headed, so as to ensure he controlled all activities.

From the network, and armed with close ties to several wealthy Melbourne businessmen, he took the top post in Australia's biggest union, the Australian Workers’ Union, after which he slowly set about undermining long-time and relatively successful Maribyrnong Labor MHR, Bob Sercombe, whom he ousted at pre-selection.

Mr Shorten topped this off by becoming the key player in the push to ensure Ms Gillard replaced Mr Rudd, and soon after he’d undertake an identical role in ensuring Mr Rudd ousted her.

Patrick’s book canvasses the bloodless Shorten pathway to the top, relying in part on his close association with Mr Shorten during their Young Labor Club years.

Where the Rudd-Shorten comparison differs is that the latter has a solid union base, via the AWU.

Mr Rudd wasn’t only without that support, he was also without a factional base within the parliamentary and wider Labor Party.

Instead, he rose to Labor’s leadership by building strong nationwide polling recognition, via, initially, his weekly appearances on Channel 7’s Sunrise program.

That’s why Mr Latham added to his Friday October 22 2004 diary entry: “He only holds his frontbench position because of his media profile and public standing among people who have never actually met him.”

Unfortunately for Mr Shorten, he lacks the strong poll support Mr Rudd enjoyed; like PM Tony Abbott, he has been polling badly.

All he appears to have going for him are his formidable behind-closed-door skills, to help ensure he remains Labor leader.

Today that’s quite a thin thread since, in Labor’s immediate post-2013 election leadership contest, Mr Shorten only attracted 40.08 per cent (to Anthony Albanese’s 59.92) of the votes from the 30,000 rank-and-file members, which now play a key role in deciding who leads.

Clearly, therefore, Mr Shorten’s burning political ambitions will be decided by how that 30,000 judges his union activities, which were highlighted during his recent appearance at the Royal Commission on Trade Union Governance and Corruption. 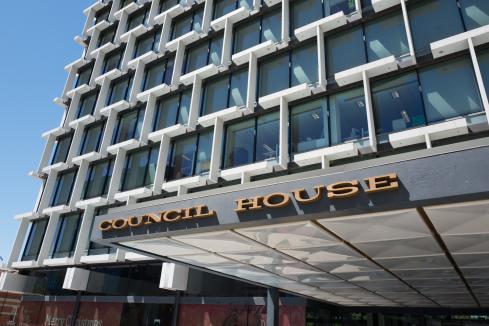