Kopore to kick off maiden drilling near MOD 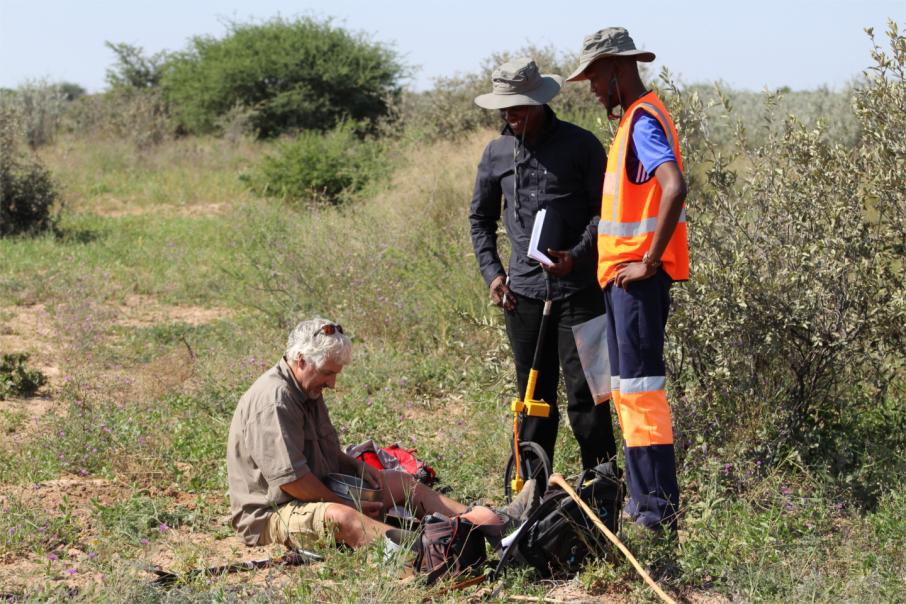 Drilling will initially focus on copper targets identified around the GWD1 Dome prospect, recently interpreted from the collection of detailed airborne magnetic and electromagnetic geophysical survey data in the region.

The company delineated multiple induced polarisation conductive anomalies from the data, which are considered to represent accumulations of electrically conductive subsurface materials, including the highly sought-after copper sulphide mineralisation at Ghanzi West.

Kopore has prioritised several key electromagnetic prospects for initial drill testing around the GWD1 Dome area, which stretches over 4km in length, interpreted to depths of less than 50m from surface.

Other anomalies are being systematically evaluated with follow-up geochemical soil sampling programs and detailed ground geophysics to focus on defining further drill targets.

Kopore’s Managing Director Grant Ferguson said: “This EMP approval represents a key stage and strong endorsement from our stakeholders for Kopore’s planned activities in Botswana. The EMP approval across the full licence area also allows Kopore the flexibility to explore additional areas within its 7,891km2 licence area for the next two years, such that exploration on current and future targets can be expedited.”

Kopore’s Ghanzi West tenement package covers geological sequences directly west of the MOD ground and the company acquired the project before the discovery of the T3 deposit.

Copper-silver mineralisation occurs in multiple stratigraphic sedimentary shale and siltstone units, with mineralisation being structurally related to domal features in the area.

The mineralisation is typically associated with the high-grade bornite, chalcocite and chalcopyrite ores, with relatively straightforward mineral processing required for metallurgical extraction of the copper.

Kopore is awaiting further soil sample results and ground electromagnetic survey results that are anticipated in the coming weeks.

The company is finalising its maiden RC and RAB drilling programs at the high-priority KM1, KM2 and KM3 conductor targets, which will be tweaked upon receipt and interpretation of the soil sample and ground survey results.

Kopore currently has about $2m on hand and is well placed to undertake a first pass exploration program in this exciting region.