Kopore Metals has reported over 10sq kms of prospective base metal soil geochemistry at the recently identified KM3 airborne electromagnetic target at its Ghanzi West project in Botswana. Ground EM surveys have confirmed coincident conductors from 50m, generating a high priority location for upcoming drilling programs. The company is continuing its regional soil sampling programs across its tenements. 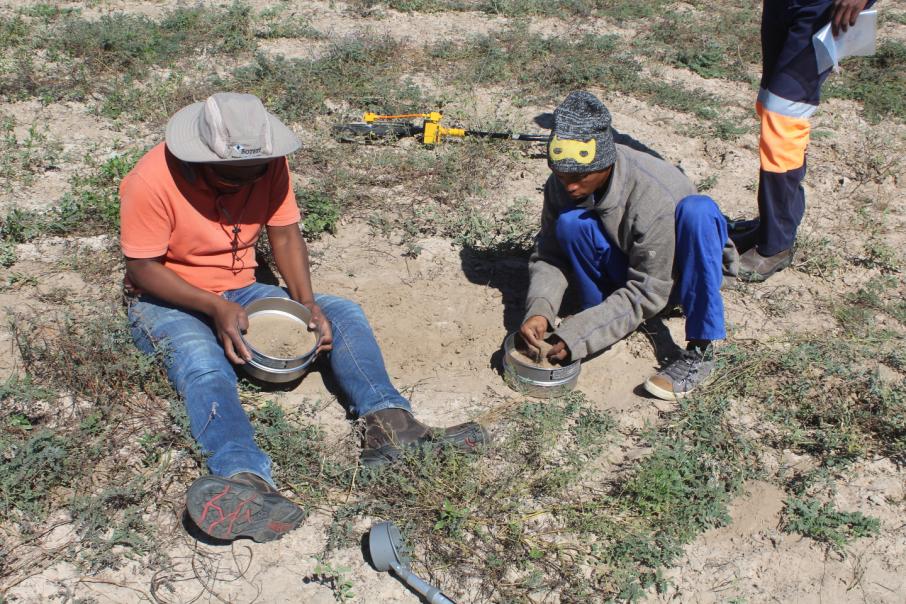 Three combined copper, lead and zinc anomalies envelope a combined area of about 10 square kilometres and confirm walk-up drill targets for copper mineralisation over about 3km of strike at the property.

Importantly, a ground electromagnetic survey over the same area has confirmed the presence of a dipping, strongly conductive zone interpreted to be 50m below surface and located directly beneath the identified geochemical anomalies.

The location of the soil anomalies supports the initial airborne geophysical interpretation of the KM3 target and with the ground EM results providing further confirmation, this area is now a high priority target for Kopore in its upcoming drilling program.

Kopore’s Managing Director Grant Ferguson said: “Our portfolio in Botswana is rapidly evolving from conceptual to drill ready targets. Our initial KM3 airborne EM conductor prospect is of a regional scale, when compared with other discoveries on the Kalahari Copper Belt.”

The company also reported the widespread distribution of calcrete across the KM3 prospect area, which is an important potential indicator of copper mineralisation in the Kalahari belt.

Calcrete often suppresses geochemical soil sampling results for copper, lead and zinc which further enhances the potential of KM3 turning up something interesting for the company.

On the ground in Botswana, the company is continuing further geochemical soil sampling at its KM4 to KM8 airborne electromagnetic targets and it is awaiting assay results from the KM1 and KM2 prospects.

The company is finalising its maiden RAB and RC drilling programs across the KM1 to KM3 conductor targets, with stratigraphic drill holes being planned for the GW3 prospect.

Drilling will commence in late June at the priority KM3 exploration target as excitement levels start to lift for the ASX listed junior.