Kingwest Resources has identified multiple new high-grade lodes at its Menzies gold project in Western Australia. The company is now undertaking optimisation studies on its near surface gold resources to determine how the recent aggressive drilling campaign has potentially enhanced the economic viability of the project. New high-grade lodes have been discovered at the Central Zone. 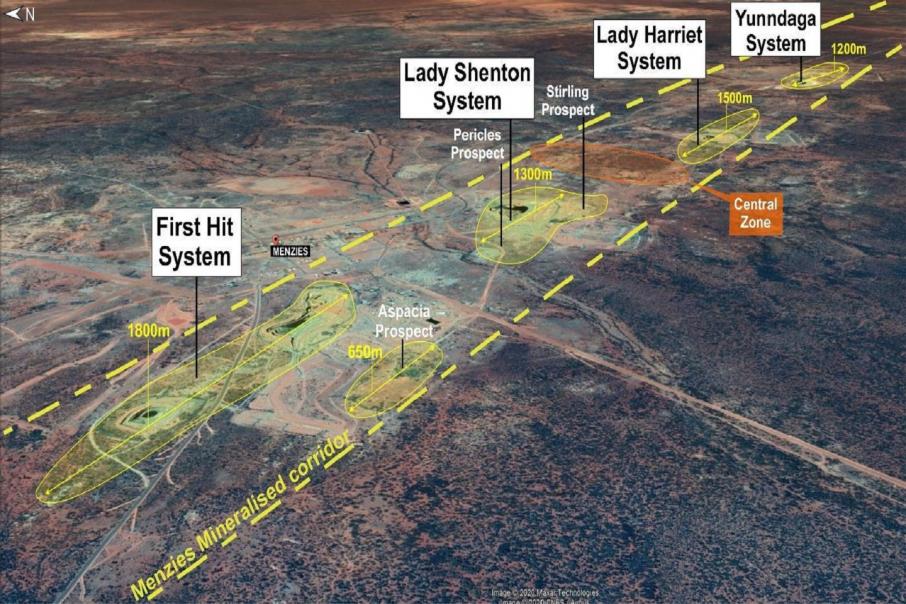 Kingwest Resources has identified multiple new high-grade lodes at its Menzies gold project in Western Australia. The company is now undertaking optimisation studies on its near surface gold resources to determine how the recent aggressive drilling campaign has potentially enhanced the economic viability of the project.

The company’s recent drilling campaign has identified new high-grade lodes at the Central Zone and extended the high-grade mineralisation at the Stirling and Yunndaga deposits.

Kingwest CEO, Ed Tuner said: “The fact that we have intercepted significant mineralization in the majority of the holes we have drilled makes us increasingly confident the [Menzies gold project] can again be a long- term high-grade gold producing province.”

The Central Zone is located between the Lady Shenton and Lady Harriet historical open pits and Kingwest said the area is smattered with artisanal workings.

Kingwest drilled 19 maiden RC holes into the Central Zone and results identified near surface, high grade gold mineralisation, with some of the headline intercepts including 1 metre grading 7.13 grams per tonne gold from 16 metres and 3m at 4.19g/t from 42m down hole that also included a 1m zone grading 7.37g/t gold.

At the Stirling prospect, which lies just west of the Lady Shenton pit, the new results from eight new RC holes have extended multiple lodes at depth and along strike. Kingwest now plans to get a resource definition drilling program underway at Stirling.

Notable results from the Stirling prospect include 3m grading 6.05g/t from 61m and 2m grading 11.27g/t gold from 50m down hole.

The Perth based company also tabled some encouraging new results from diamond drilling underneath the Yunndaga open pit, targeting the depth extensions of the Princess May Shoot.

The two diamond wedges returned a 0.68m interval from one half of a cut section of core grading 5.1g/t and the other half went 0.58g/t gold. Both cuts showed the coarse “nuggetty” nature of the mineralisation.

Princess May was historically mined to a depth of about 600m during the late 1800s and early 1900s and Kingwest’s drilling has intersected the shoot to over 100m below the underground workings. According to the company, Princess May is still open along strike in both directions.

Kingwest has previously noted the geology at Menzies is directly comparable to other high-grade, narrow gold mines such as the nearby Kundana mine, which holds an  impressive resource of 1.4 million ounces grading 4.8g/t gold at an average width of just 0.65m.

Some of the underground faces averaged out at consistently high grades such as 22.3g/t gold over a 2.1m width along an actual strike length of 31m.

Another sample set taken over 62m of development at the bottom of the Princess May underground mine, graded 20.4g/t gold over an average sampled width of 0.7m.