Kingwest has landed another solid set of gold hits in its last dozen drill holes for 2020 at the Pericles deposit within the Lady Shenton System at its Menzies gold project in WA. Amongst the numbers was an intercept of 6m at 1.49 g/t gold from 214m downhole, a whopping 80m deeper than any previous drilling, whilst other shallower intercepts recorded grades up to 8.35 g/t. 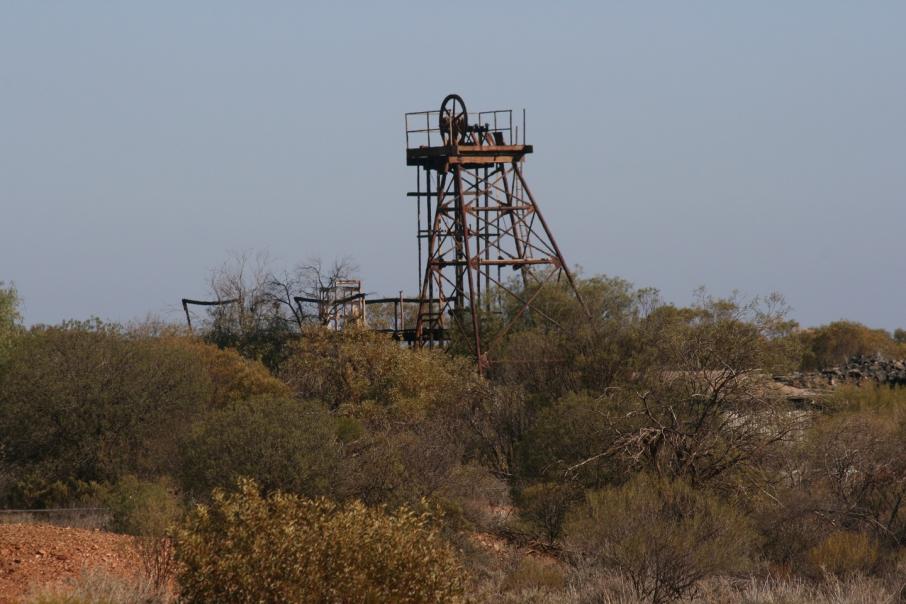 Kingwest Resources has landed another solid set of high-grade gold hits in its last dozen drill holes for 2020 at the Pericles deposit within the Lady Shenton System at its Menzies gold project in Western Australia. Amongst the impressive numbers was an intercept of 11 metres going 2.11 grams per tonne from 117m and another hit, recorded 80m below any previous drilling, of 6m at 1.49 g/t from 214m downhole.

ASX-listed Kingwest tapped out of 2020 with 157 RC drill holes across Menzies giving a total of 15,732m laced with many fresh high-grade gold hits to plug into an updated Mineral Resource Estimate, or “MRE” for Menzies.

Importantly, the company said its updated MRE is due to hit the streets next month. Kingwest will no doubt be looking to add handsomely to the existing resource for its historic Menzies gold project about 120 kilometres north of Kalgoorlie-Boulder.

The company is also expecting to table a scoping study in the near future, after its upgraded MRE is released, with the company looking at toll treating shallow ore from the largely historical pits along the Menzies mineralised corridor.

Current numbers for its combined near-surface gold resource across seven deposits at Menzies are running at 4.78 million tonnes going 2.08 g/t for 319,900 ounces of contained gold, mainly in the inferred category.

Kingwest Resources Chief Executive Officer, Ed Turner said: “These final results from the 2020 drilling are in line with previous high-grade results and will be valuable additions to the updated MRE’s which are currently underway and due to be completed in February. These MRE’s will be utilised in the Scoping Study which is also underway and due for completion in March.”

“Importantly the drilling to date that will be included in the MRE’s is still mainly only to a maximum depth of 100m below surface. Deeper extensions to the mineralisation will be the main focus of 2021 drilling which is already underway.”

“I also eagerly await initial assays from the Goongarrie aircore drilling. The planned drilling metres was doubled during the program partly in order to better test the targets beneath transported sediments but also based on visually encouraging material intersected in the target areas.”

Kingwest has drilled 381 aircore drill holes at its highly prospective Goongarie gold project for a combined 10,682m with assay results imminent, according to the company. Goongarrie is also located along the Goldfields Highway, 40km south of Menzies and close to the Paddington gold processing plant which sits about 40km north of the town of Kalgoorlie.

Elsewhere along its ground straddling the Menzies mineralised corridor, Kingwest has bagged some promising hits at its Aspacia and Lady Irene gold prospects.

Lady Irene sits 5km along strike to the northwest of Menzies and does not yet have a mineral resource estimate attached to it.  Lady Irene does however have a historical open pit which extracted 47,721 tonnes down to 34m below surface, back in the 1990s, grading 4.77 g/t for 6,502 ounces of gold.

Not content with bundling up its 2020 successes at Menzies, Kingwest already has the drill rods spinning again with two RC rigs chasing further resource extensions at Menzies. From 1995 to 1999, Menzies produced 145,000 ounces of gold from ore that averaged a grade of 2.6 g/t.

Kingwest has delivered a stellar run of success at Menzies after acquiring the project back in 2019 having managed regular high-grade gold strikes. The company now appears to be inching closer to the coveted transition graduating from brownfields ‘near-mine’ explorer to gold developer.