Kingwest Resources has expanded its global gold resource based on a cluster of deposits at its historic Menzies gold project about 130km north of Kalgoorlie by more than 125,000 ounces following its recent major resource definition drill out. The company increased the combined resource estimate for Menzies to 11 million tonnes of ore at an average grade of 1.26 grams per tonne for 446,200 ounces of gold. 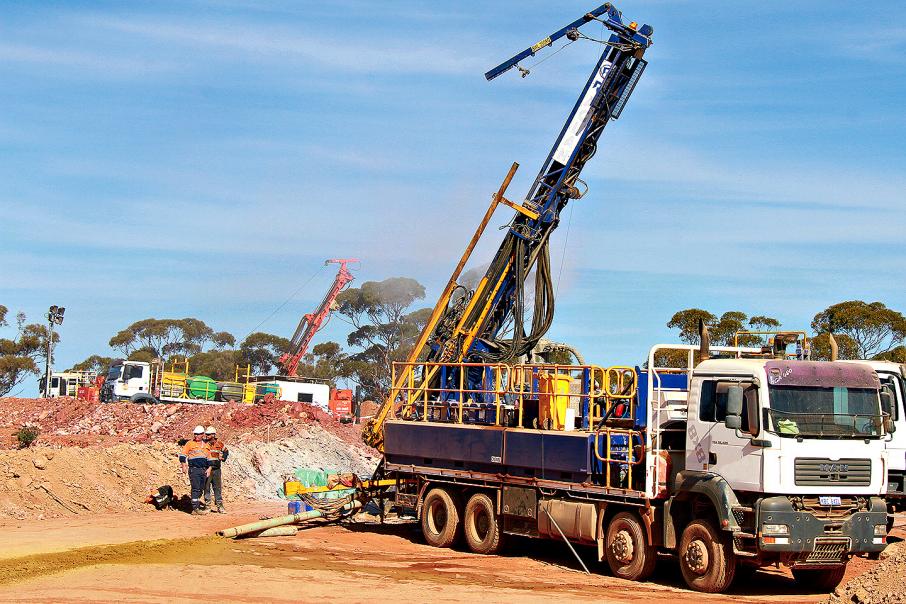 ASX-listed gold explorer, Kingwest Resources has expanded its global gold resource based on a cluster of deposits at its historic Menzies gold project approximately 130 kilometres north of Kalgoorlie by more than 125,000 ounces following its recent major resource definition drill out.

The Perth-based company increased the combined near-surface indicated and inferred mineral resource estimate for Menzies to 11 million tonnes of ore at an average grade of 1.26 grams per tonne for 446,200 ounces of contained gold at a 0.5 g/t cut-off grade. The gold resource upgrade came after the company pumped 180 RC holes for an aggregate drilling coverage of 17,224 metres into the smorgasbord of Menzies deposits in the second half of calendar 2020.

Kingwest Resources Chief Executive Officer, Ed Turner said: “The successful completion of the infill drilling allows the finalisation of optimisation work in the scoping study, which will be released soon. It is important to note that these mineral resource estimates are constrained by depths that are likely to be captured within open-cut mining and Kingwest drilling has intersected significant amounts of deeper high-grade mineralisation … not included here but may be included in future underground MREs.”

“A large increase in the conversion of inferred resources to indicated resources aids us as we investigate the opportunities for economic production of these deposits.”

Kingwest has applied maximum depths below surface to the resource calculations for each of the nine gold deposits at Menzies. They are 175 metres for Pericles and Yunndaga, 125m for Lady Shenton, 115m for Lady Irene, 100m for Stirling, Lady Harriet and Selkirk, and 75m for Warrior and Bellenger.

The company says follow-up resource extensional drilling this year will be focused on proving up deeper extensions to the updated mineral resources and gold mineralisation that can potentially be mined from underground operations following open-cut mining.

Management says the scoping study, which has been slated for completion this month, will assess the shallow ore that can be toll-treated rather than be milled on site at Menzies.

According to Kingwest, it may be able to avoid significant pre-production CAPEX prior to the commencement of open-cut mining courtesy of the project being located within trucking distance of several gold processing plants in the region.

The Menzies project tenure comprises a contiguous landholding across a strike length of about 16km that takes in numerous brownfields gold prospects hosted along the Menzies Shear Zone.

Although several high-grade gold deposits have been historically mined, Kingwest says there remains extensive exploration potential to unearth high-grade ore extensions or repeats of mineralised zones that may have been overlooked due to limited modern exploration in the past couple of decades.