Kingwest Resources is rapidly making its newly acquired Menzies gold project its own with ounce plus hits rolling off the drill bit. Thirty six grams per tonne gold over a metre intersection is a good start to what is shaping up to be an action-packed drill program across this exciting project that is littered with historic workings and old shafts. 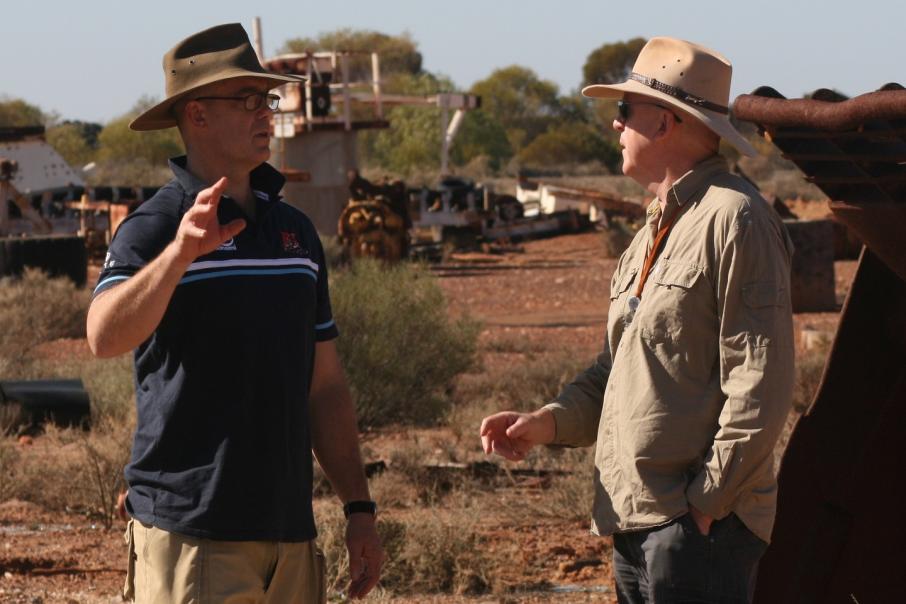 Kingwest Resources is rapidly making its newly acquired Menzies gold project its own with ounce plus hits rolling off the drill bit. Thirty six grams per tonne gold over a metre intersection is a good start to what is shaping up to be an action-packed drill program across this exciting project that is littered with historic workings and old shafts.

Since picking up the project from Horizon Minerals, ASX listed Kingwest has wasted no time in getting its rigs onto the ground with new results out today highlighting the prospectivity of this once thriving mineral province.

The company has so far completed nearly 3000m of the planned 8000m campaign and further results that are bound to arouse the curiosity of the market include 0.50m going 32.2g/t gold within a 1.23m zone grading 13.6g/t gold from 68.64m downhole at the Selkirk deposit.

The company said that the high-grade nature and geology of the new intercepts is notably similar to the East Kundana mine, 25km north of Kalgoorlie, which currently has an impressive resource of 1.4 million ounces grading at 4.8g/t.

Kingwest picked up the Menzies project in July from Horizon Minerals for a total cash and script consideration of $8 million. Menzies came gift-wrapped with the Goongarrie project, which also has a wealth of curious looking assets that at face value at least, look like they need to be drilled.

Menzies is a noble old goldfield, located 130km north of Kalgoorlie and is renowned for its high-grade deposits.

Historical production at Menzies sits at approximately 800,000 ounces of gold at a portly 19g/t, including a portion of underground gold production at practically obese grades of 22.5g/t.

Grade is certainly King at Menzies and if Kingwest can get onto some longish intersections in the area, the grade should take care of itself.

The company’s new tenement holdings have mostly laid dormant, devoid of any real active exploration since underground production ceased in 1943, creating a touch of excitement for Kingwest as it looks to drill out areas that are most likely mineralised if the old historic workings are any guide.

The aim of the current drilling program is to test high-grade extensions to the existing Lady Shenton, Yunndaga, Pericles, Selkirk and Lady Irene deposits.

Lady Shenton was the first lease to be taken up by gold pioneer Leslie Robert Menzies in 1894, just as the Goldfields was starting to feel the effects of the gold rush at the time.

An open pit resource of 103,000 ounces grading 2g/t is waiting patiently in the ground at Yunndaga.

Recent drilling highlights from beneath the Selkirk open pit include hits such as 3m grading 74.56g/t and 2m grading 12.65g/t.

Lady Irene provided the former owners with a lovely set of numbers such as 39.3m grading 4.27g/t gold from 159m downhole, including a high-grade zone of 12m at 7.68g/t from 184m downhole.

Fortunately for Kingwest, all the historic lodes are open at depth. Historically, the mineralisation style at the Menzies project is well known to show excellent continuity at depth, in addition to extensive surface strike extents.

The company is aiming to exploit near-surface gold opportunities initially at Menzies, while simultaneously demonstrating the high-grade underground mining potential of the project.

Founding chairman of Galena, Adrian Byass has been appointed Chairman of Kingwest, with Jon Price, MD of the project vendor, Horizon Minerals, also taking up a board position as Non-Executive Director.

Galena was uber-successful under Turner and Byass with its stock jumping exponentially in line with Turner’s strategy to eek out a high grade core at its Abra lead-silver project in W.A.

With the Galena band back together now at Kingwest, it remains to be seen what this small capped gold explorer can do, but if track records are anything to go by, it certainly has a headstart.