Kingwest Resources will start a new round of deeper drilling at its Menzies gold project north of Kalgoorlie in WA later this month after reporting more high-grade hits from below shallow existing resources at the historic mine. Best new intercepts include 12m at 3.7 grams per tonne gold from 102m and 2m at 17.3 g/t gold from 125m. 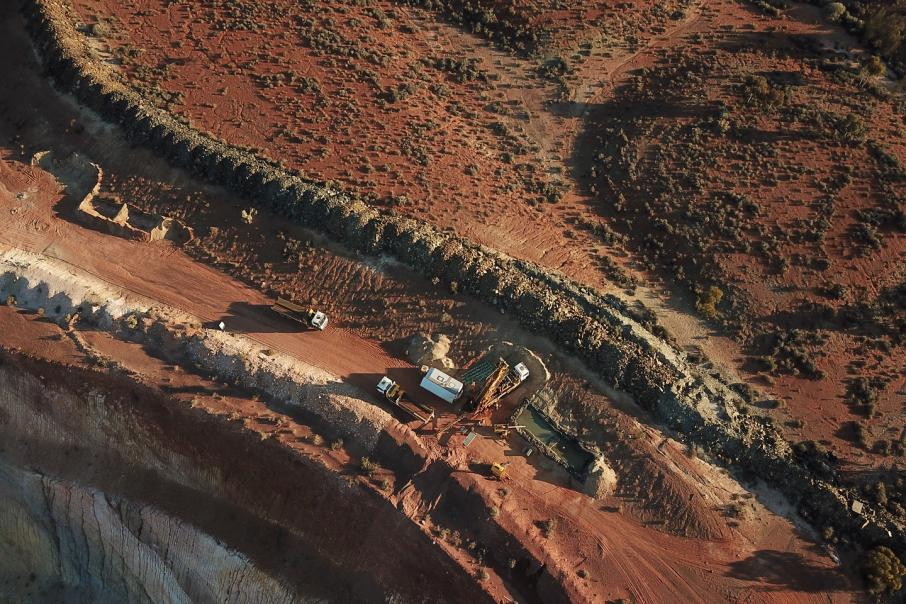 Kingwest Resources continues to return a cavalcade of high-grade gold hits at its Menzies gold project north of Kalgoorlie in WA. The well-funded explorer says recent drilling has extended the ore envelope at its Stirling discovery to more than 70 metres below its existing modelling.

Better intercepts from recent drilling include 12m at 3.7 grams per tonne gold from 102m and 2m at 17.3 g/t gold from 125m, with exploration now beginning to delve into the roots of the gold-rich system.

The Stirling deposit is one of a bevy of discoveries made by Kingwest at Menzies, with the company’s exploration program now extending over an impressive 16 kilometres of strike from the Lady Irene deposit in the north to the historical Yunndaga mine in the south.

Kingwest has adopted a measured approach to exploration as it slides into systematic drilling and chases the known ore systems to depth. The approach is already paying dividends with the company posting a 170 per cent increase in indicated resources as part of its most recent JORC update.

The global resource for Menzies has grown to a healthy 446,200 ounces.

The company’s Menzies gold project is located 130km north of Kalgoorlie in the fertile Eastern Goldfields of Western Australia. Kingwest’s management has managed to pull together a strategic position across the historic goldfield, which has in modern times been dominated by a gaggle of prospectors and private mining syndicates.

Menzies is renowned for its high-grade gold endowment, with the terrane hosting a wealth of artisanal mine workings and larger scale mine workings which date back to the 1980s including the Selkirk, First Hit, Lady Shenton, Lady Harriet and Yunndaga mines.

Records show the Menzies field has already produced more than 788,000 ounces of precious metal at a remarkable average grade of 18.8 g/t gold. Notably, over 80 per cent of historical production was from underground mining operations.

Kingwest is targeting both the near surface, potentially open pitable gold mineralisation and high-grade ores below the historical workings in the region. The majority of the company’s resources lie clustered at the southern end of the field, with the Yunndaga, Lady Shenton, Pericles and Stirling deposits hosting more than 386,000 ounces of gold.

The majority of the recent drill results from Menzies come from below the Lady Shenton ore body, with extensional drilling from below the Stirling ore system also looking the goods. The company is now looking to kick off a further 4,000m of deep drilling to further test the depths of these deposits in the weeks ahead.

Whilst Kingwest’s development program at Menzies continues apace following the release of a successful scoping study earlier this year, the company is also keeping a careful eye on the results coming out of its Goongarrie project, just 40km south of Menzies. The company holds a contiguous package of tenure at Goongarrie which covers around 20km of the famed Bardoc Tectonic Zone and sits immediately north of Ardea Resources’ high-profile Aphrodite North discovery.

The exploration program at Goongarrie in February 2021 hit paydirt, with the maiden aircore program at Area 9, just north of Ardea’s discovery, returning a series of impressive results. Intercepts from Area 9 include 38m at 3.1 g/t gold, which included a stunning 6m at 17.2 g/t gold from 62m and 8m at 1.3 g/t gold from 74m.

Kingwest has already kicked off reverse circulation drilling to test below the high-grade intervals at Area 9 and it is also planning to launch into extensional aircore drilling in the weeks ahead.

Mr Turner said: “Follow up RC drilling at Goongarrie to better test the high-grade mineralisation intersected in the first pass aircore drilling is also to start soon and we eagerly anticipate the outcomes from this drilling. We also wait on the availability of a track mounted aircore rig to test the high priority targets that lie under the northern part of Lake Goongarrie which have never been drilled”.

Kingwest’s exploration program in WA’s Eastern Goldfields is continuing to build an enviable book of resources and with the company now looking to develop a lucrative open pit operation at Menzies. It is also looking to open  a second front at Goongarrie.