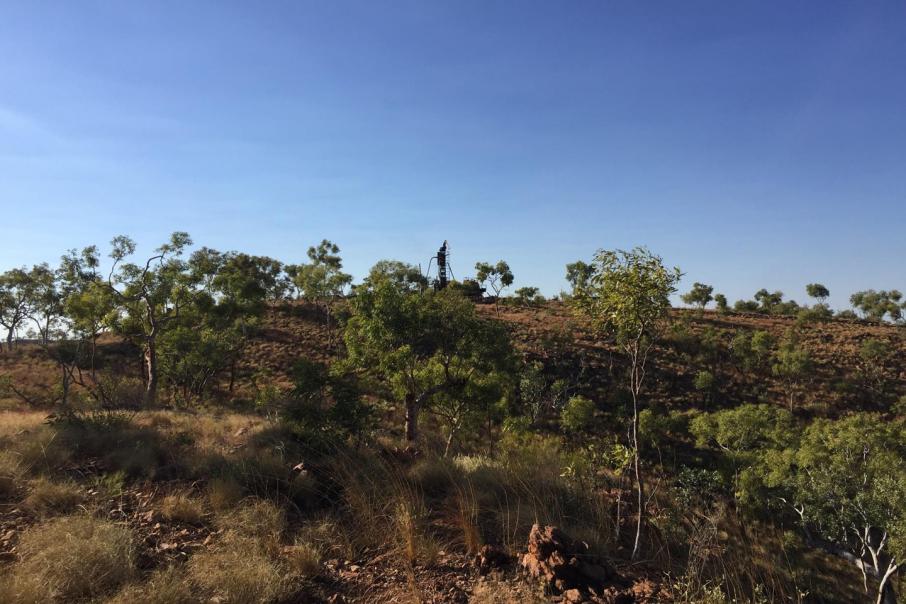 King River says the 2,500m RC drill program due to kick off next month will initially target potential high-grade extensions of the Trudi epithermal quartz vein, where the earlier drilling intersected the spectacular gold hits. Other shallow gold targets in the general vicinity of the main Mount Remarkable area will also be looked at based on anomalous surface sampling and structural mapping, it added.

According to King River, past exploration along the prospective Whitewater volcanic rocks trend – which hosts the Trudi high-grade mineralisation – has been sparse and augurs well for the prospects of making additional high-grade gold discoveries within its exploration licences that cover an area of more than 2,300 square kilometres.

Adding further interest to the company’s upcoming exploration campaign, King River will resume work next month in the Northern Territory at its Treasure Creek gold project in the Tennant Creek region with a 2,000m RC drill program designed to follow up encouraging geophysical results from last year’s ground magnetics and gravity surveys.

The Treasure Creek tenement holdings take in areas along strike of both the Tennant Creek gold field, which has historical production of about 5.5 million ounces of gold and the Rover gold deposit, which hosts a resource of about 1.2 million ounces.

According to King River, past exploration in these areas has been sporadic and disjointed, with many prospective areas under shallow cover preventing discovery by historic explorers, adding the application of systematic exploration and advanced geophysical techniques will help uncover new gold mineralisation.

The company’s planned drilling in Tennant Creek will be aimed at testing for copper-gold mineralisation at the Lonestar target, which is about 700m along strike from Emmerson Resources’ Mauretania deposit where an eye-catching 20m at 38.5 g/t gold was returned from a diamond drill hole last year, and the Commitment prospect.

King River Chairman, Anthony Barton said: “The Northern Territory Government is very supportive of contemporary geophysical surveys and have offered to provide King River 50 per cent of the cost towards a new survey that covers some prognosed extensions to the IOCG (iron oxide copper-gold) belt in the Eastern Tennant Creek area that had been receiving recent interest from the major explorers like Newcrest and Rio Tinto.”

The company has launched a share purchase plan for existing shareholders to raise $8.2 million, the bulk of which is earmarked for a definitive feasibility study for Speewah, after the completion of the PFS, and exploration at the Mount Remarkable and Tennant Creek gold projects.