King River Resources has wrapped up a drilling campaign at its high grade, Mt Remarkable project in WA and is now poised to provide more enticing assay results as the year draws to a close. The Trudi Main vein has again provided the goods for King River with 6 meters grading 5.95 grams per tonne gold from a very shallow depth of 20 meters downhole. 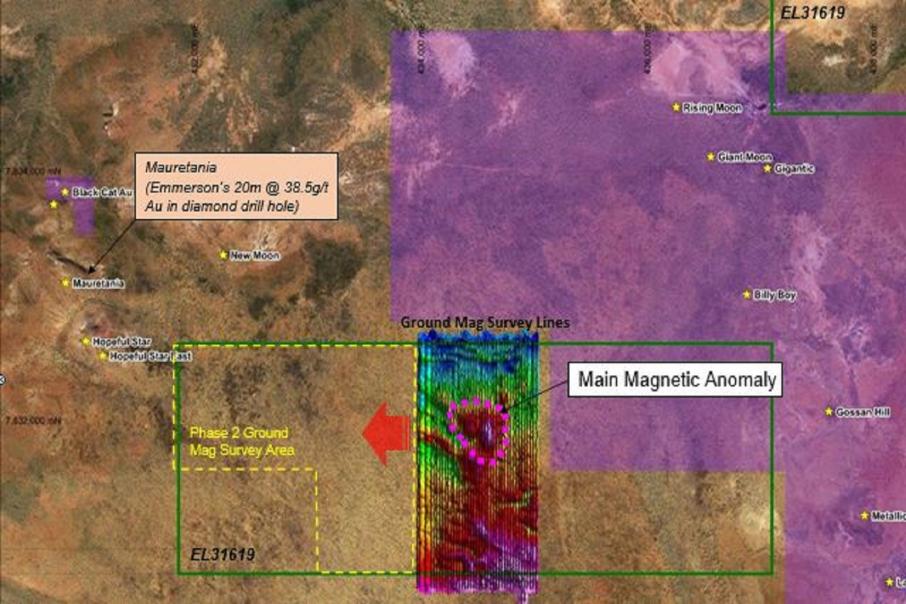 King River has wrapped up a drilling campaign at its Mt Remarkable project in the WA and has kicked off a geophysical campaign across its Treasure Creek tenement package in the NT.

King River Resources has wrapped up a drilling campaign at its high grade Mt Remarkable project in WA and is now poised to provide more enticing assay results as year draws to a close, with the Trudi Main vein giving up the goods again with a 6 metre hit grading 5.95 grams per tonne gold from a very shallow depth of 20m downhole.

17 drill holes targeted the Main Trudi and Trudi East systems in the latest campaign with visible gold in samples from two of the holes providing a touch of optimism that historical intercepts such as 4m grading 113.29g/t were not just outlying anomalies.

Drilling at Trudi East has identified the easternmost continuation of the mineralised vein system, with one hole snagging 3m grading 7.1g/t from 26m downhole including 1m at an impressive 17.9g/t gold.

An additional 22 holes have been put down across the Mt Remarkable project, targeting newly discovered mineralised veins at the Jeniffer, Central Dome and Camp North prospects.

The company said that significant structure and quartz adularia veining was intersected at all three locations, with the bulk of the assay results still outstanding.

Elsewhere, King River has been carrying out detailed geological and geophysical reviews of its entire Treasure Creek tenement package in the Tennant Creek region of the NT and has identified some interesting copper-gold exploration targets.

Tennant Creek orebodies are known as iron oxide copper-gold or “IOCG” deposits that are magnetite and/or hematite iron oxide bodies with economically varying amounts of copper, bismuth, silver and gold.

King River has boots on the ground now at Treasure Creek and geophysical surveys have kicked off in earnest with ground magnetics.

Preliminary results from the geophysical surveys have shown a magnetic high, determined by the company to be an anomaly, at the Lonestar Trend prospect.

The main anomaly at Lonestar is only 3.3km from Emmerson’s Mauritania prospect where 20m grading 38.5g/t gold was returned in a diamond drill hole this year.

As the preliminary geophysical and geological modelling is still underway at Treasure Creek – it will be interesting to see what else shows up here.

It is a precious metals companion for the company’s Speewah Dome vanadium-titanium-iron project, also in WA, that is shaping up to be the largest deposit of its kind anywhere in the world.