King River Resources has again spotted visible gold in the drill samples from the Trudi Main vein prospect at its Mt Remarkable project in WA – a positive sign that will no doubt create some anticipation around the assay numbers when they come out. Historical intercepts at the project include 4m @ 113.29g/t including a staggering metre at 11 plus ounces to the tonne gold. 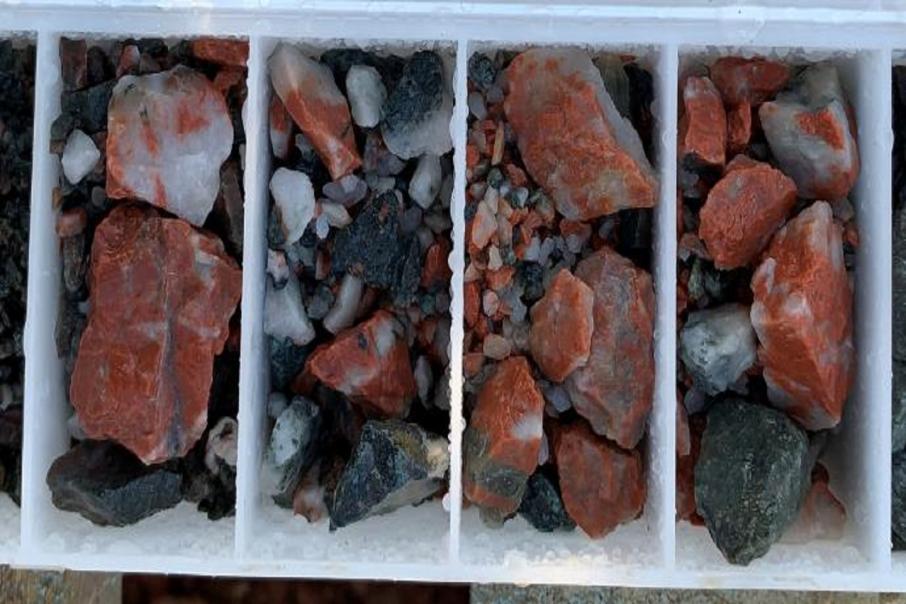 The Mt Remarkable project is poised to provide King River Resources’ shareholders with a touch of excitement after visible gold was again observed in drill samples from the Trudi Main vein system.

Ten drill holes were targeted into the Main Trudi system and visible gold was observed in samples from two of the holes – providing some hope that historical intercepts at the project such as 4 meters grading 113.29 grams per tonne including a metre at 11 plus ounces to the tonne gold may not have been flukes.

All of the RC holes drilled so far into the Trudi Main vein have intersected encouraging geological structures, alteration and quartz-adularia veining. Adularia is a mineral that is associated with the style of epithermal gold deposits that King River is exploring for in the area.

Additional step-out drill holes are targeting up- and down-plunge extensions to the vein system.

At the Trudi East prospect, the company is also drill testing for near-horizontal gold shoots that are potentially controlled by an overlying hard felsic rock.

Geologically controlled gold shoots of this nature are known at Pajingo in northern QLD and in other epithermal gold systems where mineralised horizons can reach depths of over 500m, according to the company.

The Pajingo ore is free milling, which means that gold recoveries are high, therefore keeping processing costs low as the gold can be liberated from the front end of the circuit. The Pajingo mine itself has produced in excess of 2.7 million ounces since 1996, which is not bad for a ‘little’ geological vein system.

King River also spotted visible gold in its maiden diamond hole at the Trudi Main vein with high-grade assays coming in at 2m grading 16.78g/t including 1m at 31.80 g/t gold from 15m downhole. These results followed up the company's bonanza gold intersections of 11 plus ounces to the tonne dirt.

Elsewhere, King River has been poking holes into the Central Dome and Camp North prospects, located approximately 2 to 2.5km north-east and north-west of the Trudi Main project area. The company said that significant quartz-adularia veins were encountered and assays are now keenly anticipated.

Mt Remarkable is a precious metals companion for the company’s Speewah Dome vanadium-titanium-iron project, also in WA, that is shaping up to be the largest deposit of its kind anywhere in the world.