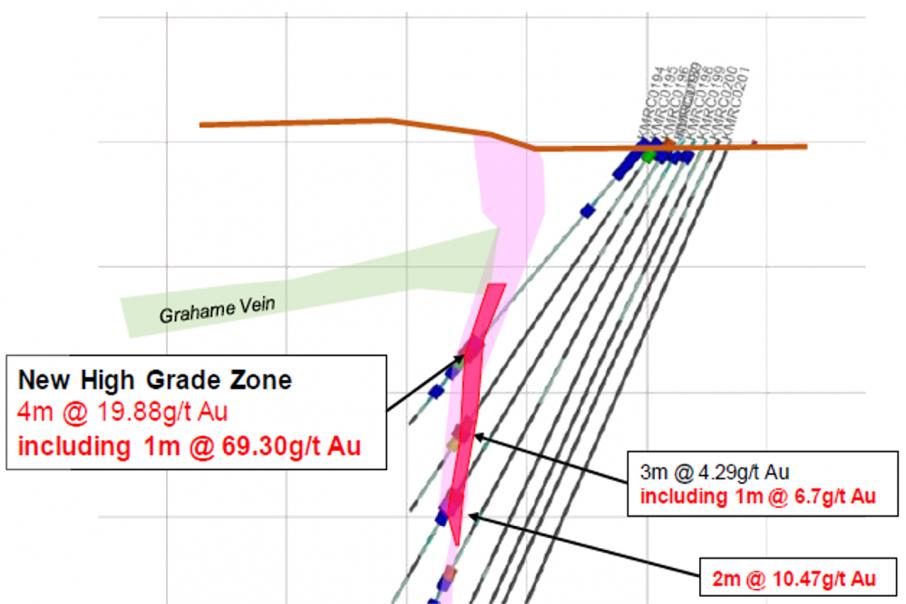 ASX listed multi-commodity explorer King River Resources has snagged a new, high-grade zone of gold mineralisation on the eastern edge of the Trudi Main vein at its Mt Remarkable prospect near Kununurra in Western Australia.

Importantly, the new results indicate that the newly discovered zone is open both up and down-plunge to the east in this section of the prospective Trudi Main vein set.

According to King River management, the discovery confirms the company’s belief that multiple narrow, but high-grade gold shoots, exist within the greater Trudi system.

The company has now finished its drilling at Mt Remarkable for this season, with 167 drill holes for just over 10,000 metres having been completed last year.

King River will now interpret all the new drilling data and assays returned during the 2018 program at Mt Remarkable, with plans to recommence work at the end of the current wet season.

In addition, King River will complete exploratory drilling at the Trudi East extension and more regional drill programs on other gold targets it has identified during geological reconnaissance mapping and sampling at Mt Remarkable during 2017-18.

Company management recently noted: “… exploration drilling undertaken along strike of the main high-grade Trudi discovery has identified zones where the host quartz/adularia structures have thickened to widths in excess of 30 metres.”

“The highest priority of our geological team now is to try and chase, along strike and down dip, the intersection of the Trudi and Grahame structures, as they appear to have influenced our highest grade outcomes to date.”

King River management added that the recent identification of the regional Southern Veins-Jeniffer prospect, 4km southwest of Trudi, and the Northeastern Vein, 3.5km northeast of Trudi, greatly enhance the potential of its overall tenement package, with applications covering about 3,000 square kilometres.

The company expects some of these tenement applications around Mt Remarkable to be granted during 2019, opening up further exploration opportunities along a 200km length of prospective geological strike for new, high-grade gold discoveries.