King River puts on a show at Mt Remarkable

New spectacular drill results from King River Copper’s Mt Remarkable gold project in the East Kimberley have extended a very high grade epithermal gold zone and shored up the company’s view there could be other gold-rich zones nearby. Best results from the latest assays include 3m @ 41.75 g/t gold, including 1m @ 81.5 g/t, from a downhole depth of just 16m. 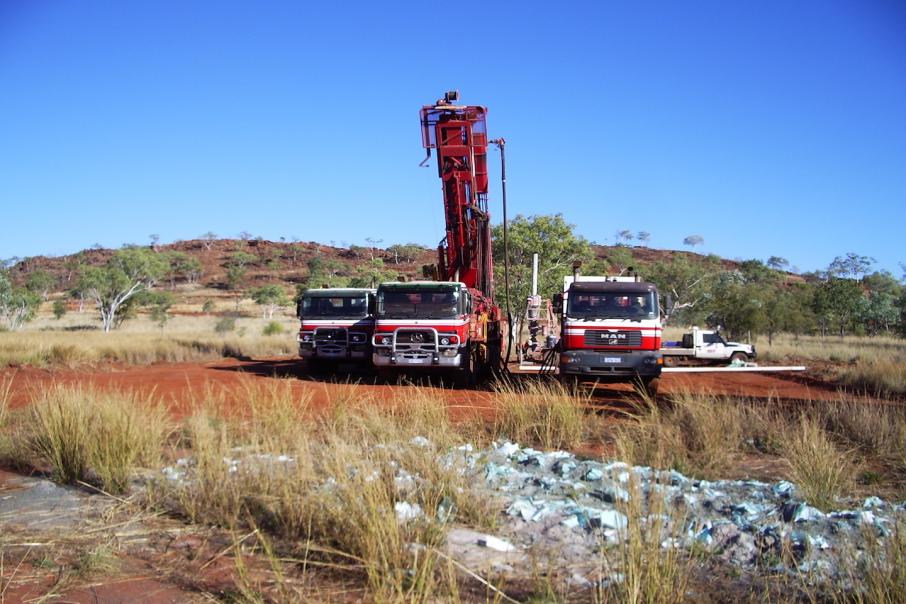 A close-spaced drill program by King River Copper at its Mt Remarkable project has produced a spectacular series of high-grade gold hits and validated the company’s view that it is really onto something at Mt Remarkable.

In an update to the ASX this week, King River Copper reported results from a program of shallow RC holes at the eastern end of the Trudi Vein, part of its 100%-owned Mt Remarkable project 200km south of Kununurra.

The holes were spaced at intervals of only 5m to get a firm fix on the extent of a high-grade gold zone and build the company’s knowledge of the very high-grade epithermal gold mineralisation.

The company is not wasting any time following up of the latest gold hits either, which showed the very high grade gold zone remained open to the east and at depth. The 5m-spaced grid has been extended to the east, and drilling has begun on a new 10m-spaced grid of deeper holes.

King River is also about to begin a program of four diamond drill holes to provide structural information on the high-grade zones.

In a statement to the ASX, the company said that initial close-space drilling had proven highly effective in identifying, delineating and extending the high-grade gold zones at Mt Remarkable.

It has underlined the company’s view that there is potential for repeats of additional high-grade gold shoots along approximately 1km of mineralised strike at Trudi.

The company said there is evidence of some structural changes about 600m east of the Trudi main area, with a zone potentially widening to over 25m.

King River management said “Identifying epithermal gold mineralisation, shallow and of such high grades, so early in this exploration area must greatly enhance the prospectivity of the numerous other under-explored vein systems that KRC have mapped at Mt Remarkable.”

The company said the latest results suggested the overall trend of mineralisation followed the intersection of the Grahame Vein with the Trudi Vein, which had been untested by historical drilling.

Mt Remarkable is the gift that keeps on giving for King River after the company simply walked up and pegged the ground last year.

There are plenty of new results to flow in over the coming weeks, with assays pending on three deeper holes about 250m to 350m east of the main Trudi zone, including one hole on the edge of the projected Grahame vein.

There’s nothing quite like super high grade gold results to get the market meerkats sitting up and King River appears to be putting on a show that is well worth watching at Mt Remarkable.