King River Resources has increased its footprint in the Northern Territory’s Tennant Creek copper-gold belt with the application for two prospective new exploration licences. One of the licence applications contains the same geological formation hosting the Tennant Creek and Rover goldfields, while the other covers the historical Kurundi open pit and underground mine where rock sampling returned over 5g/t gold and up to 9.7% copper. 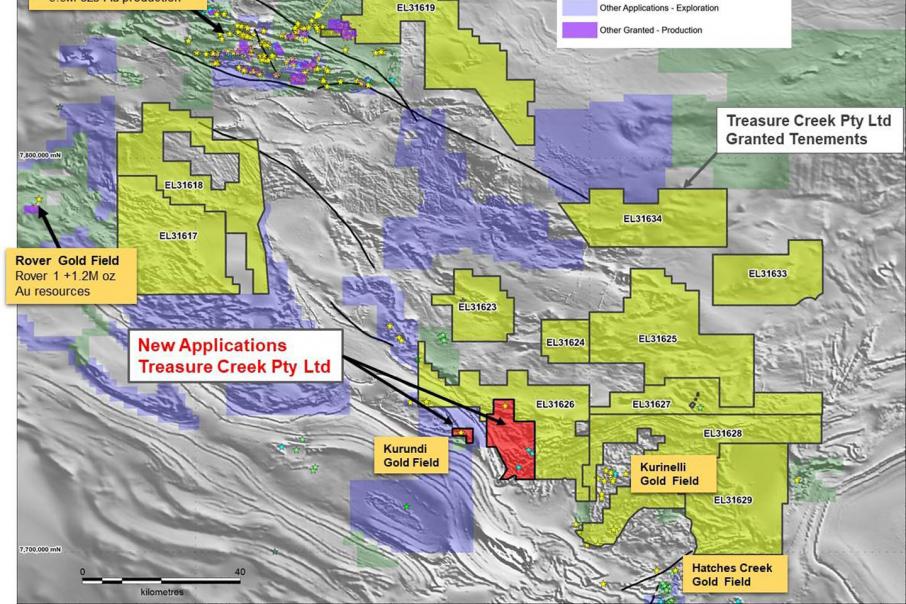 The applications complement the company’s 12 granted exploration licences in the NT, collectively known as the Treasure Creek tenements.

One of the new licence applications covers the Whistle Duck–Edmirringee trend where historical rock chip sampling returned up to 5% copper and 13 grams per tonne gold.

This trend continues into one of the company’s existing tenements to the east.

Additionally, the northern part of the application covers Warramunga geological formation that hosts the well-endowed Tennant Creek and Rover goldfields and the separate Davidson gold prospect.

The other licence application covers a part of the Kurundi Anticline and the historical Kurundi open pit and underground mine, where rock sampling returned over 5g/t gold and up to 9.7% copper.

The company plans to carry out ground geophysical surveys followed by drilling at the most mature of these targets that cover the under-explored eastern extensions of the Rover and Tennant Creek fields, respectively.

Historical exploration within the company’s tenement holdings has been sporadic and disjointed, with many interpreted exploratory target areas potentially lying just beneath shallow masking cover.