King River kicks off gold exploration in the Kimberley

King River Resources will recommence field exploration programs at its Mt Remarkable gold project near Kununurra, WA, later this month, to build on the success of last year’s discovery of high-grade mineralisation centred on the Trudi Main Zone. The company has also been granted a new exploration licence that surrounds the main prospect area and contains structural geological targets similar to those defined at Trudi. 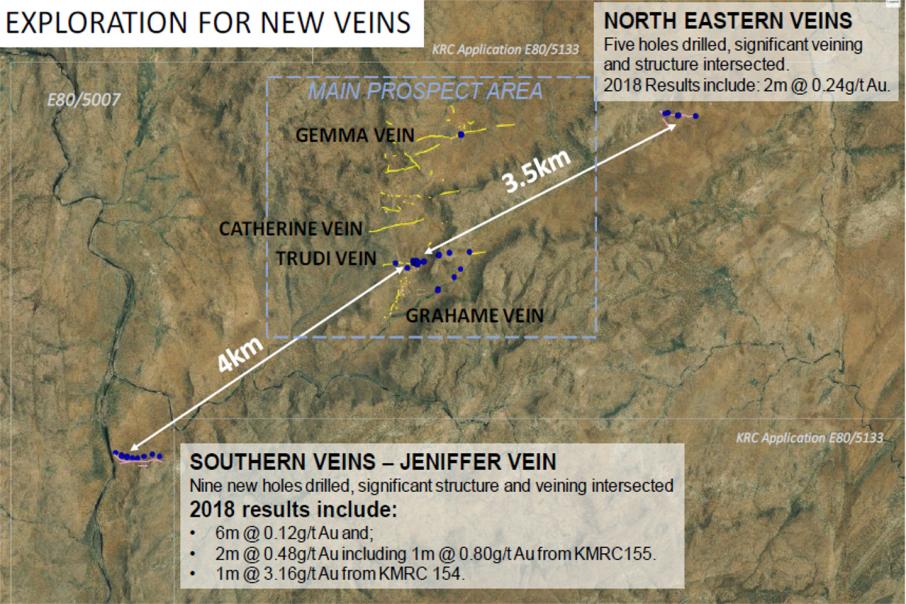 King River Resources is set to commence its 2019 exploration field season at the Mt Remarkable gold project near Kununurra in WA’s Kimberley region and build on the success of last year’s program centred on the Trudi Main Zone.

The task of potentially expanding that high-grade, gold-enriched, quartz vein-hosted ore system will be made easier, with the company recently having been granted a new exploration licence that surrounds last year’s discoveries.

The company said that field exploration programs consisting of reconnaissance geological mapping and sampling will kick off later this month and will also incorporate work over the newly granted tenement.

According to the company, the new exploration licence holds prospective quartz vein structures within the underexplored Whitewater Volcanics rock sequence, which is known to contain high assays of epithermal-hosted gold mineralisation.

85km to the northeast of Mt Remarkable, rock chips up to 50.65g/t gold have been sampled from the same sequence at the Hunter project, with very little effective exploration work for gold in between.

During 2018, King River was tripping over gold mineralisation at Mt Remarkable, with many areas adjacent to the Trudi Main, Trudi East Extension and Trudi Main Deeper targets still open along strike and at depth.

Strongly anomalous gold results were also outlined from the North Eastern Veins, 3.5km from the Trudi Vein and the Southern Veins, including the Jeniffer Vein set, 4km to the southwest of Trudi.

Numerous other narrower intersections around an ounce to the tonne gold were also drilled in the “Mid High Grade Zone” at Trudi, with mineralisation open to the west, east and down plunge.

The company will ground truth several geophysical and remotely sensed exploration targets, including structurally complex and demagnetised zones in the newly granted tenement, which appear similar to the geological setting of the Trudi Main Zone.

King River is also completing a review of drill core obtained last year from Trudi to improve its structural model for gold mineralisation within this region of the Whitewater Volcanics at Mt Remarkable.

It’s shaping up to be an interesting ride for the company in the Kimberley this year and although the targets are small and difficult to locate, last year’s discoveries show that lucrative high-grades of gold often hide within sets of quartz veining very close to the ground’s surface.

With that in mind, King River will have its nose to the ground in 2019, eking out potential new high-grade zones at Mt Remarkable gold project.