Chinese consul general Dong Zhihua is confident international trade won’t suffer long-term disruption from the COVID-19 pandemic, and is pitching for local businesses to come to a trade fair in November. 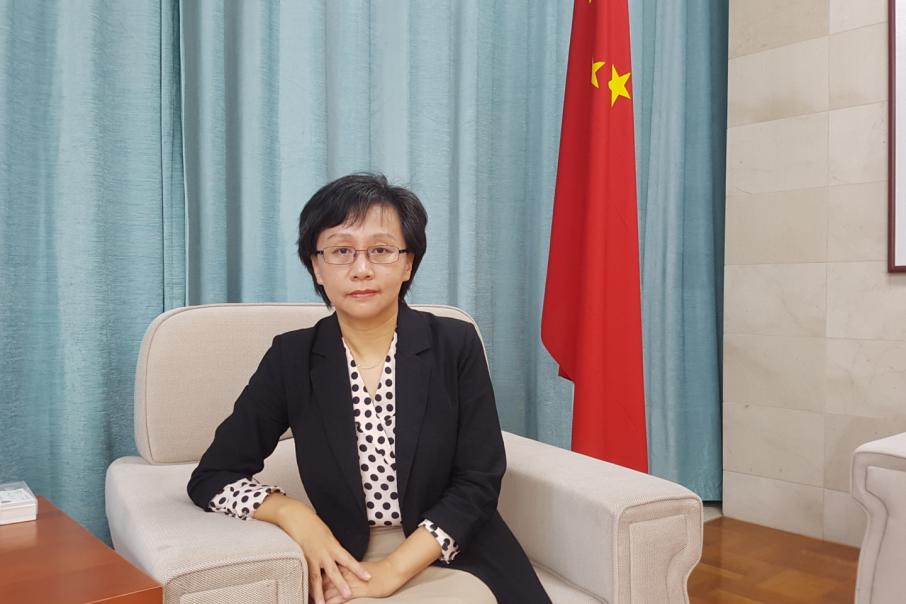 Chinese consul general Dong Zhihua is confident international trade won’t suffer long-term disruption from the COVID-19 pandemic, and is pitching for local businesses to come to a trade fair in November.

About $81.4 billion of WA goods were exported to China in the 2019 financial year.

“Once the (pandemic) is controlled globally, trade will get back under way,” Ms Dong said.

“We are confident decoupling (of trade) will not happen because we’re highly intertwined.

“It’s not practical or even feasible to think overnight you can change the global supply chain.”

During the crisis so far, the world had not witnessed a major move of supply chains out of China, she said.

But there have been some minor changes, with Japanese manufacturers reportedly temporarily shifting production to South-East Asian alternatives in February.

Ms Dong said she had much more confidence in Australia’s position and the government’s actions in dealing with the crisis than those of other countries.

Responding to criticisms of China’s handling of the pandemic, which originated in Wuhan, she said it was hard to judge when to undertake a shutdown.

“We have been criticised that we should've acted earlier,” Ms Dong said.

“We didn’t know this was a totally new virus, we need some time to really do some investigations before we take action.

“But once we knew, the Chinese government has taken immediate and very decisive action, going all out.”

Similarly she said there would be learnings from the initial response.

It has been reported the Wuhan city’s Public Security Bureau investigated eight doctors for spreading rumours about the virus when they raised alarm bells.

“The central government takes it very seriously; we sent a team to do an investigation concerning the media reports and spread in social media.

“We will learn from this … in the future we will do it even better.

“It is understandable at that stage, because it is really a very serious warning, it needs confirmation and thorough investigation before you come to a conclusion.

“You can’t rely on one individual.”

To that, she observed that China has been criticised for being too authoritarian in the shutdown, even though other countries like Italy were praised for similar strong action.

She said small and medium enterprises needed to have better access to Chinese markets, and encouraged them to apply to the 2020 expo.

More than $US70 billion of handshake deals were made at the last expo, with 3,800 businesses participating, according to the Chinese government’s data.

“It has long been the case that WA’s trade with China counts for more than half of the national total,” Ms Dong said.

She said she would be launching a campaign with the chief executives of local industry associations and encouraging the state government to secure a space for WA businesses.

The 2020 expo will be held in November in Shanghai.