Kairos Minerals has defined a coherent, 2.5km long gold and copper in-soil anomaly where company Geologists also stumbled across some lucrative looking rock chip samples grading up to 16.8% copper and 4.3g/t gold at its Croydon project, located near Port Hedland in WA. The soil anomaly contains a coherent, higher-grade core that stretches over 1.5km, with best numbers going around 200ppb gold. 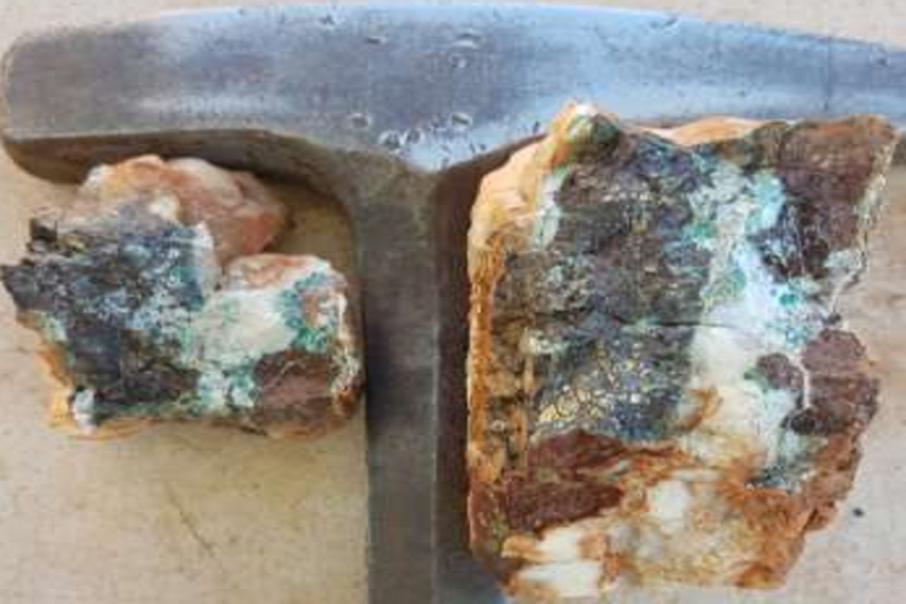 ASX-listed gold explorer, Kairos Minerals, is on a roll at its Pilbara gold project in WA, with recent exploration at the Croydon project near Port Hedland, defining a 2.5km long gold and copper in-soil anomaly with consistent barium peaking out at 3.7%.

This round of exploration follows up from an earlier campaign that identified a 1.1km long core anomaly with results over 100 parts per billion gold and peaking at 648 ppm gold – or 0.64 grams per tonne.

The current infill campaign returned a peak soil result of just over 1g/t gold with a consistent 0.2g/t gold anomaly over 1.5km in strike.

Whilst the company Geologists were walking the ground, they also picked up some lucrative looking quartz vein samples containing malachite and sulphides – two of these rock chips returned notable copper grades of 16.8% and 16.3% and gold grades of 4.3g/t and 1.3g/t.

Interestingly, across the same strike as the gold and copper anomaly, high-tenor barium values of approximately 3000 to 4000ppb were present.

According to Kairos, the next steps will be to keep chipping away at its exploration play to narrow in on the gold-copper anomalies for drill testing in the future.

Kairos Executive Chairman Terry Topping said:“The delineation of an extensive corridor of anomalous soils and rock-chips along strike from the high-grade copper and gold mineralisation discovered earlier this year represents a fantastic conclusion to our exploration field season at the Croydon Project.”

“… the scale, tenor and strength of the anomalism identified in this area combined with the presence of extensive nugget patches suggests that several mineralising events may have occurred in the area, further enhancing its exploration potential.

We plan to return in the New Year to progress this exciting project alongside ongoing activities aimed at expanding our significant Resource base at Mt York.”

Kairos recently cashed up to underpin exploration activities at its projects, with a plan now in place to punch out between 2000m and 3000m worth of drilling to further define a number of high-grade gold targets across the project including at the Iron Stirrup deposit.

Historic mining at Iron Stirrup totalled 125,493 ounces of gold up to the closure of the mine in 1998.

Since picking up its Pilbara gold project, Kairos has established a total resource of 14.4 million tonnes grading 1.39g/t gold for 643,000 ounces.

The company has joined a wave of junior explorers racing to be the next producer in the market with old gold ground that looks like it might ride again.