Kairos Minerals has recovered 223 gold nuggets weighing a total of 21.1 ounces that were hosted directly within a conglomerate unit, from a newly identified area at its Croydon project in Western Australia’s Pilbara region. The company said the discovery is analogous to the basal gold-bearing conglomerate horizon discovered by Canadian explorer Novo Resources at the Purdy’s Reward project more than 100km to the west northwest. 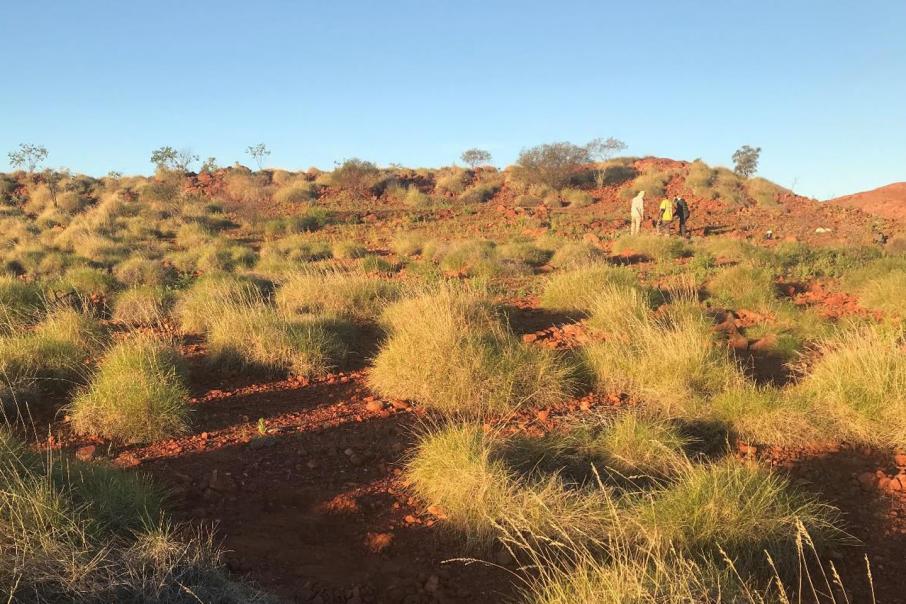 ASX-listed gold explorer, Kairos Minerals, is off to a running start for its 2019 exploration field season with the discovery of a significant new nugget patch at its Croydon project in Western Australia’s Pilbara region.

Notably, the company said the discovery is the first time it has encountered intact gold nuggets hosted directly within a conglomerate unit.

Kairos recovered 223 gold nuggets weighing a total of 21.1 ounces from a newly identified area located about 2km south of its initial nugget patch discovery in 2018.

Like its previous discoveries, the new nuggets display flattened “watermelon seed” shapes with a pitted texture that are characteristic of other conglomerate plays, with their rounded and irregular shapes and forms.

Management said the discovery is analogous to the basal gold-bearing conglomerate horizon discovered by Canadian explorer Novo Resources at the Purdy’s Reward project more than 100km to the west northwest.

That horizon has been mapped at surface over a strike length of 700m and width of approximately 200m, while the thickness ranges from 1m to 5m.

It will also compile and evaluate assay results from a major soil sampling program at Croydon before evaluating the optimum exploration pathway forward.

Executive Chairman Terry Topping said: “Our 2019 exploration field season in the Pilbara is off to a great start … This is the first time that we have found intact gold nuggets hosted directly in rock on our tenements – a really exciting development.”

“The conglomerate horizon occurs at surface and is therefore easily accessible from the perspective of metal detecting and potential future sampling and trial mining.”

“Importantly, the gold-bearing conglomerate appears to be directly analogous to the extensive gold-bearing horizon reported previously by Novo Resources Corp at its Purdy’s Reward Project near Karratha – demonstrating just how widespread this style of gold mineralisation is in the Pilbara.”

“Together with the results of previous stream sediment sampling and the extensive program of soil sampling currently underway, this has added significantly to our understanding of the scale of the exploration opportunity at the Croydon project.”

The Croydon project is located within the central part of Kairos’ larger, 100%-owned Pilbara gold project tenement holdings, about 100km to the west of the Mt York deposit where the company has already defined a JORC mineral resource of 486,000 ounces of contained gold.

Kairos’ continued success in unearthing gold nugget patches at Croydon is a definite positive for the company, as it seeks a clearer understanding of the prospectivity of the project.

That the latest find presents concrete evidence of gold nuggets within a conglomerate unit lends further credence to the belief that Pilbara hosts mineralisation similar to that found in South Africa’s Witwatersrand Basin, which has produced more than a third of the world’s gold from conglomerate-style, nuggetty mineralisation.